No Escape, Part Eleven: "Back"

The theme of this "No Escape" series is:  "Wherever you go, there you are." This remark sounds like a bit of contemporary pop psychology.  However, it may have its origins in a remark by Socrates.  This surmise is not based upon systematic research, but upon a passage from Montaigne (which I have previously posted):

"Ambition, avarice, irresolution, fear, and lust do not leave us when we change our country. . .  Someone said to Socrates that a certain man had grown no better by his travels.  'I should think not,' he said, 'he took himself along with him.'" 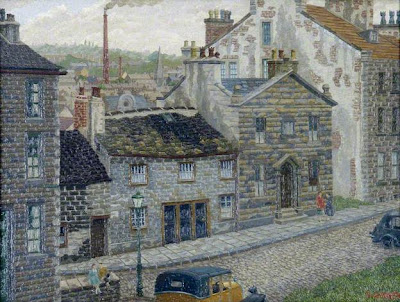 Yes, all roads do lead back to ourselves.  That being said, I know quite well the siren song of escape.  It goes something like this:  "I should not be withheld but that some day/Into their vastness I should steal away . . ." (Robert Frost, from "Into My Own.")

Where is that sought-for place
Which grants a brief release
From locked impossibilities?
Impossible to say,
No signposts point the way.

Its very terrain vague
(What mountainside?  What lake?)
It gives the senses nothing,
Nothing to carry back,
No souvenir, no photograph.

Towards its borders no train shrieks
(What meadowland?  What creeks?)
And no plane howls towards its heart.
It is yourself you hear
(What parks?  What gentle deer?).

Only desperation finds it,
Too desperate to blaze a trail.
It only lives by knowing lack.
The single sign that you were there is,
You know that you are back. 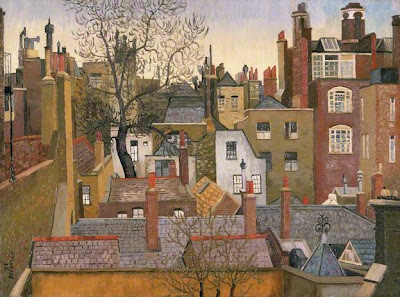