I've been thinking about the passage from P. J. Kavanagh's autobiography The Perfect Stranger that I quoted in my previous post, and, in particular, this:  "Once you've experienced the infinite significance of another person's life you feel something of the same for all lives, and for your own."  Is this merely a statement of the obvious?  I suppose the exemplary among us may find it to be so.  But I am not among that select group.  I have not lived in a manner that is a reflection of the truth Kavanagh states.  Too much sleepwalking and daydreaming.

But then an event such as the one that was the subject of the previous post occurs.  Or, as happened to me earlier this year, someone vanishes from your life for ever (a wake-up call from half a world away at 2:15 in the morning bringing news of death).  At these times "the infinite significance" of which Kavanagh speaks hits home -- at last, at long last. And, suddenly, there you have it:  the fragility and the evanescence of all we are and all we hold dear.

So, to quote again (please forgive me) from my previous post, this time from Philip Larkin: 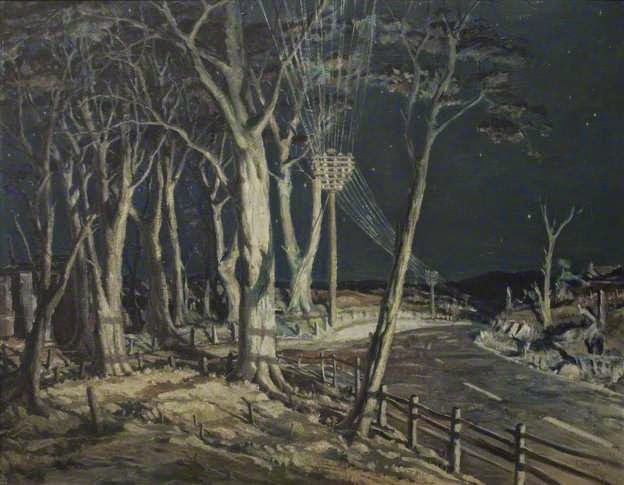 When I looked back,
The man who passed
Was lost in the mist.

A lantern
Entered a house
On the withered moor. 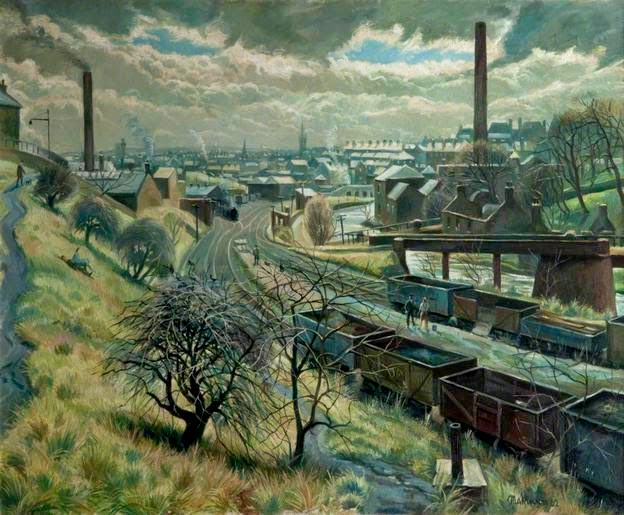 For all the evil that we witness as human beings, a deeper current runs always, invisible.  Thus, worlds and centuries apart, Robert Herrick and Masaoka Shiki saw, and felt, the same thing. 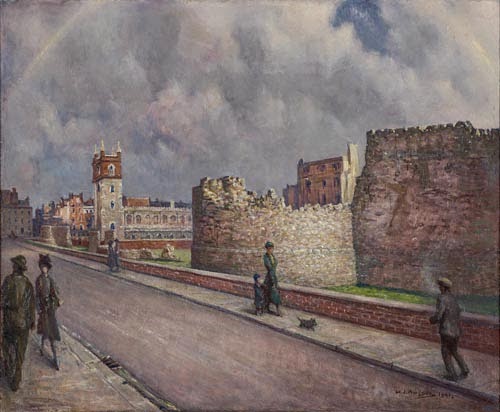 And now, from Japan and Devon, to Cumbria in the twentieth century.

'I'm having five minutes,' he said,
Fitting the shelter of the cobble wall
Over his shoulders like a cape.  His head
Was wrapped in a cap as green
As the lichened stone he sat on.  The winter wind
Whined in the ashes like a saw,
And thorn and briar shook their red
Badges of hip and haw;
The fields were white with smoke of blowing lime;
Rusty iron brackets of sorel stood
In grass grey as the whiskers round an old dog's nose.
'Just five minutes,' he said;
And the next day I heard that he was dead,
Having five minutes to the end of time. 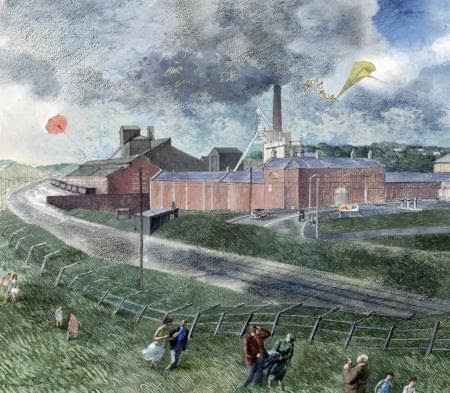 
Eliot called Tennyson the saddest of the English poets. If ever a poet were hamstrung, hobbled and shackled, by his time and his place it was Tennyson.

Eliot says that the surface of Tennyson's poetry "stirred about with his time; and he had nothing to which to hold fast except his unique and unerring feeling for the sounds of words." (Some think Tennyson had the best ear of all other English poets.)

Eliot adds that what We most often see of Tennyson is "that which moves between surface and the depths, that which is of slight importance."

No, Eliot says that by "looking innocently at the surface we are most likely to come to the depths, the abyss of sorrow."

Tennyson is, says Eliot, "a minor Virgil among the shades, the saddest of all English poets, among the greats in limbo, THE MOST INSTINCTIVE REBEL AGAINST THE SOCIETY IN WHICH HE WAS THE PERFECT CONFORMIST" (my emphasis).

Tennyson paid a terrible price for "giving in" to the mores of the time." One wonders about his internal war with himself. One wonders what he could have done were he coeval with Hardy or Larkin.

If we are talking about the loss of one we loved, how this loss tints the world with a cold grayness, chisels in the heart that things will never be the same again, I think that if we merely look at the surface, resist probing into the poem, panting for exegesis, we find Tennyson's poem "Break Break Break" (one written upon the death of Authur Hallam, Tennyson's best friend at a young age) moving, a powerful poem, a poem one should take on its surface.

I can't, right at the moment, think of a line that captures the stolid and interminable effect of the death of one we loved much than Tennyson's saying, at the end of the pome that "a tender grace" has vanished forever from the earth and that, alas, he knows all too well, heartbreakingly well, that it will never come back to him. "Tender grace" redeems the poem.

And I would that my tongue could utter

The thoughts that arise in me.


O, well for the fisherman's boy,

That he shouts with his sister at play!

O, well for the sailor lad,

That he sings in his boat on the bay!


And the stately ships go on

To their haven under the hill;

But O for the touch of a vanish'd hand,

And the sound of a voice that is still!

At the foot of thy crags, O Sea!

But the tender grace of a day that is dead

Will never come back to me

Anonymous: I greatly appreciate hearing these thoughts. I hadn't thought of Tennyson in the way you and Eliot describe him, but it makes perfect sense.

And your bringing in "Break, break, break" is, I think, a fine example of what you speak. For me at least, the "real" Tennyson only emerges in short poems like this (and, as other examples, "Flower in the Crannied Wall," "The Eagle," "Crossing the Bar," and a few poems in In Memoriam), rather than in the vast expanses of Idylls of the King, etc., etc.

I agree completely that "the tender grace of a day that is dead" is wonderful.

Anonymous (and I will be anonymous too) aptly quotes Tennyson's poem, a poem that reveals once again the singular nature of grief, the particular agony of the single heart. If we are born alone and die alone, we probably, when we cut to the marrow, grieve alone.

It's probably true that we do suffer alone, and for all I know we rejoice alone--so much of who and what we are is imprisoned in this carapace of flesh that imprisons us. In our most honest moments we, mortal and doomed, stand naked under infinity, indifferent skies.

Certainly, though, Loss is at the heart of the human condition. I can't think of anything more solitary and solemn than the individual mourning his or her loss. I think it was Yeats who said, "We love things and we lose them. What else is there to say?" At such times the world seems a little darker, and as the years progress the brightness of life seeps, if just a little, into sad memory.

Nobody knows this better than Wordsworth. Are we all not, to some degree, like Lucy--or like the single man who mourns her death?

She dwelt among the untrodden ways
Beside the springs of Dove,
A Maid whom there were none to praise
And very few to love.

A violet by a mossy stone
Half hidden from the eye!
--Fair as a star, when only one
Is shining in the sky.

She lived unknown, and few could know
When Lucy ceased to be;
But she is in her grave, and, oh,
The difference to me

Anonymous: thank you very much for your thoughts, and for adding Yeats and Wordsworth for our consideration.

As for the Yeats, I believe you may be referring to these lines from "Nineteen Hundred and Nineteen": "Man is in love and loves what vanishes,/What more is there to say?" Your recollection was very close to the mark! I sometimes grouse about Yeats, but he always redeems himself with lines like those.

And "She dwelt among the untrodden ways" is apt as well. I suspect that you, like me, have it paired in your mind with "A slumber did my spirit seal": they certainly play off each other, don't they? "A violet by a mossy stone/Half hidden from the eye" is wonderful, I think.