I must ask for your forbearance today.  As a follow-up to my previous post, I hope to offer a humble instance of the mysterious way in which poetry may unfold in our lives when we least expect it.  The request for forbearance relates, first, to my need to provide a personal anecdote, which I am customarily loath to do.  It relates, second, to what could be perceived as an attempt to place myself in the company of Robert Frost -- believe me, nothing could be further from my intentions.  My personal experience only serves as a necessary prelude to Frost's poetry.

In the summer of 1977, I lived in a cabin on the south shore of a small mountain lake in the panhandle of Idaho, up near the Canadian border.  By some quirk of long-ago governmental land title issuance, the cabin was the only dwelling on the lake.  The lake was roughly circular, about three-quarters of a mile in diameter.  I spent a great deal of time reading in a deck chair on the lawn beside the water or out on the dock.  An odd detail that I recall:  I was reading Aleksandr Solzhenitsyn's August 1914 much of that summer.

Every week or so, a moose would swim across the lake from the north shore at a steady, leisurely pace.  Each time this occurred, he or she would swim in a straight line towards the dock.  It emerged slowly out of the water and stepped into the reeds and cat-tails along the shore, only a few yards from the cabin.  It then walked calmly off into the trackless woods, paying me no mind. 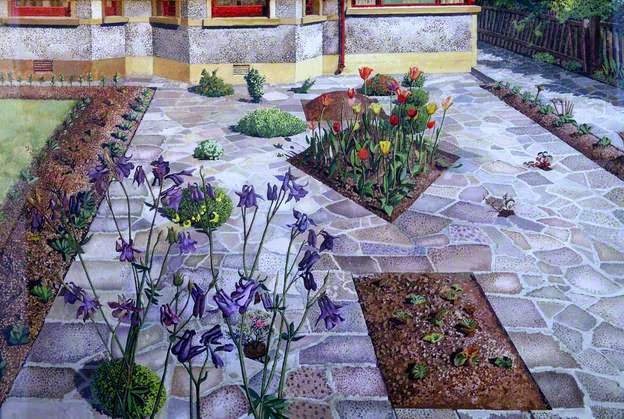 Twenty years later, thinking about the moose, I felt prompted to write this:

One summer, day after day, I watched a lake.
Nothing of that time remains in my hands.
Even then, I knew it would soon be gone.
None of it was, of course, mine to hold on to --
I'd watch the wind ripple from shore to shore
Till the rushes whispered in the shallows;
Once a week, a moose swam across the lake,
Stepped ashore, and walked off into the woods.
None of this, I knew, would pass my way again.

I offer this not for its negligible poetic merit, but solely as a record of the persistence of the moose in my memory. 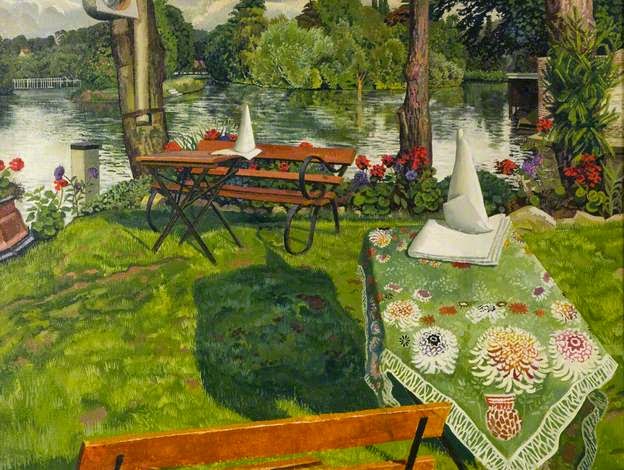 I am ashamed to say that I did not begin to go deeply into the poetry of Robert Frost until about 15 years ago, when I decided to move beyond the old chestnuts.  Six or seven years ago, I came across this  poem for the first time.

So that's it.  End of story.  Nothing earth-shattering.  A simple anecdote about life and poetry 30 years in the making.  You can imagine my emotions as I came to the end of "The Most of It."  Surprise and joy, of course.  And then a kind of serenity.  All serenity being short-lived.

I do not propose to draw some sort of all-purpose, all-encompassing moral to the story.  Poetry is not life.  Life is not poetry.  But, still . . . 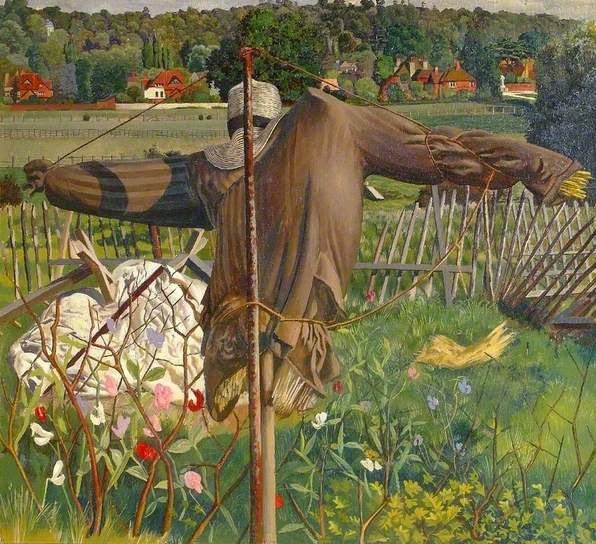 The unexpected encounter occurs in several of Frost's poems, but each encounter is different in some way.

"Two Look at Two" is one that comes immediately to mind.

Fred: well, the urge to return to Frost may have something to do with autumn lurking up around the bend -- up in the mountains around Tucson there may already be slight hints.

Thank you very much for "Two Look at Two," which was new to me. I have now read it: wonderful. "Still they stood,/A great wave from it going over them,/As if the earth in one unlooked-for favor/Had made them certain earth returned their love." Beautiful.

As ever, it is very nice to hear from you. Thanks for taking the time to visit.

Actually it's a bit early for Autumnal signs around here, even up in the Catalinas. We might see some in a couple of weeks though.

It's been a while since I drove up there, so perhaps it's time for a short vertically north trip.

Wow, your poem and Frost's both tell the same truth. I wonder that you don't share more of your own work. You are far too modest!

Fred: thanks for the follow-up. I seem to recall that you once mentioned a hike you like to take that has nice aspens -- I suspect that may be up in the Catalinas.

Esther: thank you very much -- that's very nice of you to say. As far as posting more of my poems: blogs are by their nature a vanity project, and I'm reluctant to add to that further by inflicting my poetry on loyal readers! I try to limit it to times when it adds directly to a point I am trying to make. But I greatly appreciate your comment.

Yes, the aspens up in the Catalinas, and we transplanted northerners try to get up there usually during Oct for a bit of real autumn scenery.

At Robert Frost's eightieth birthday celebration Lionel Trilling created a bit of a stir when he called Frost a dark poet, one who could at times be terrifying.

The persona of Frost as an avuncular rustic is sheer myth, this image of Frost whittling on a piece of wood as he drops corny apercus to the other hayseeds sitting around the pot bellied stove on a cold New England afternoon, yes, this idea of Frost is quite wrong. Frost was intelligent and sophisticated.

I find "The Most of It", though you may disagree, a disturbing poem, even if Frost, as he often does, hides his bleak vision.

The truth is, Frost thought that we human beings, we self-conscious creatures, do, to some degree, keep the universe alone.

We feel alienated from it, from nature, for the cycle of things. We poor humans cannot help falling in love with the world. It puts a spell on us.

We want this love reciprocated.We want nothing less than the universe, the heavens, whatever, to enunciate that it loves us to. We want a "counter-love" an "original response."

The only answer Frost's protagonists gets in the poem, if it's an answer at all, is a huge buck clambering from the water, its hooves clattering the rocks on the shore.

I'd suggest that the response could have been, for example, a hawk, its gimlet eyes glinting, plummeting from the sky and striking a myriad-colored bird (one we think that perhaps sings just to us); or perhaps the response could have been a huge but timid snake scrambling away from the man into the underbrush. Or as Yeats says, it could be the cry of stricken rabbit. Nature merely is; we--and we can't seem to help it--define and interpret it.

I find Frost's "And that was all," somewhat ironic, suggesting that "all" is really "nothing."

For example, in Frost's poem "Design," after musing and pondering what fate drove the insect into the spider web, suggesting it is "a design of darkness to appall," Frost closes by saying, "If fate govern in a thing so small."

It could be no more than that Frost understood that we live in an ambiguous world.

Fred: yes, the aspens are something to look forward to -- we have some in the mountains up here, but they are not as prevalent as in your area or as, of course, in Colorado. Thanks again.

Anonymous: thank you very much for those thoughts. I agree with your views on "The Most of It" and on Frost's poetry in general. In addition to "Design" (and many others), the poem that always comes to mind when it comes to Frost's "dark" side is "Desert Places" -- one of his best poems, I think.

I think we need to take Winters's view of Frost with a grain of salt. Although I am an admirer of Winters's poetry and criticism, his critical views could be eccentric and, well, wrong.

For example, his use of "The Road Not Taken" to label Frost as a "spiritual drifter" seems to be a willful misreading of the poem (and of Frost). HIs view of the poem is so simplistic that I almost feel that he is pulling our leg: "[A] spiritual drifter is unlikely to have either the intelligence or the energy to become a major poet. . . . Had Frost been a more intelligent man [!], he might have seen that the plight of the spiritual drifter was not inevitable, he might have judged it in the light of a more comprehensive wisdom. Had he done this, he might have written a greater poem." Hilarious. Winters' point is essentially this: Frost should have written a poem titled "The Road Taken." Then all would be well. (By the way -- and as you probably know -- Winters had very good things to say about "The Most of It" in the same essay.)

I didn't mean to mislead you. It's really only one stand of aspens that's easily visible from the road up in the Catalinas. The aspens in Arizona are concentrated more in the northern half of the state. But, we are grateful for what little we do have.

Yes, I have a copy of Trilling's speech that night, and it really brought into focus some things I had sensed but wasn't able to make concrete in my own thinking-a terrifying poet indeed. Trilling really nailed it for me.

"Design," "Desert Places," and "Out, Out--" are three poems that definitely belie his earlier reputation as a local, rural, bucolic poet, celebrating the joys of nature and the simple life.

Fred: thanks for the follow-up comments. Yes, Trilling's speech is very good -- it's funny that Frost's other side was never really emphasized in the earlier years. I suppose that Frost may himself be partly responsible, given his predilection for presenting himself as the New England Yankee cracker-barrel philosopher -- people took him at his word.

That's very possible. Frost's penchant for presenting one clear point of view throughout a poem and then reversing it or bringing it into question at the end would definitely play a role here.

Fred: good point -- if one is not careful, one tends to take him at face value, and fail to notice the ambiguities and/or reversals. All is not necessarily what it seems.

Agreed. One should always proceed with caution when reading Frost.