As August draws to a close, a visit to Thomas Hardy seems appropriate.  In a recent post, I mentioned an encounter with five Canadian geese.  The flock has now increased to twelve, circling the shoreline, calling.  As often happens when the World arcs into autumn, a Hardy mood has begun to steal over me.

I
A shaded lamp and a waving blind,
And the beat of a clock from a distant floor:
On this scene enter -- winged, horned, and spined --
A longlegs, a moth, and a dumbledore;
While 'mid my page there idly stands
A sleepy fly, that rubs its hands. . . .

II
Thus meet we five, in this still place,
At this point of time, at this point in space.
-- My guests besmear my new-penned line,
Or bang at the lamp and fall supine.
'God's humblest, they!' I muse.  Yet why?
They know Earth-secrets that know not I. 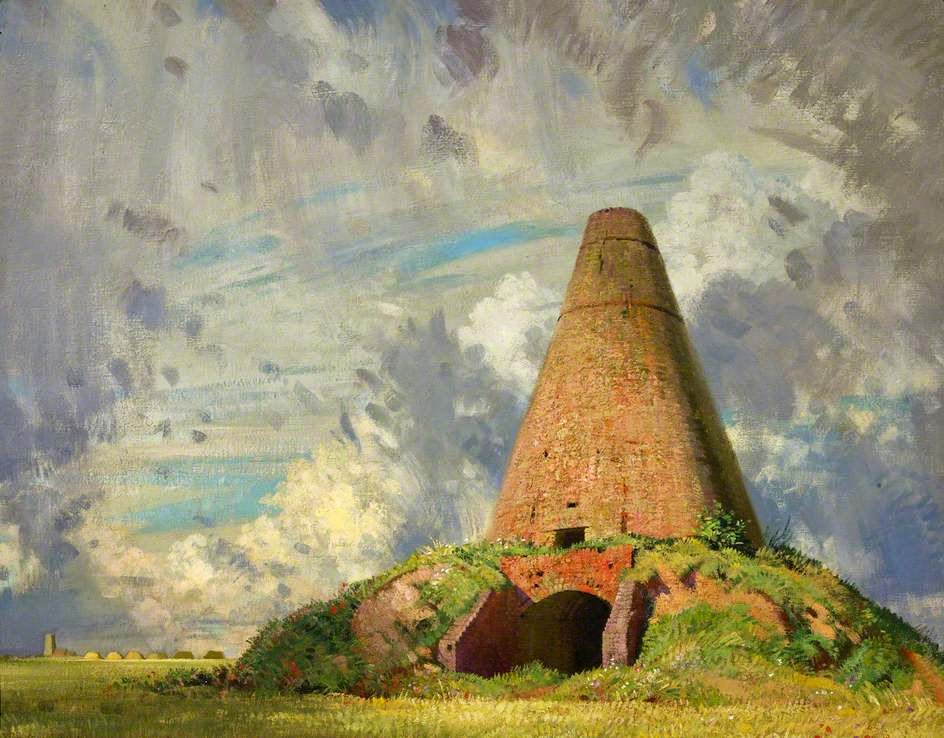 The thoughts expressed by Hardy at the close of the poem bring to mind this poem by Michael Longley.

Do they ever meet out there,
The dolphins I counted,
The otter I wait for?
I should have spent my life
Listening to the waves.

I do not believe that Hardy and Longley are sentimentalizing our fellow creatures, but simply pointing out the possibility of unknown affinities that we ought to attend to.  This may be accompanied by a dose of humility, which is never a bad thing. 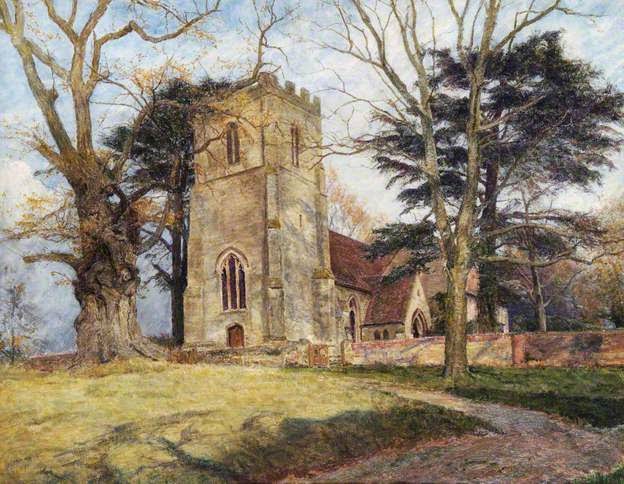 Perhaps we do not inhabit wholly different worlds after all.  Whether one is a strict evolutionist or a strict creationist, a scientist or a theologian, it matters not: I'd venture to say that a vital current, a common thread, wends its way through all these worlds.  Which is not always an unmixed blessing, some might argue.

Important insects clamber to the top
Of stalks; look round with uninquiring eyes
And find the world incomprehensible;
Then totter back to earth and circumscribe
Irregular territories pointlessly.
Some insects narcissistically assume
Patterns of spots or stripes or burnished sheen
For purposes of sex or camouflage,
Some tweet or rasp, though most are without speech
Except a low, subliminal, mindless chatter.
Take heart: those scientists are wrong who find
Elements of the human in their systems,
Despite their busy, devious trafficking
Important insects simply do not matter. 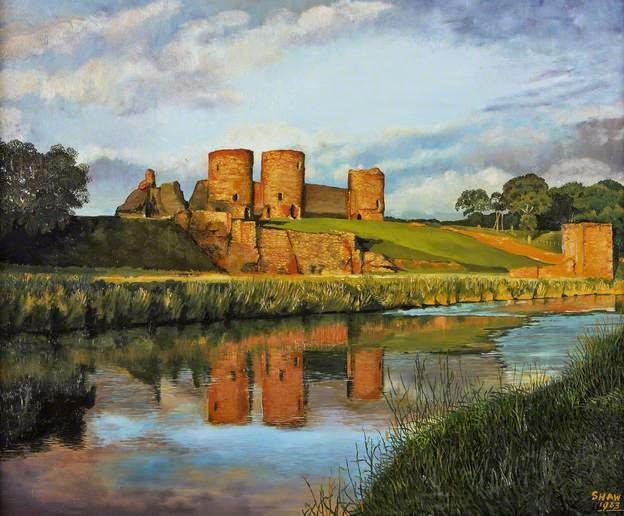 The World is reticent, as are the inhabitants of all the worlds that surround us.  But bear in mind that this talking business is overrated.  (Do not get me started on modern devices of "communication.")  To be reticent is not to be inarticulate.

Grasshopper!
Be the keeper of the grave-yard,
When I die. 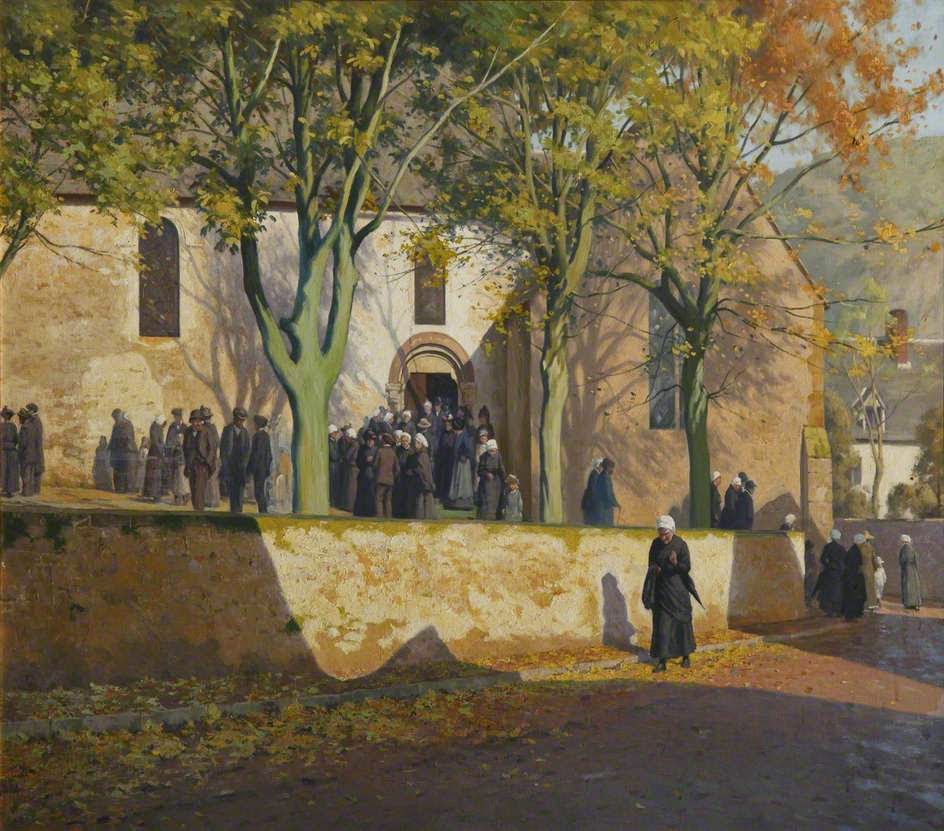 Thank you for today's post and, belatedly, the octopus pot haiku in the last posting. The idea of these other kingdoms of the feathered,furred, and scaled has been on my mind lately. End of Summer musings? The Longley poem is new to me - thank you for including it.
Mary

Joseph Wood Krutch, a favorite author of mine, once said that it is wrong to see signs of human behavior in the other animals on this planet. Instead, those congruences are signs of the animal in us. The poem. "Important Insects," could easily be about humans.

Mary: It's good to hear from you again. Thank you very much -- I'm pleased you liked the posts.

Yes, "end of summer musings" may account for the similar themes of the two posts -- that, and the geese that keep returning on my walks.

"Out There" is one of my favorites (both of Longley's and in general). I'm happy to have introduced it to you.

Fred: that's a perfect thought from Joseph Wood Krutch. Thank you very much -- it is new to me. You and I have talked about him before, and I do need to explore his works further.

As for "Important Insects": I would say that it is definitely intended to refer to humans. Although perhaps I am being too cynical.

The long-lived Stanley Kunitz saw many a summer come and go. I don't know for sure--sensibilities vary greatly--but it may be that as one ages, as the inevitable creeps nearer, the fading of summer, those tell-tale presentiments in the light, particularly the twilights of late August, yes, it may be that older eyes and older hearts sense that perhaps this time summer's slow seeping away, like a life-time friend, is saying good-bye for the last time.

The young do not hear the worm lisp the song of the marrow-bones. Time will make their hearing more acute.

End of Summer
By Stanley Kunitz

An agitation of the air,
A perturbation of the light
Admonished me the unloved year
Would turn on its hinge that night.

I stood in the disenchanted field
Amid the stubble and the stones,
Amazed, while a small worm lisped to me
The song of my marrow-bones.

Blue poured into summer blue,
A hawk broke from his cloudless tower,
The roof of the silo blazed, and I knew
That part of my life was over.

Already the iron door of the north
Clangs open: birds, leaves, snows
Order their populations forth,
And a cruel wind blows.


I doubt if any sedulous reader of poetry could imagine A.E. Housman's not having something to say about the abdication of summer and the entrance of fall.
He does. His observations and evaluations, since we know Housman, do not surprise us, but it's of no matter, really, because the poem is superb.

When summer's end is nighing
And skies at evening cloud,
I muse on change and fortune
And all the feats I vowed
When I was young and proud.


The weathercock at sunset
Would lose the slanted ray,
And I would climb the beacon
That looked to Wales away
And saw the last of day.


From hill and cloud and heaven
The hues of evening died;
Night welled through lane and hollow
And hushed the countryside,
But I had youth and pride.


And I with earth and nightfall
In converse high would stand,
Late, till the west was ashen
And darkness hard at hand,
And the eye lost the land.


The year might age, and cloudy
The lessening day might close,
But air of other summers
Breathed from beyond the snows,
And I had hope of those.


They came and were and are not
And come no more anew;
And all the years and seasons
That ever can ensue
Must now be worse and few.


So here's an end of roaming
On eves when autumn nighs:
The ear too fondly listens
For summer's parting sighs,
And then the heart replies.

When considering possible human behavior, one can never be too cynical.

Anonymous: Thank you for sharing Kunitz's poem, which is new to me. It is very apt, isn't it? I particularly like: "the unloved year/would turn on its hinge that night" and "the disenchanted field."

Your comment about how we become more keenly aware of these turning hinges as we age is well taken. That being said, as long as I can remember late summer and early autumn have evoked these feelings in me -- although now they indeed have more of an edge.

Mr. Floyd: It's very nice to hear from you again. Thank you very much for Housman's poem: I agree that it fits well here.

Yes, one would expect Housman to write such a poem, given that loss and longing are among his predominant themes -- perfect for late summer and autumn. But I completely agree with you: although we might expect it from him, this does not detract from the loveliness. Housman is what he is. And every poet has his or her own preoccupations.

Fred: Yes, alas, I'm afraid that's the case, isn't it? But I try my best -- not always successfully, of course -- not to succumb. Another good reason for reading Chinese and Japanese poetry: it is clear-sighted and unsparing about humanity's foibles, while counselling non-attachment.

Thank you for the follow-up thought.

I loved the poem by Hardy although the version I have has a different second verse - lines 3 and 4 are different:

Thus meet we five, in this still place,
At this point of time, at this point in space.
- My guests parade my new-penned ink,
Or bang at the lamp-glass, whirl, and sink.
"God's humblest, they!" I muse. Yet why?
They know Earth-secrets that know not I.

That said both versions are just lovely.

May I just say that I have been lurking here and reading your posts for a long time now. The poetry (and the accompanying pictures) are just wonderful.

Mr Docker: Thank you very much for the kind words, which I greatly appreciate. I'm happy to hear from you.

Thank you for pointing out the variant versions of those two lines. As you probably know, the lines you quote occur in the original edition of Poems of the Past and the Present. Hardy altered the lines in the 1920 "Wessex Edition" of his complete works, which is the edition I was quoting from. I agree with you that both versions are lovely.

Thank you again for your thoughts, and I hope I will hear from you in the future.

I am newly retired from a life well-lived. Coming to Hardy by way of Paul Fussell and Edmund Blunden as I study THE GREAT WAR. Yours is a creative and enlightened blog and I thank God for it.

Wim Grundy: Thank you very much for the kind words. I'm pleased that you found your way here, and I hope that you'll return.