In childhood, Christmas is a time of expectation and anticipation.  At some point -- ah, when? -- it becomes a time of reminiscence and reflection.  But I suppose that sounds a great deal like Life in general, doesn't it?

But one thing has not changed:  the lights.  Indoors, the lights on the tree, reflected in the ornaments.  Outdoors, the brightly-lit houses in the neighborhood.  The four white candles of the Swedish angel chimes.  A string of bubble lights.  Sentimentality?  Nostalgia?  Yes, of course. 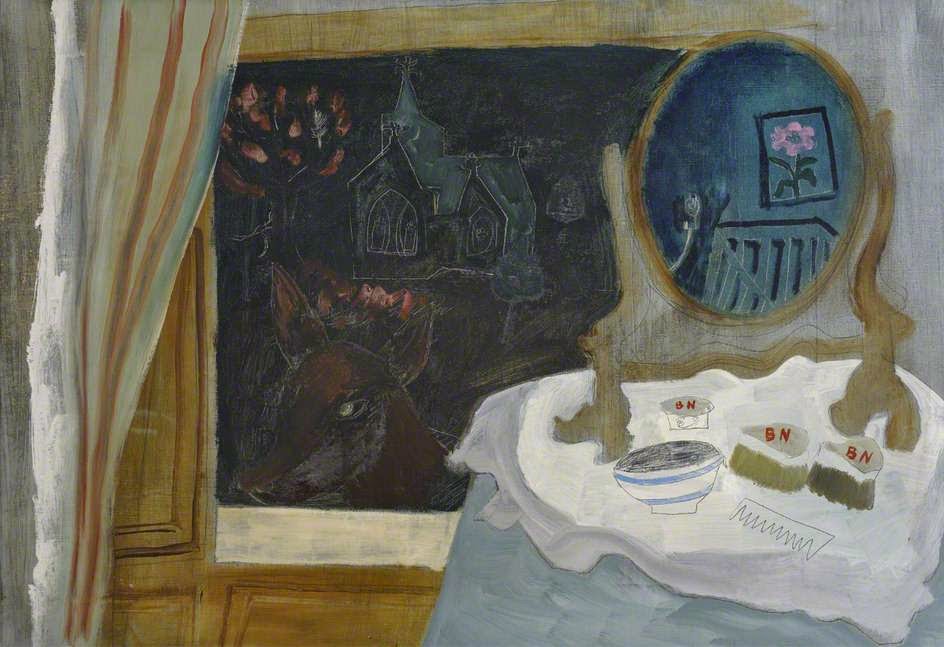 Back in October, I wrote about Thomas Hardy's humanity, honesty, and sincerity.  As fond as we moderns are of irony, we should put it aside when we read the following poem.

I take Hardy at his word.  And, with respect to the poem's last two lines, I would do exactly as Hardy says he would do.

Christmas Eve, and twelve of the clock.
"Now they are all on their knees,"
An elder said as we sat in a flock
By the embers in hearthside ease.

We pictured the meek mild creatures where
They dwelt in their strawy pen,
Nor did it occur to one of us there
To doubt they were kneeling then.

So fair a fancy few would weave
In these years!  Yet, I feel,
If someone said on Christmas Eve,
"Come; see the oxen kneel

"In the lonely barton by yonder coomb
Our childhood used to know,"
I should go with him in the gloom,
Hoping it might be so. 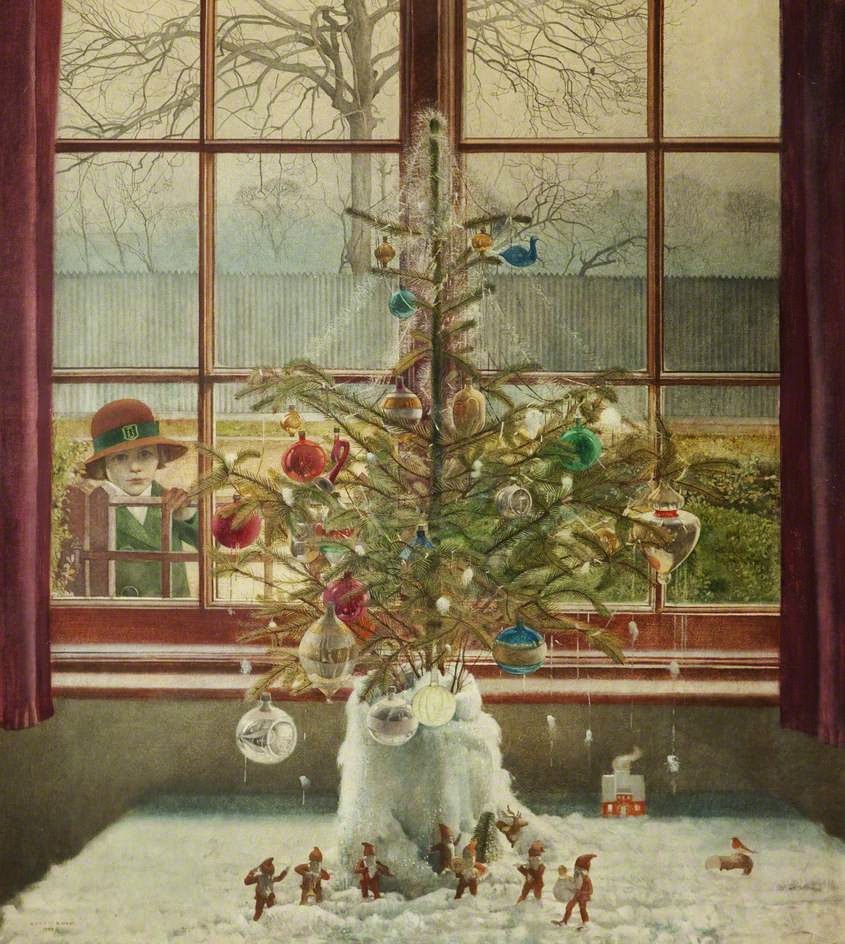 Hardy never condescends.  He may satirize and skewer the pretensions of those who think too well of themselves.  And, although he was acutely sensitive to criticism, both personal and literary, his humility was remarked upon by nearly everyone who met him in person.  That and his soft-spokenness.  Of course he was ambitious, but I think that in his heart of hearts he always thought of himself as a Dorset countryman.

Thomas Hardy, Winter Words in Various Moods and Metres (1928).  "The Casuals' gate" refers to a gate of the Union House in Dorchester.  J. O. Bailey, The Poetry of Thomas Hardy: A Handbook and Commentary (University of North Carolina Press 1970), page 581.  "In Hardy's time any 'casual' (pauper or tramp) could apply to the police for a ticket, with which he would be admitted for supper, a bed, and breakfast."  Ibid. 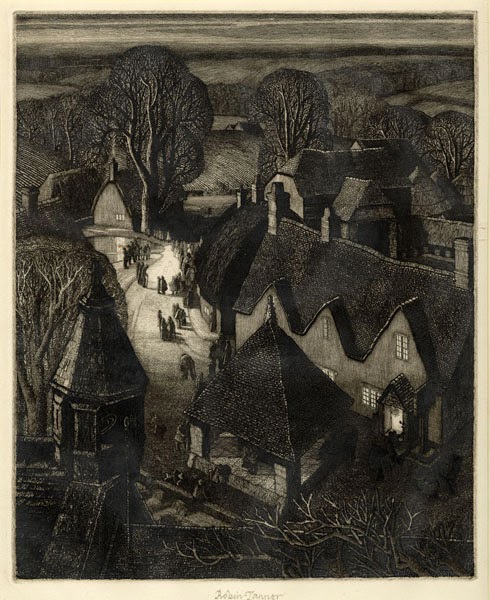 Christmas would not be complete for me without Hardy's input. The Oxen is a poem I am about to put on my blog, as I usually do on Christmas Eve.

Thank you for sharing some of my favourite Hardy poems, and wishing you Season's Greetings. Jennie C.

I, too, would go, ostensibly to disprove the old myth, but secretly hoping . . .

And thanks for the joy and enlightenment and pleasure your blog has given me over the past year.

Thank you especially for the Ben Nicholson; and that pair of boldly monogrammed hairbrushes would have been a popular Christmas present in the 30s.
Happy Christmas
S. Berris

I would go into the gloom also, no doubt at all. Thank you for your very beautiful postings all the year and a Happy Christmas to you and your loved ones.
Mary

Jennie C.: Yes, Hardy's Christmas poems are an annual ritual for me as well, including "The Oxen." I visited your posting of it today: those are beautiful photographs of the stream. (Of course, this is always the case with your photographs!)

Thank you very much for all of your visits and comments throughout the year. Merry Christmas!

Fred: I greatly appreciate your kind words. Thank you. And I thank you as well for your long-term presence here: I always look forward to hearing from you. Merry Christmas!

E Berris: I'm pleased you liked the Nicholson painting. It has a beguiling group of images, both inside and outside, doesn't it? The items on the table, the reflection in the mirror, the church, and the animal peering in at the window: I've never been able to figure out if it is a deer or a horse. (If it is the former, I am put in mind of Edward Thomas's "Out in the Dark" or Thomas Hardy's "The Fallow Deer at the Lonely House.")

Thank you very much for all of your visits throughout the past year (and in previous years as well). Merry Christmas!

Mary: I'm pleased to hear that I am not alone in that sentiment.

Thank you very much for your kind thoughts. You are very welcome. For my part, I'm grateful for your many visits here over the years. Merry Christmas to you and your loved ones as well. And best wishes for the coming year.

Thanks for your posts.

Thank you, Mr Pentz, for this post and another year of stimulating, beautiful poems and paintings. Your work and your reflections are much appreciated. Happy Christmas from the Isle of Wight.

Rose: You're very welcome. And thank you very much for your visits here. Merry Christmas and Happy New Year!

Mr Trotman: Thank you very much for your kind thoughts, which I greatly appreciate. And thank you as well for all of your visits here. Merry Christmas and Happy New Year!

A few days ago I came across the below poem by Hardy. I thought I knew all of Hardy--foolish boasting of course, but Hardy wrote so many poems that we don't know his work as well as we think we do. Often, if you're like me you run across a Hardy poem you haven't read before.

The below poem has to do with Christmas. I confess I find it enigmatical. I'm not sure what it means.

A Nightmare, And The Next Thing

On this decline of Christmas Day
The empty street is befogged and blurred:
The house-fronts all seem back wise turned As if the outer world were spurned:
Voices and songs within are heard,
Whence red rays gleam when fires are stirred, Upon this nightmare Christmas Day.

The lamps, just lit, begin to outloom
Like dandelion-globes in the gloom;
The stonework, shop-signs, doors, look bald:
Curious crude details seem installed,
And show themselves in their degrees
As they were personalities
Never discerned when the street was bustling With vehicles, and farmers hustling.
Three clammy casuals wend their way
To the Union House. I hear one say:
"Jimmy, this is a treat! Hay-hay!"

Six laughing mouths, six rows of teeth,
Six radiant pairs of eyes, beneath
Six yellow hats, looking out at the back Of a waggonette on its slowed-down track Up the steep street to some gay dance, Suddenly interrupt my glance.

They do not see a gray nightmare
Astride the day, or anywhere.

Anonymous: Thank you for sharing "A Nightmare, and the Next Thing" which has, in fact, appeared here in the past -- paired with "Christmastide." In fact, J. O. Bailey states: "'Christmastide' is a companion-poem to 'A Nightmare, and the Next Thing'." The Poetry of Thomas Hardy: A Handbook and Commentary (University of North Carolina Press 1970), page 581.

I agree that it is an enigmatical poem. For what it's worth, here is what Bailey says about the poem: "It may be [set in the Christmas] of 1926 or 1925, when he had passed his middle eighties, was physically feeble, and, looking toward death as a release from life, was taking a last Christmas walk alone in the gloom. If the nightmare is a foreboding of death, the 'next thing' may be death itself." Ibid, page 592.

Personally, I have always thought that the six jolly women are "the next thing" that shakes Hardy out of his brooding over his "gray nightmare." As such, they perform the same happy office as both the "three clammy casuals" in this poem and the solitary "casual" in "Christmastide." But I may be completely wrong.

Hardy's poem, and one of my favorites, "The Darkling Thrush" has the same format.

"The ancient pulse of germ and birth
Was shrunken hard and dry,
And every spirit upon earth
Seemed fervourless as I.

At once a voice arose among
The bleak twigs overhead
In a full-hearted evensong
Of joy illimited;"


The world seems dark and dreary, but then something happens that brings a bit of light into the gloom.

Fred: Thanks for making that comparison, which I hadn't thought of. For all of his purported "pessimism" (realism, I would call it), Hardy is certainly open to "joy illimited" when it appears.

By the way, I noticed that you posted "A Nightmare, and the Next Thing" on your blog on Christmas day -- so this discussion fits in well with the thoughts that appear in your post.

As ever, thank you for stopping by. Happy New Year!

I also posted "Christmastide" on Christmas Day in 2012. At that time I hadn't encountered "A Nightmare...", so I couldn't put them together as they should be.

Fred: As we have discussed before, one of the pleasures of reading Hardy is that you are always encountering something new or something you might have read once, but had forgotten. I'm still looking forward to discovering new Christmas poems by Hardy.

Thank you for the follow-up comment. Happy New Year!

And more seasonal poems as well.

A happy new year of more surprises from Frost and Hardy, and others I haven't encountered as of yet.

Fred: I agree. When it comes to Hardy, I have put pieces of note paper inside my copy of his Collected Poems on which I have written lists of recurring subjects: e.g., Autumn, Winter, Ghosts, Rain, etc. Thus, as new discoveries occur, I add poems to the lists. Otherwise, I'm likely to forget!