Partridges At Twilight And Summer Grasses

On the one hand, the news of the world counsels us, on a daily basis: Abandon all hope!  On the other hand, the modern gods of Science, Progress, and utopian political schemes whisper in our ear:  We know the Truth.  We have a plan for you.  Trust us.  Both pieces of advice are falsehoods.

Consider the messengers.  The people who deliver these messages have no heart.  The individual soul is of no interest to them.  The media?  Social scientists?  Politicians?  Those in search of heart and soul need to look elsewhere.

Where, then, should we turn?  Well, as one might expect, I'm inclined to suggest that poetry may be a good place to start.  It is not the only place, of course.  We are in search of that which is "true and not feigning," wherever we can find it. 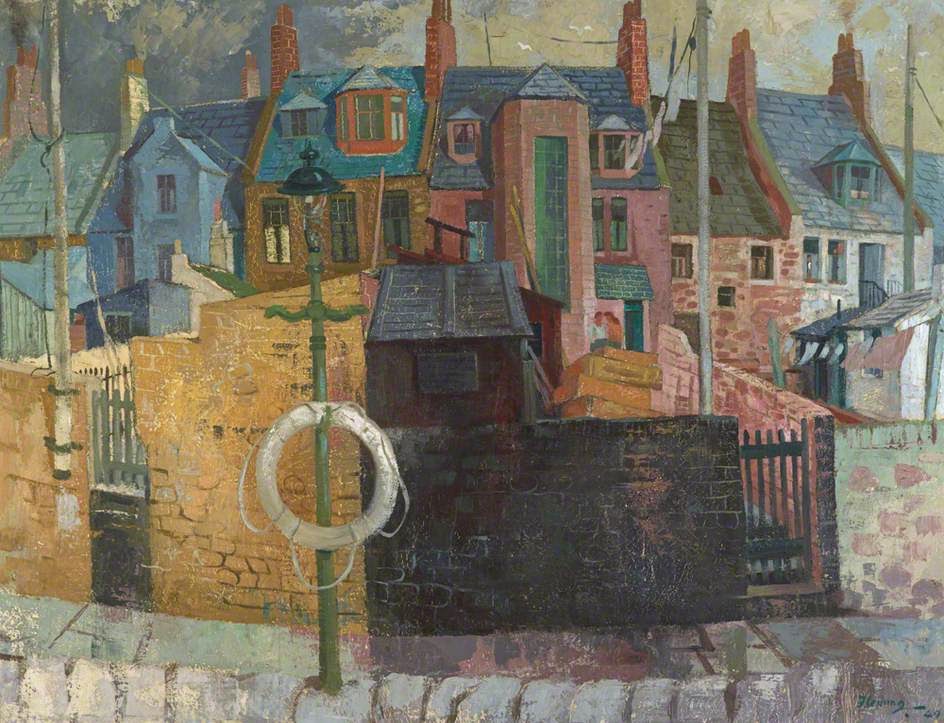 Ah do not strive too much to know,
My dear Leuconoe,
What the kind gods design to do
With me and thee.

Ah do not you consult the stars,
Contented bear thy doom,
Rather than thus increase thy fears
For what will come:

Whether they'll give one winter more,
Or else make this thy last;
Which breaks the waves on Tyrrhene shore
With many a blast.

Be wise, and drink; cut off long cares
From thy contracted span,
Nor stretch extensive hopes and fears
Beyond a man:

E'en whilst we speak, the Envious Time
Doth make swift haste away;
Then seize the present, use thy prime,
Nor trust another day.

Horace (translated by Thomas Creech), Odes, Book I, Ode 11, in Thomas Creech, The Odes, Satires, and Epistles of Horace (1684).

Critical opinion is divided as to whether Horace is providing sage advice to a young friend or wooing a prospective lover.  But, whatever his motives, the advice is clear:  carpe diem (which Creech translates as "seize the present" rather than the usual "seize the day"), for you may not be here tomorrow. 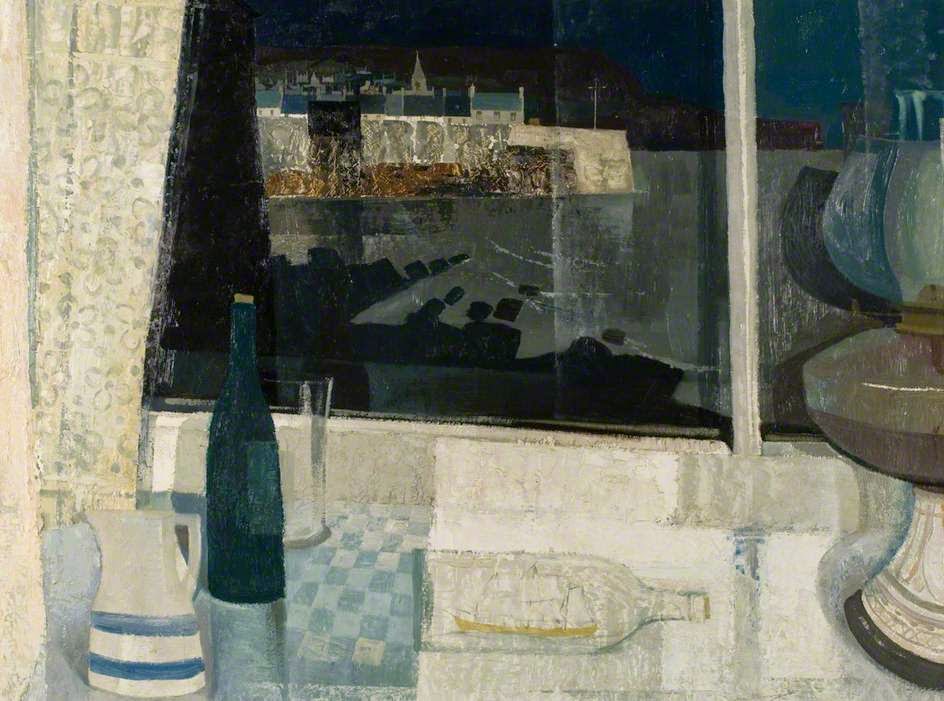 The post-Enlightenment belief in the perfectibility of society, and in our ever-advancing march into a promised utopian future, is, not surprisingly, accompanied by ignorance of both human nature and history on the part of the true believers.  But, should the busybodies wish to educate themselves (an unlikely prospect), they need not look far to discover what they ought to have known from the start:  for centuries, poets have been telling us exactly how human nature and history work.

The Ruin of the Capital of Yueh

Hither returned Kou Chien, the King of Yueh, in triumph;
He had destroyed the Kingdom of Wu.
His loyal men came home in brilliance of brocade,
And the women of the court thronged the palace
Like flowers that fill the spring --
Now only a flock of partridges are flying in the twilight.

The poem brings to mind a passage from Herodotus:

"For the cities which were formerly great, have most of them become insignificant; and such as are at present powerful, were weak in the olden time.  I shall therefore discourse equally of both, convinced that human happiness never continues long in one stay." 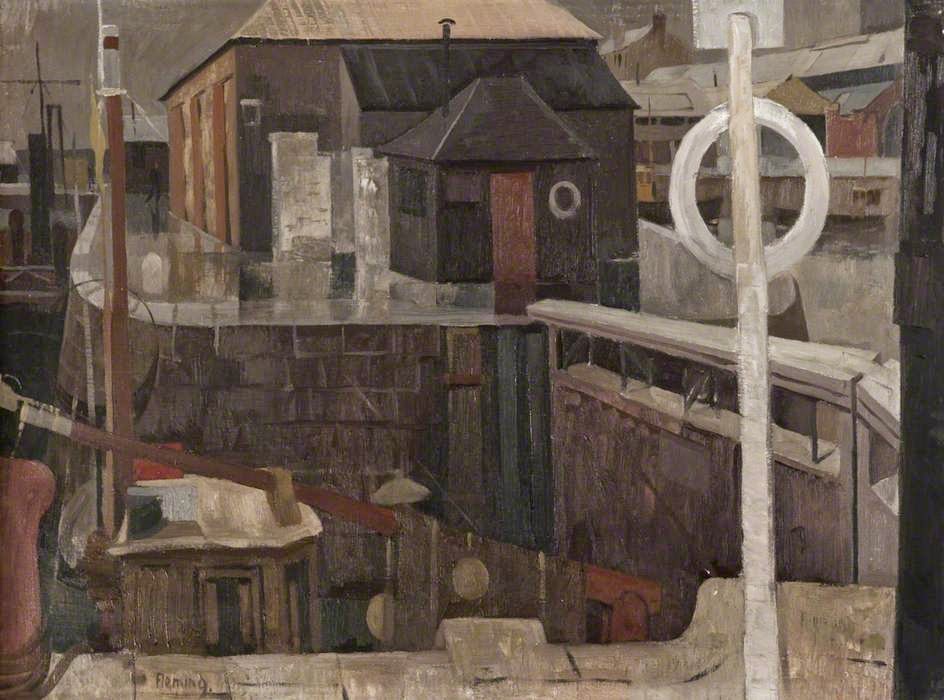 Basho wrote the following haiku in 1689, when visiting Hiraizumi, the site of a 12th century battle between two samurai clans.

Ah!  Summer grasses!
All that remains
Of the warriors' dreams. 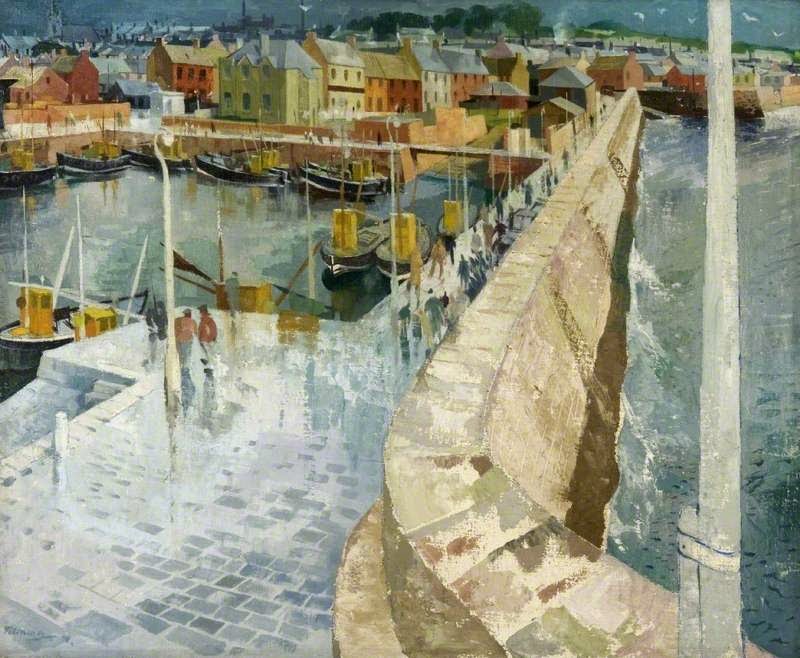 Finally, Scotland in the 20th century brings us full circle.  Kingdoms, dynasties, clans.  An individual life.  One and the same.

Beside one loch, a hind's neat skeleton,
Beside another, a boat pulled high and dry:
Two neat geometries drawn in the weather:
Two things already dead and still to die.

I passed them every summer, rod in hand,
Skirting the bright blue or the spitting gray,
And, every summer, saw how the bleached timbers
Gaped wider and the neat ribs fell away.

Time adds one malice to another one --
Now you'd look very close before you knew
If it's the boat that ran, the hind went sailing.
So many summers, and I have lived them too.

As I have noted in the past, I cannot claim to have gained any wisdom during my years on Earth.  I am not qualified to give advice on how to live. But I do know that human nature never changes.  And I also know that the World is a paradise just as it is.  At this moment. 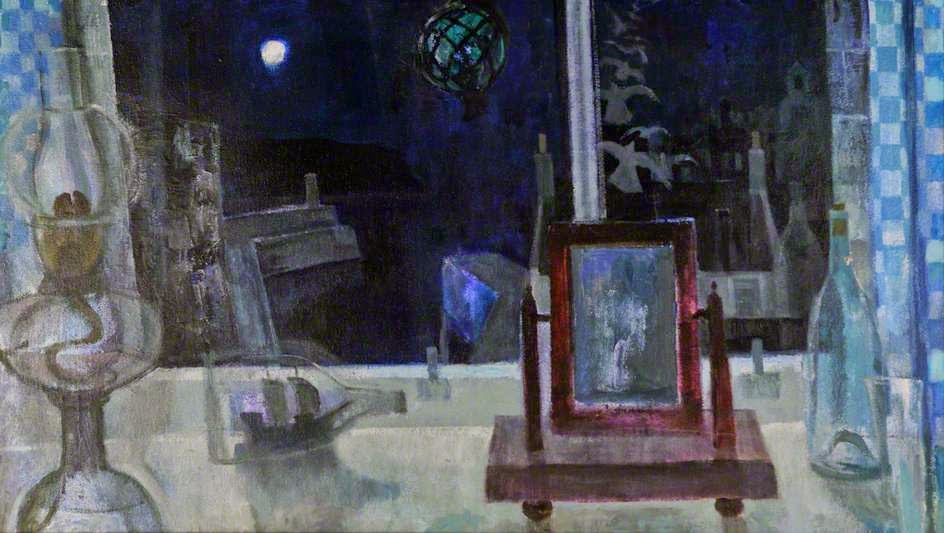 Ian Fleming, "Fisherman's Window"
Posted by Stephen Pentz at 1:20 AM

As I began reading your post, my first thought was of a haiku by
Basho. It was the one you later provided. Here is a slightly different translation, but the point is made:

Do we labor to say too much? In this labor do we miss the moment?
Feel deeply, see deeply, but say little, for little is all we know.

Strive to say your few words "Because tomorrow our soul sets sail."

I have always enjoyed the poems of the Greek poet George Seferis.

(Though not as much as I adore Cavafy, who is, it seems to me, the poet who knows better than any one else what beauty and the grace and bliss that accompany it has vanished from the world never to return.)

The below few lines, If you will permit me, from Seferis's "Three Secret Poems," link nicely to your apt quotation from Horace:

All I want is to speak simply; for this grace I pray.
For we have loaded even the song with so many kinds of music
That gradually it sinks.
And our art we so decorated that beneath the gilt
Its face is eaten away.
And now it is time for us to say the few words we have to say
Because tomorrow our soul sets sail.

Fred: That's nice that Basho's haiku occurred to you as well. I read Li Po's poem last week, and the haiku came to mind as I read it. So I wanted to place the two of them beside each other.

Thank you for the additional translation. As we have discussed before, seeing a number of translations is very helpful, perhaps especially in the case of haiku, since much is left unstated. Basho's use of the summer grass here is wonderful, and it is interesting to see how different translators deal with it.

Mr Floyd: Thank you very much for the wonderful poem by Seferis. I love the final two lines. And I agree with you that it goes well with Horace's ode (as well as with the other poems in the post).

Since I am so fond of Edmund Keeley and Philip Sherrard's translation of Cavafy's poetry, I long ago obtained a copy of their translation of Seferis's Collected Poems: 1924-1955. I confess that I have found him difficult to warm up to. However, the poem you share, which is new to me, makes me think that I should give him another try.

Thank you again. It is always good to hear from you.

I'm beginning to believe our only saviours are the poets.

Janet: Thank you very much for the kind words.

With regard to your thought about the role of poets, I tend to agree, with the proviso that poems are only (as I mentioned in a recent post) a finger pointing to the moon, not the moon. Then again, as Auden states in "In Memory of W. B. Yeats": "poetry makes nothing happen." But of course he immediately qualifies his statement with this: "it survives/A way of happening, a mouth." And, come to think of it, I am perfectly content with anything that "makes nothing happen"!

Robert Bly's translation of Rilke's The Swan is, too, a comfort like nothing else.

Shelley: Thank you for recommending the poem, which is new to me. I have just found it on the Internet. Lovely.