The fact that our life consists of a collection of moments, some more redolent than others, is not an argument for hedonism.  Hedonism gets in the way of appreciating the scene-by-scene movement of our lives.

The pursuit of pleasure or happiness or money or any of the other chimeras that are the staples of popular culture (and of its all-pervasive partner-in-crime, advertising) is an empty, ultimately unsatisfying, diversion. Frenetic hedonism has nothing to do with our soul.  We really ought to stop trying so hard.

Pino, a hill-top village, slanting street
and at the corner a wall where gossips sit
in a row at sunset, like migrating birds,
backed by the sky and forty miles of plain.

Buses heading for somewhere else; the words
cart wheels grind and jerk or a peasant cries
as the white oxen lift their swinging throats,
somnambulists with long Egyptian eyes.

The 'National' inn, the sleepy, smiling maid,
the queenly, fat Madame in a dress of spots;
simple kindnesses like that harsh strong wine;
and two weeks blank of great events.  In fine

A time of waiting.  Most of our life is that.
But waiting sometimes vivid with the sign
of things amazingly connected; whether some
day of thunder or night with the Plough slung over
the road of foreboding and of dreadful hope,
the road to the towns and what there was to come.

Bernard Spencer, Complete Poetry, Translations and Selected Prose (edited by Peter Robinson) (Bloodaxe Books 2011).  The poem was probably written in 1947, although the date is uncertain. The village that Spencer writes of is Pino Torinese in the Piedmont of Italy.

Spencer has a wonderful habit of moving from exact, evocative description to a gently-realized piece of wisdom.  Not a "moral" intended for our edification, mind you.  Rather, the observations of a sensitive man thinking to himself; someone who has lived, and who now finds himself considering where his life has led him, and what he has learned.

Thus, the lovely passage beginning:  "In fine//A time of waiting.  Most of our life is that./But waiting sometimes vivid with the sign/of things amazingly connected . . ."  There is no pontificating or posturing.  This is simply the product of a life lived. 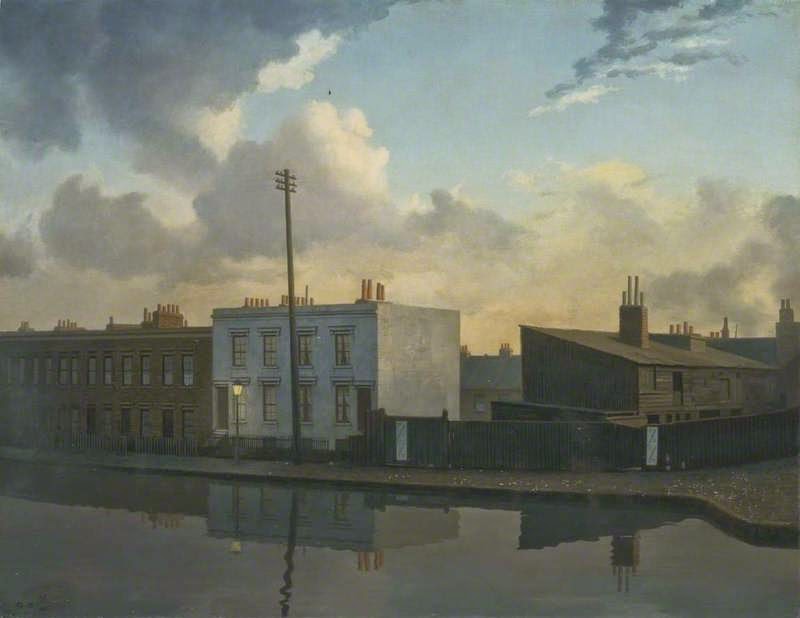 Think about the moments in your life that have the most resonance for you, that mean the most to you.  I'd wager that few of those moments were planned:  they just happened.

Five boats beside the lake,
pulled bows first up the shore; how hard it is
to draw them, from each angle changing, elegant:
their feminine poise, the 'just so' lifting sweep
of the light timbers round the flanks sucked thin
into the thirsty bows;
the same or nearly
as makes no difference, since men settled first
near these magnolias, lived the different life
that is always the same; fished, traded, hammered, gossiped
wanted their food and wine, appeased the Powers,
meditated journeys
or turned and turned in their minds some woman's image,
lost or distant.
Near this bench and the keels
someone has scratched in the dust the name ELSA.

As I have mentioned in the past, Spencer lived a peripatetic life.  He was employed by the British Council, and his postings took him to Greece, Egypt, Spain, and Austria.  While on those postings, he holidayed in various countries in Europe.  Hence, his poetry can be seen as a travelogue of sorts, consisting of vignettes of his experiences along the way.

But the words "travelogue" and "vignette" are far too limiting:  Spencer's poems are never merely reportage of local color.  They are, as noted above, exact and evocative in their descriptions of places and people.  Yet -- as in the poems that appear in this post -- his observations of the particular nearly always lead Spencer toward a low-key truth about how we humans live.  "Near this bench and the keels/someone has scratched in the dust the name ELSA." 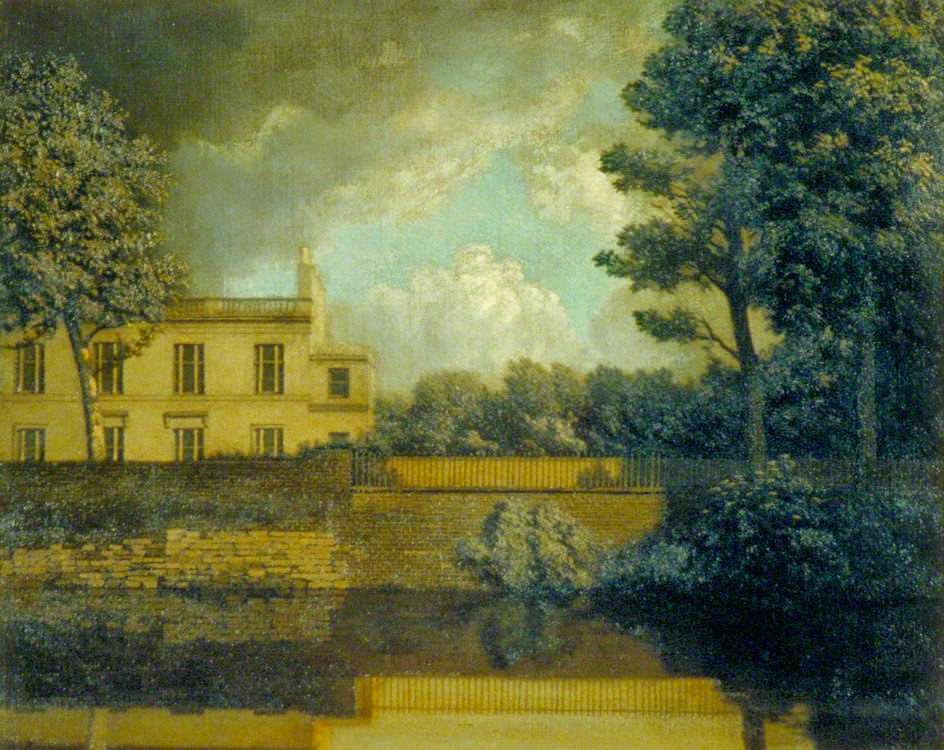 I am very fond of the following poem, which has appeared here before.  But, because it exemplifies what I have been attempting (inarticulately) to say about Spencer's poetry, now is a good time to pay it another visit.

If we have been fortunate and blessed, we know exactly what Spencer is talking about.  I first read this poem 25 or so years ago, but I have never gotten over these beautiful lines, and the truth they tell:  "We two.  And nothing in the whole world was lacking./It is later one realizes." 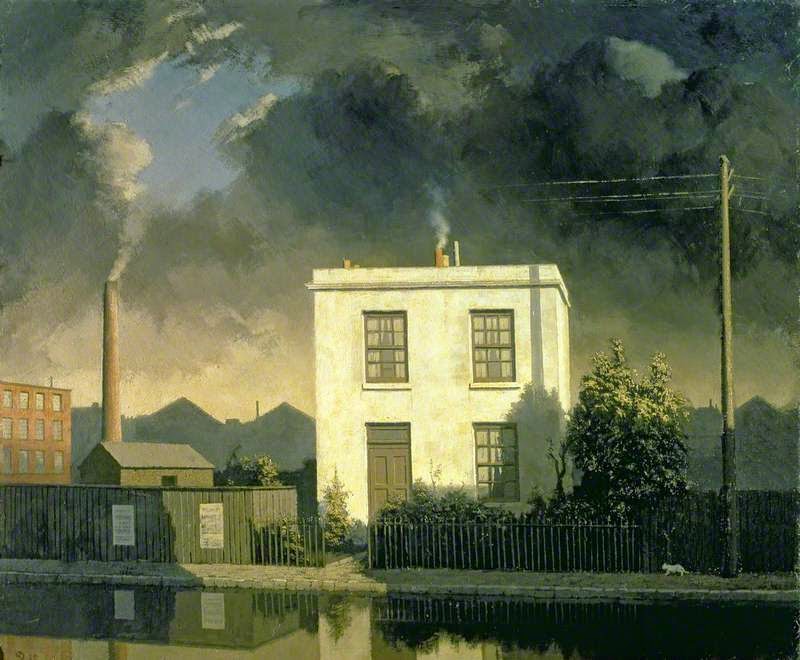 Again, thank you for sharing the poems and images. As for moments and hedonism, I think poets understand more than others that we are creatures preoccupied by conflict between sensory observations and mental considerations of those observations; hence, each person's life is a long series of connected moments and conflict. Poetry lets us examine our preoccupations.

RT: Thank you very much for stopping by again, and for sharing your thoughts on poets and poetry. I think that one of the purposes of poetry (or of any art) is to help us come to grips with the World -- to "examine our preoccupations," as you say (although I may be misinterpreting you). But "come to grips" is perhaps too harsh a term; "accept the World" is a better way of putting it. Thus, all conflict vanishes.

By the way, I should have made clear that I do not claim to be free of hedonism. I am not that strong. This is where poetry helps.

Thank you again. I always appreciate hearing from you.

I think it was P.G. Wodehouse who wrote"These were no ordinary criminals. These were advertising men".

Fortunate and blessed I have been, and doubly so now, to receive this introduction to 'On the Road' during such"observations of a sensitive man thinking to himself; someone who has lived, and who now finds himself considering where his life has led him, and what he has learned."
Thank you, Stephen, for sharing your love of Spencer and your own learning.
love
midi

Mr Pentz, thank you for posting some of Bernard Spencer's poems here. He is one of the most dreadfully neglected British poets of the last century,I cannot think why,he was such a wonderful writer. He should be better known. The Boats is a favourite of mine, another is, Allotments, I'm sure you know it. The second verse of On The Road is indeed beautiful. These lines are so evocative;

"It is a lot to say, nothing was lacking; river, sun and leaves, and I am making words to say 'grapes' and 'her skin."

It is such moments,these glimpses that fix in our mind so deeply. As you say they are the simplest, unsought moments.

betsy: Hah! Wonderful quote. I hadn't come across that before. Thank you very much for sharing it.

I am reminded of a poem by A. S. J. Tessimond (who in fact worked in advertising in England for a while). Here are the final four lines of "Advertising":

He also wrote a poem titled "Defence of the Ad-man" that covers similar ground. It begins: "He brings us aims and dreams and drugs, he tells/Us fairy-tales that half come true or might."

It is good to hear from you again. I appreciate your stopping by.

midi: Thank you very much for your kind words. I'm delighted that you like "On the Road." If you aren't already familiar with Spencer's poetry, I urge you to track it down: I have a sense that you will like it a great deal. Fortunately, the Complete Poetry edition that I cited in the post is readily available, since it was published fairly recently.

As always, it is a pleasure to hear from you. I hope that all is well. Please visit again soon.

Mr Ashton: I completely agree with you about Bernard Spencer. I first posted some of his poems back in May of 2010, just after starting the blog, and I identified him then as a "neglected poet." But, fortunately, he has received greater attention since that time. As you probably know, the Bloodaxe Books edition of his Complete Poetry (which I cited in my post) was published in 2011 and was well-received. So perhaps more people are coming around to his poetry.

I, like you, have wondered why he has not received more recognition over the years. I think his diffident personality, together with him being overseas during nearly all of his writing life, has something to do with it. But then, if he had remained in England, we wouldn't have all those wonderful poems!

But you never know about posterity and poetic reputations, do you? I may not be around to see it, but I have a hunch that the reputations of both Spencer and Tessimond will continue to grow in future years. In the meantime, as long as a few devoted readers keep them alive, all is well.

I agree with you about the last line of "On the Road": "It is a lot to say, nothing was lacking" is wonderful, and wonderfully true.

Thank you very much for visiting again. It is always good to hear your thoughts.