"Earth, lie lightly."  What a lovely request.  Much more evocative than, say, "rest in peace."  But it is not a phrase that one is apt to encounter first-hand in our times.  Which is a pity.  It is the cumulative tiny losses of such graceful touches that ultimately take their toll on the decency, seemliness, and nobility of civilization, not the day-to-day events of politics or economics, which are nothing but passing distractions.

"Earth, lie lightly."  One is likely to come across this gentle supplication (and variations upon it) in English poetry written prior to the 20th century. For instance, it is found in several translations of poems from The Greek Anthology.

Take to thy bosom, gentle earth, a swain
With much hard labour in thy service worn.
He set the vines that clothe yon ample plain,
And he these olives that the vale adorn.
He fill'd with grain the glebe; the rills he led
Through this green herbage, and those fruitful bowers.
Thou, therefore, earth! lie lightly on his head,
His hoary head, and deck his grave with flowers.

Anonymous (translated by William Cowper), in Henry Wellesley (editor), Anthologia Polyglotta: A Selection of Versions in Various Languages, Chiefly from the Greek Anthology (1849). 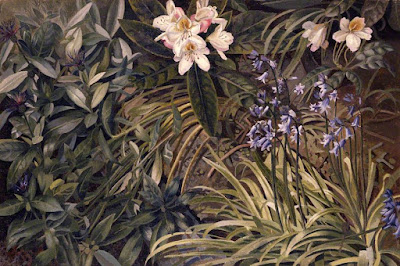 Too sentimental?  Too quaint?  Too old-fashioned?  It depends upon what sort of world you wish to live in.  One can, of course, take the ironic, hard-boiled "modern" approach and say that this sort of thing simply won't do anymore:  we have moved beyond it, we are now more knowing.

Ah, yes, have a look around you at the current state of the world.  What a wonderful place our superior knowingness and our irony have created for us!  I prefer this:

Full oft, of old, the islands changed their name,
And took new titles from some heir of fame:
Then dread not ye the wrath of gods above,
But change your own, and be the Isles of Love;
For Love's own name and shape the infant bore
Whom late we buried on your sandy shore.
Break softly there, thou never-weary wave,
And earth, lie light upon his little grave! 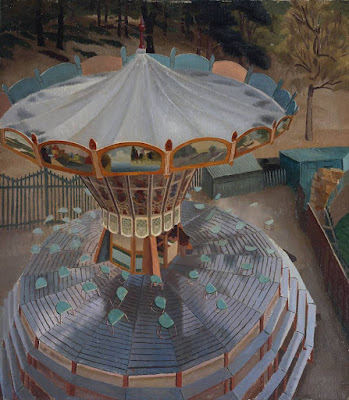 Mind you, I am not suggesting that the essential humanity that one finds in The Greek Anthology has vanished from the world.  The love, hate, joy, sorrow, beauty, and transience of the ancients are ours as well.  Being human has always been a matter of life and death.

The two old, simple problems ever intertwined,
Close home, elusive, present, baffled, grappled.
By each successive age insoluble, pass'd on,
To ours to-day -- and we pass on the same.

"Insoluble."  Yet, it is entirely possible that the acceptance of this insolubility may be the only solution we need in order to pass our days in tranquility.  In any case, solution or no solution, we each have a choice to make:  shall we live in an enchanted world or a disenchanted world? 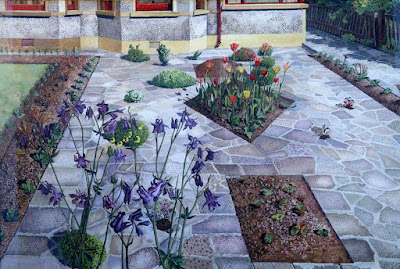 Yes, we ought to tread softly.  As I have done here on more than one occasion in the past, I can only repeat Philip Larkin's lovely advice:

A task for a lifetime, never completed.  And, if we are fortunate, a kind soul will request on our behalf, when we have vanished:  "Earth, lie lightly."

Lay a garland on my hearse
Of the dismal yew;
Maidens, willow branches bear,
Say I diëd true.

My Love was false, but I was firm
From my hour of birth.
Upon my buried body lay
Lightly, gently, earth. 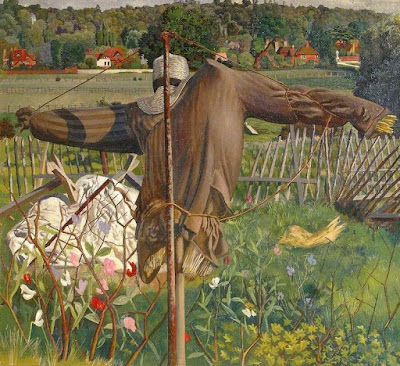 Ms. Mallow Woerz: You're welcome. I'm pleased you liked the post. Thank you very much for visiting again.

Just a note, Stephen, to say that I have received from the US a copy of The Sacrificial Years: A Chronicle of Walt Whitman's Experiences in the Civil War, and look forward to reading it. It's an ex-library book, but appears not to have been read: a real bargain at £5.75, including postage. Thank you again for recommending it here.

Graham: I hope you'll enjoy the book. (And that is quite a bargain, especially given that it was shipped from over here.)

For my part, I owe you a thank you as well: as a result of your comment about Whitman, I have been visiting his poetry the past week or so, which I haven't done for years, and I have been enjoying it a great deal. I'm realizing that I have not given him the attention he deserves. Thank you for guiding me in his direction!

As ever, I appreciate your stopping by.