Edward Thomas's poetry is nothing if not elegiac.  Take, for instance, the title of this blog, which I owe (with gratitude) to Thomas:  "First Known When Lost" is the title of a poem written by him in February of 1915.

An elegy is a lament for what has been lost.  It is written out of love, with an intent to honor and memorialize that which is loved.  To have an elegiac view of the world may involve mourning, but it is a mourning intertwined with love and a desire to preserve.

W. B. Yeats's poem "Ephemera" comes to mind.  Although "Ephemera" is about a doomed romantic relationship, I like to think that its final two lines have a broader scope:

Before us lies eternity; our souls
Are love, and a continual farewell. 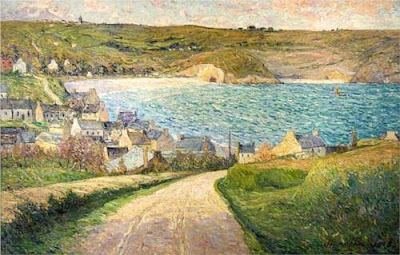 Thom Gunn wrote that, when reading the poems of Thomas Hardy, he had a "feeling of contact with an honest man who will never lie to me."  Thom Gunn, "Hardy and the Ballads," The Occasions of Poetry: Essays in Criticism and Autobiography (1982), page 105.

I feel the same way when I read any poem by Edward Thomas.

How at once should I know,
When stretched in the harvest blue
I saw the swift's black bow,
That I would not have that view
Another day
Until next May
Again it is due?

The same year after year --
But with the swift alone.
With other things I but fear
That they will be over and done
Suddenly
And I only see
Them to know them gone. 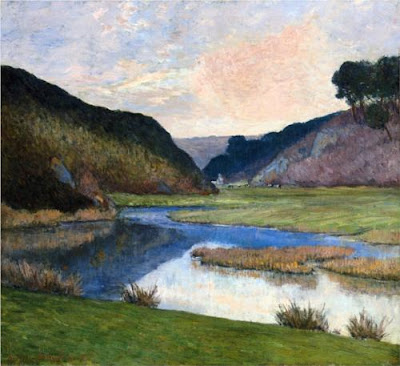 I've commented before, but rarely. And though I visit your page daily, often I just skim it quickly; either because I'm not familiar with the poet (stupidity on my part) or because I'm too busy and off to other things (disordered priorities). But I always stop for Edward Thomas, who is one of my favorites too. I found him through Frost, of course, but now think them equals in nearly everything but volume. Thank you for your efforts. I am always rewarded when I take the time to read. Warm regards, Edward Bauer.

Mr. Bauer: thank you very much for your kind words. And I greatly appreciate the fact that you are a regular visitor: I am very fortunate to find people such as yourself who take the time to stop by and see what's here.

I agree with you about Thomas and Frost. I understand that Frost is generally considered to be a "major" poet (whatever that means), whereas Thomas is not thought to qualify for that status. However, I think that Thomas's poetry has more humanity in it. I'm sure that many will disagree with that view, but that is how it seems to me. But they are both wonderful in their own ways.

Tonight, when your blog loaded in my browser, the first word I saw was "farewell," and I briefly worried that First Known When Lost was winding down. I'm relieved that turned out not to be the case!

Jeff: I appreciate, and am flattered by (I'm not worthy!), your kind thoughts.

It looks as though I'm in this for the duration -- or at least until I run out of poems, which doesn't seem likely (I hope).

Seriously, I thank you for your loyalty, and I'm always pleased to hear from you.

I glance down, and those very annotated collected poems are on the floor beside my chair, with that evocative Paul Nash painting (Spring in the Trenches) on the cover.

Your erudite introduction to this beautiful poem has led me to read Yeats (blushing) for the first time, but not the last. The elegiac qualities are evident in this poem too.

I know that Thomas appreciated Hardy's poetry - indeed critiqued it on occasion - and I wonder if there is a hint of Hardy's (of swallows) "like little crossbows animate" in Thomas's "I saw the swift's black bow" . . . (I know the very spot on the river, of Hardy's inspiration.)

One wonders if Thomas had a glimpse of his own mortality in writing this.

Bovey Belle: thank you for visiting again, and for your thoughts. And thank you for the connection with the line by Hardy: there could well be an influence there. (Or perhaps two very observant men having similar thoughts.)

As for Thomas having "a glimpse of his own mortality" in writing the poem: I agree, although I tend to see Thomas having such a glimpse in nearly every poem he wrote, don't you think? But I see what you mean in this particular poem, given its timing: he knew in August of 1916 that he would soon be heading to France.