In my previous post in this series, I blithely claimed that the essence of the experience of love (found and/or lost) could be captured in a four-line poem.  (As if I would know what love is!)  I offered as an example F. T. Prince's "The Wind in the Tree."  The following poem by Patrick MacDonogh is another example of what I am trying to get at. 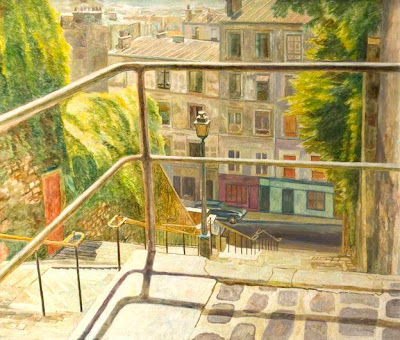 The poem says something about our lives and our memories that goes beyond the bittersweet pang of vanished love.  Out of the hundreds of thousands of minutes that we have lived, the few moments that stay with us are often of a dream-like clarity.  In this clarity, certain emotion-freighted sensory details remain forever unchanged.  And, for an instant -- whether we like it or not -- it can all come rushing back. 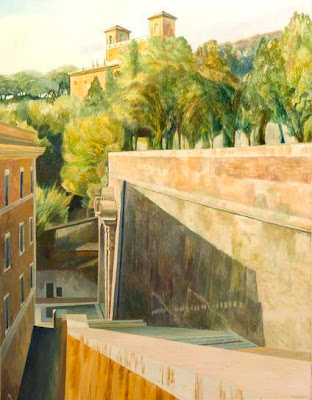 MacDonogh's poem brings to mind the following poem by Norman MacCaig.  I'm afraid that I cannot come up with any clever connection between the two.  I was simply thinking of doves and memory.

Over the turbulence of the world
flies the bird that stands for memory.
No bird flies faster than this one,
dearer to me
than the dove was to Noah -- though it brings back
sometimes an olive branch, sometimes
a thorny twig without blossoms. 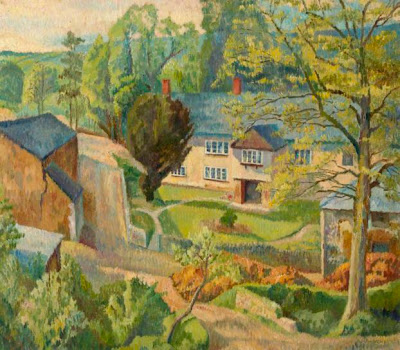 Arthur Henry Andrews, "A Farmhouse in Devon"
Posted by Stephen Pentz at 12:10 AM

M Pentz,yet another discovery, Patrick McDonogh, a new name to me. The poem and your own comments follwing reminded me of a quote from the Italian novelist, Cesare Pavese, "We don't remember days, we remember moments"

Mr Ashton: thank you very much for the quote from Pavese, which I hadn't seen before, and which is very nice. It states perfectly what I was attempting to get at.

I'm pleased to have introduced you to Patrick MacDonogh. I wasn't aware of his poetry until Derek Mahon's selection was published by The Gallery Press, and I was delighted with the discovery.