I cannot claim to have gained any wisdom during my time on earth.  The most I have done is to recognize (vaguely) the truth of certain truisms.  And even that recognition is fitful, here and then gone.

There is one thing I do know:  "All is vanity."  This is as good a starting point as any on the journey to here-today-gone-tomorrow wisdom.  The world needs fewer people who are full of themselves.  A utopian dream, of course.  For starters, we will never be free of heads of state and politicians, will we?  Moreover, I suppose that Twitter and Facebook are here to stay. (As are blogs!)  And please don't get me started on what are called, unironically, "smartphones."  "Selfie."  End of discussion.

Although it has appeared here before, the following statement (epigram? prose poem?) by Czeslaw Milosz is always worth revisiting. 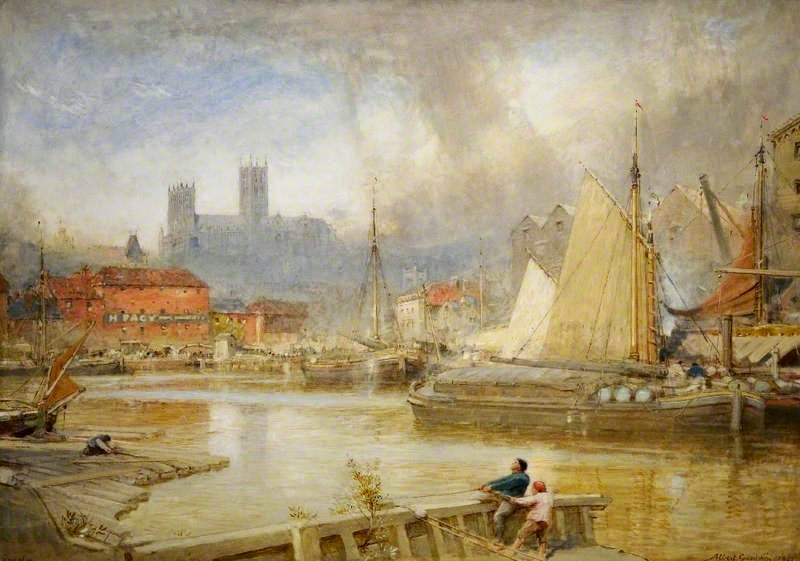 To live in a way that embodies this sort of realization is indeed the work of a lifetime, never finished.  One would think that autumn would be enough to convince us of our evanescence.  Or rivers.

The countless great lords and statesmen of past regimes --
later ages know them merely as a list of names.
Only the water under T'ien-chin Bridge
goes on year after year, making the same sound. 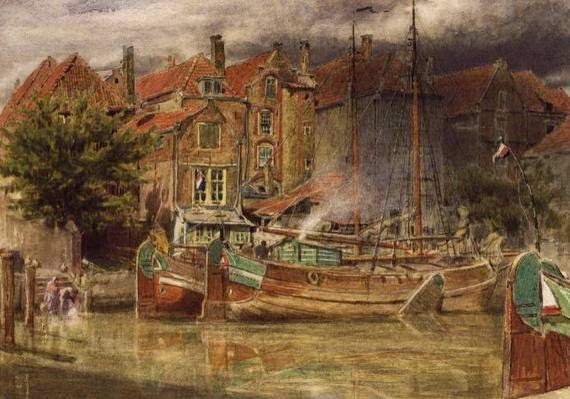 It comes in fits and starts, but, as one ages, it is possible to develop the habit of letting things go.  We carry with us a certain amount of dross that has accumulated over the years.  A great deal of that dross is bound up with vanity.  Mind you, I harbor no illusions that I will ever be free of vanity. Can we attain the repose of rivers?  Unlikely.  But weigh that attempt, quixotic though it may seem, against accepting the wares that the Modern World has to offer.

Stir not, whisper not,
Trouble not the giver
Of quiet who gives
This calm-flowing river,

Whose whispering willows,
Whose murmuring reeds
Make silence more still
Than the thought it breeds,

Until thought drops down
From the motionless mind
Like a quiet brown leaf
Without any wind;

It falls on the river
And floats with its flowing,
Unhurrying still
Past caring, past knowing.

Ask not, answer not,
Trouble not the giver
Of quiet who gives
This calm-flowing river. 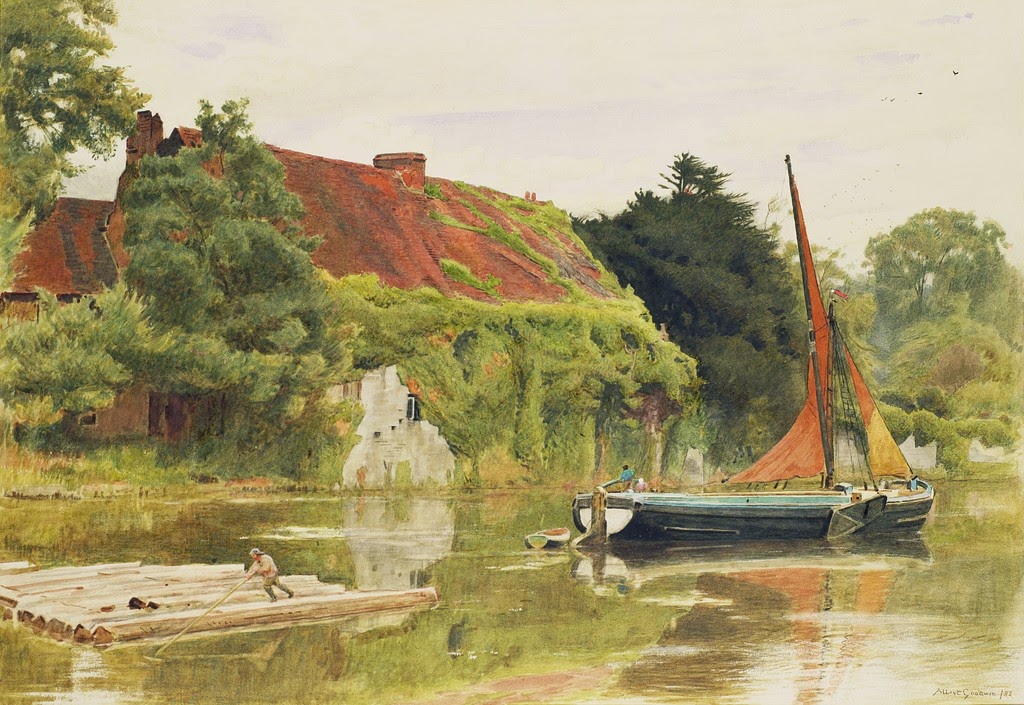 Will an ongoing meditation upon rivers cure us of vanity?  No.  But rivers are like the congregation of a dozen or so robins that I saw this afternoon, chattering and bobbing on a path that runs beside a meadow as the sun descended.  A gentle -- but insistent -- reminder that we need to get outside of ourselves.

Remember for me the river,
Flowing wide and cold, from beyond Sugar Island,
Still and smooth, breathing sweetness
Into still air, moving under its surface
With all the power of creation.

Remember for me the scent of sweet-grass
In Ojibway baskets,
Of meadow turf, alive with insects.

Remember for me
Who will not be able to remember.
Remember the river. 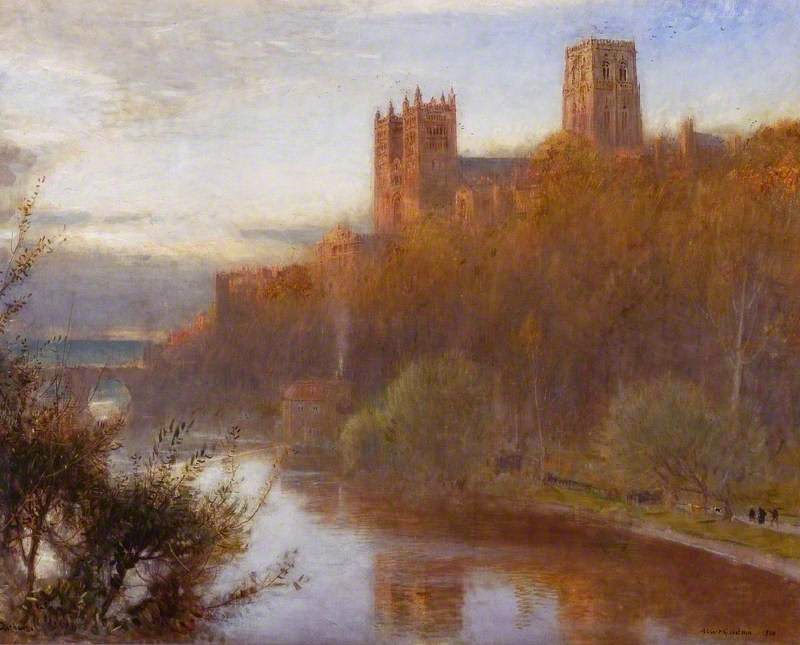 Moved almost to tears with the beauty of these poems, especially the last one. Your thoughtful words, the poems, and the art spoke deeply to me this morning. Rivers do hold the great mystery, don't they?
Thank you so much for your post,
Mary

Mary: As always, it's very nice to hear from you. Thank you very much for the kind words, which I greatly appreciate.

I agree with you about Janet Lewis's poem: it moves me every time I read it. A wonderful poem. Her poetry deserves more attention.

I remember the Milosz quote and recall writing it down in my notebook. It seemed one well worth keeping in mind.
The poems by MacDonogh and Janet Lewis, a name new to me, are quite beautiful. The last verse of River is exquisite.
Thank you.

When I read today's posting, I thought of how prominent a theme the evanescence of the world, of man and his dreams, his ephemeral hopes, has been in poetry since, I suppose, the first poet addressed the human condition.

Your words made me think of the Anglo-Saxon poem "The Wanderer." The poem is simple: a court poet has lost favor and now is cut loose to wander the world.

His experience has made him "wise. And one is wise, whether it be some unknown poet or Samuel Johnson writing about the vanity of human wishes, about how fleeting is life, how all flows away like the waters. Where indeed is the horse? the rider? What is not fleeting?

Below is the conclusion of "The Wanderer."

One who in wisdom
Pondered this estate,
And of this dark life
Considered deeply
Knowing in spirit,
Oft thought from afar
Of countless conflicts,
Speaking these words:
Where is the horse now? Where is the rider?
Where is the gold-giver?
Where is the seat at the gathering?
Where now are the feasts in the halls?
Alas for the gleaming cup!
Alas the mailed warrior!
Alas for the prince’s pride!
How that age has passed,
Dark under night-helm,
As though it never were!
Now there stands at last
Where were the dear host,
A wall wondrous high
Wound with serpents.
The warriors were taken
By the spear’s glory,
Weapons ripe for kill,
Fame of the fated;
These cliffs of stone
Storms batter,
Falling frost
Earth fetters,
Promise of winter;
Then comes darkness,
Night-shadows deepen,
From the north descends
Fierce hail,
Malicious to men.

Mr Ashton: I'm pleased you liked the poems. Two little-known (unfortunately) poets, but two wonderful poems. The Milosz passage is wonderful, and hard to forget. It has always stayed with me, popping out at appropriate times -- a good reminder to keep my wits about me.

Thank you very much for visiting again. Please keep me posted if you go on any late autumn excursions in the English countryside!

Mr Floyd: Thank you very much for the lines from "The Wanderer," a poem which I have not read before. I need to learn more about the poem, and read the whole thing. It has a lovely simplicity and directness -- a powerful and evocative simplicity. "Simplicity" in a non-pejorative sense, of course. I'm reminded of "The Seafarer," which I am fond of in Ezra Pound's translation. (I'm aware of Pound's lapses as a translator, but he always seem to get to the heart of the matter, whether it be in Old English or Chinese).

Thank you again for sharing this, which, as you suggest, is a fine complement to the poems in the post.

Like most hopelessly addicted fly-fisherman, my life has a side-quest to get to the bottom of the experience. To understand exactly what gives the pursuit its other-wordly power to drag saps like me back to the river over and over, with undiminished allure.

These poems and your inspiring commentary certainly help add to that picture. Evanescence and ideas of letting go; getting outside ourselves; new rivers but "making the same sound"'; "asking not, answering not"; "moving with all the power of creation."

May I add one of my favourites to the mix:

"Everything Is On Its Way To The River." by Ted Hughes. (Also a brother of the angle.) I don't have it handy to write out, but it seemed appropriate to mention.

Anonymous: Thank you very much for the kind words, and for a different perspective on rivers.

And thank you as well for the recommendation of the poem by Ted Hughes. I was able to find it on the Internet: very nice. The final lines are wonderful: "All things draw to the river./Under them all/The river, itself and unalterable."