Irony rules the modern world, together with its noisome colleagues: cynicism, sarcasm, solipsism, and narcissism.  Of course, I recognize that irony has always been a part of human nature.  And I confess at the outset of this harangue that I am no saint.  I am ironic (and cynical, sarcastic, solipsistic, and narcissistic) on a daily basis.  But I like to think I am in recovery.

The defining feature of irony is this:  it divorces the ironist from the World, and from feeling.  Ironists are interested in appearing unillusioned, knowing, sophisticated, and (most importantly) smarter than the rest of us. But human emotion frightens and confuses them.  Here is an example from the world of "Modernist" literature:  T. S. Eliot, James Joyce, and Ezra Pound are as cold as ice.  (I say this as one who retains a fondness for some of the poetry of Eliot and Pound.  But I admit that I have no time for Joyce and his empty parlor games with words.)

When I read the poetry of, say, T'ao Ch'ien, Basho, or John Clare I feel that I am reading the words of real human beings who inhabit a World that is real.  They are not always irony free.  Such is human nature.  But they never take the final soulless step of the modern ironist:  standing in judgment of everyone and everything, leaving the World behind. 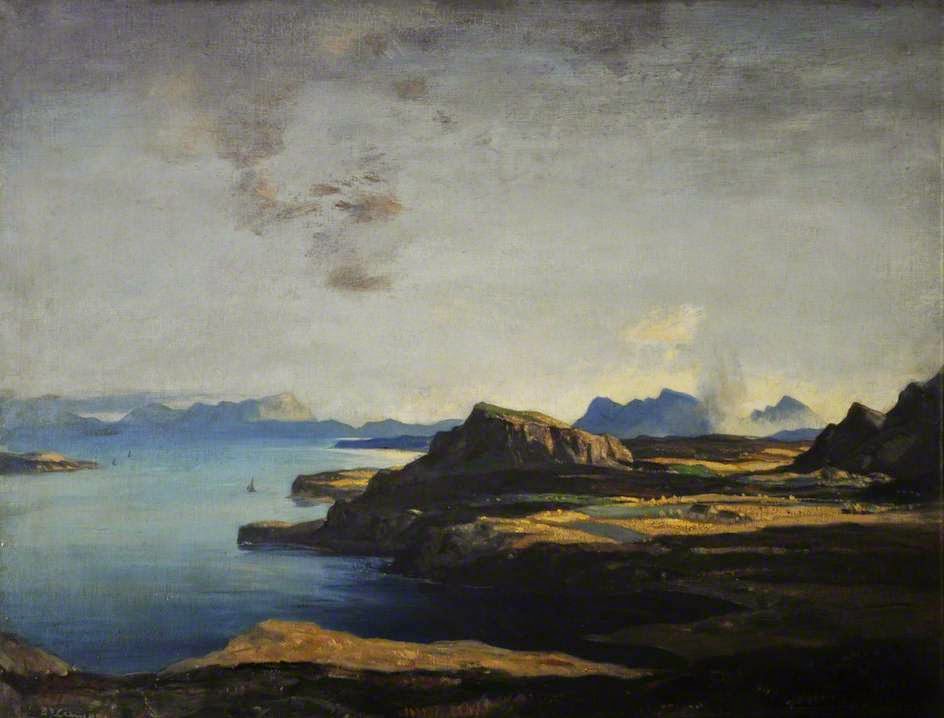 All of this brings me back (perhaps unaccountably) to the topic of my previous post:  idleness.  Ironists can never be idle in a self-reflective, detached, meditative sense.  They require an audience.  That audience usually consists of fellow ironists.  Irony is a never-ending world of performance.

Imagine an ironist taking the following poem at face value.

I will arise and go now, and go to Innisfree,
And a small cabin build there, of clay and wattles made:
Nine bean-rows will I have there, a hive for the honey-bee;
And live alone in the bee-loud glade.

W. B. Yeats, The Countess Kathleen and Various Legends and Lyrics (1893).

Now, I acknowledge that the idea of W. B. Yeats -- he of the fur coats and Renaissance capes -- tending his nine bean-rows beside his hand-built clay-and-wattle cabin is to some extent risible.  Further, as I have noted in the past, I have my doubts about his eccentric philosophical forays and his haughtiness.  But I have no doubt that he wrote the poem without irony.  I am willing to take the poem on its own beautiful terms. 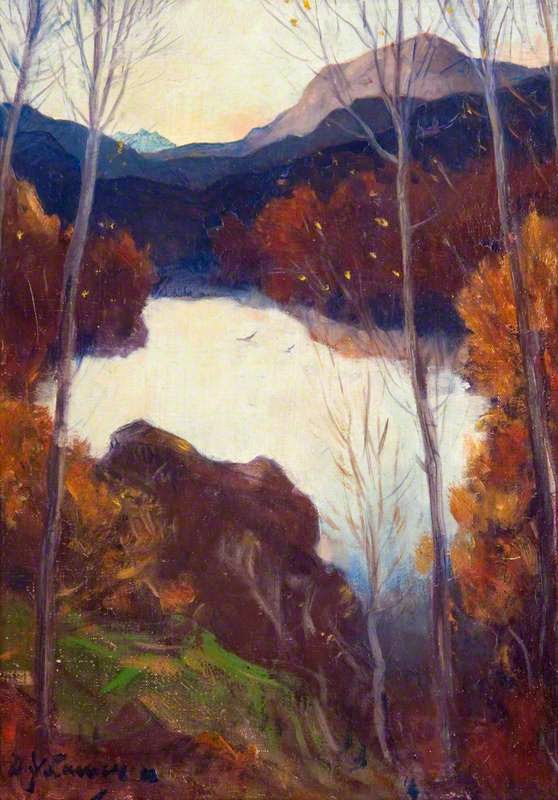 For ironists, sentimentality and nostalgia are epithets.  Hence, William Wordsworth mostly gives them fits.  "My heart leaps up when I behold/A Rainbow in the sky."  "I wandered lonely as a Cloud."  "To me the meanest flower that blows can give/Thoughts that do often lie too deep for tears."

And certainly this sort of thing is beyond the pale for modern ironists.

The Reverie of Poor Susan

At the corner of Wood Street, when daylight appears,
There's a Thrush that sings loud, it has sung for three years:
Poor Susan has passed by the spot, and has heard
In the silence of morning the song of the Bird.

'Tis a note of enchantment; what ails her?  She sees
A mountain ascending, a vision of trees;
Bright volumes of vapour through Lothbury glide,
And a river flows on through the vale of Cheapside.

Green pastures she views in the midst of the dale,
Down which she so often has tripped with her pail;
And a single small cottage, a nest like a dove's,
The one only dwelling on earth that she loves.

She looks, and her heart is in heaven: but they fade,
The mist and the river, the hill and the shade:
The stream will not flow, and the hill will not rise,
And the colours have all passed away from her eyes.

Ironists are incapable of understanding, or accepting, a poem such as this on its own terms.  It belongs to a way of thinking and a way of living that they have left behind.  Not that they are aware of having suffered any loss, mind you. 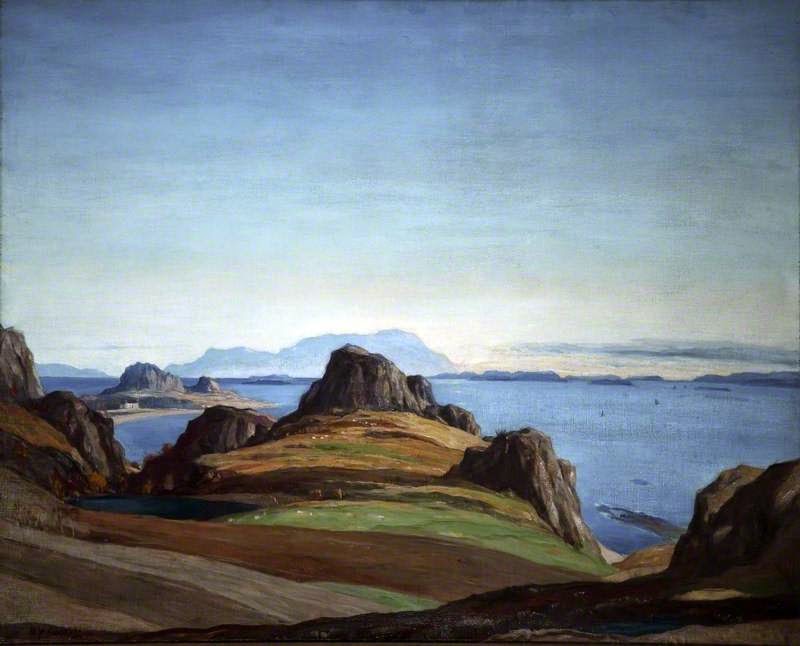 I agree with you on the subject of irony in your piece entitled ‘Reveries’. Yes, Wordsworth and the seeming simplicity of his poetry is often unsettling for ironists. Whenever I’ve ever expressed a fondness for ‘She dwelt among the untrodden ways’ the general response is usually one of ‘Really?’ The raw, naked emotion of Wordsworth’s poem can’t be ignored. The use of the two caesuras in its penultimate line caught my breath when I first read it and it still does today. As you rightly say irony is a means of divorcing one from a world of feeling and thus sparing the ironist from any participation in it. ‘I Wandered Lonely as a Cloud’ meets with even more opprobrium. Yet some of the deniers must like it for I read some years ago that this poem had demonstrably made daffodils the most popular bought flower. Personally I think this is a bit of an apocryphal tale but one I like to believe.

Yet I have a terrible confession to make. I quite like irony. Like you I do have mixed feelings about its use. All that raw, naked emotion can be overwhelming. On one occasion my wife accompanied me to a football match (perhaps the only public place in the UK where men feel able to express their emotions) but 45,000 men singing, cheering, whistling, chanting, even crying was too much for her and she has never repeated the experience. ‘Quite Right’ might be the natural response. So perhaps, then, irony is a necessity for civilisation to flourish?

Many moons ago and in a previous incarnation (note the unexpected irony that sprung off the keyboard there) I was a keen cricketer and as a teenager played for a local club. On one occasion when batting I was struck first ball high up on the inside of the thigh. Fortunately I was wearing a protective guard and suffered no more than bruising and having the wind completely knocked out of me. Afterwards my father, a kind man but one not to express his feelings, didn’t enquire about the nature of my injury, he merely said, ‘I bet that made your eyes water!’

Indeed in England conversation often exists on two levels simultaneously. Underneath there is the mundane conversational level about the weather etc but this is often overlaid with an ironic and euphemistic level, thus adding to the gaiety of life. A man asked how he feels when he wins £3 million on the national lottery will probably say, ‘Not bad”. If he’s being a bit more emotional, he’ll say, ‘Well, actually it’s better than being slapped in the face with a wet fish.’

Perhaps the most famous example of this ironic stoicism goes back to 1940 when the Luftwaffe was bombing London and several provincial cities. Families were being killed, houses destroyed, gas, electricity and water supplies cut off but there was no gnashing of teeth, no wailing. The general response of the public was enshrined in the official Government slogan, ‘Keep Calm and Carry On.’


Acting is vital to public life—-look how many expressions from the theatre have invaded the language: she’s acting up—life isn’t a rehearsal—he’s hogging the limelight—when prompted he took the cue to speak—he’s acting the fool—playing to the gallery etc. etc. In this sense I think acting and keeping the world at arm’s length is necessary for the survival of civilisation.

But the ironist you talk of is a pretty despicable fellow for ultimately he wants nothing to do with other people. Poetry is his undoing for it demands engagement with emotions and the world about him. He is not in tune with the important things in life.

But the ironist you talk of is a pretty despicable fellow for ultimately he wants nothing to do with other people. Poetry is his undoing for it demands engagement with emotions and the world about him. He is not in tune with the important things in life. A few years ago in the UK a poll was conducted to select the nation’s favourite poem. Unsurprisingly (and tellingly) the winner was Kipling’s ‘If’—-that paean to stoicism and civilised behaviour. Nothing wrong with that but the highest position Wordsworth achieved was making it to number 38. Now that is shocking. Or as the ironist might say, ‘The daffodil growers aren’t going to be happy.’

Irony is a much vexed subject and indeed is present in poetry too. How else can one interpret Donne’s ‘The Apparition’ or Larkin’s ‘This be the Verse’ without a mention of the use of irony. The speaker in the former is not a psychopath and the speaker in the latter hardly the misanthropist he claims to be.

Once again can I say what a civilised pleasure it is to visit your site. Your ideas are always thought provoking.


And my apologies for submitting in this way but it was the only way I could do it.

Mr Harrow: Thank you very much for your thought-provoking comments. Mind you, as I suggested in the post, I don't claim to live an irony-free existence -- nor would I want to. What I was (inarticulately) trying to get at is that irony is the default way of looking at the world, and the default emotion, in the modern world -- at least after, say, the First World War. Given the horrific nature of the 20th century, I suppose that this is to some extent understandable. Irony is an ideal defense mechanism. But I think it has assumed much too large a place in our way of looking at the world.

Again, thank you for your thoughts, and for stopping by again.