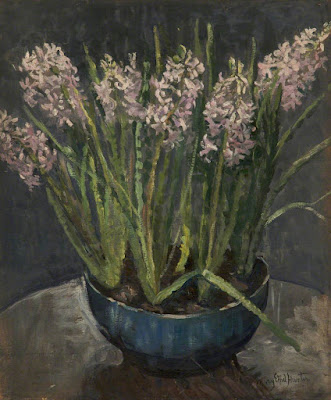 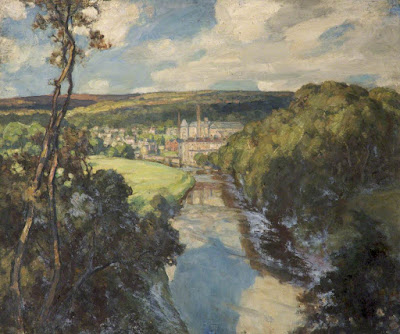 I followed the link of course, as Tamzin with a zee is my eldest daughter's name. What a lovely poem. I am glad MY Tamzin is still hale and hearty and arriving home tomorrow from a music festival. As you say, perhaps E K Chambers holidayed in Cornwall - as Lelant is not far from St Ives perhaps he had friends amongst the artists' colony there?

The Latin inscription says little but encompasses all. Philippe Jaccottet I had never discovered until now. Thank you.

Bovey Belle: It's great to hear from you again. From checking in on Codlins and Cream, I know that your life is as busy as ever, so I appreciate your taking the time to visit, and to share your thoughts.

The Tamsin poem is indeed wonderful, isn't it? Tamsin/Tamzin is a lovely name. When I was doing research after discovering the poem, I learned that there are a number of variants on Thomasine/Thomasina.

I think you would like reading Jaccottet. I recommend Seedtime, his notebooks, as a starting point. His poetry can be a bit difficult to penetrate (for me it is, at least), but I think you would like his minute and beautiful prose descriptions of the natural world in his notebook entries. He has lived in the countryside of Provence, up near the mountains, since the early 1950s, and his immersion in that world is evident. In this regard, his prose writings remind me a bit of E. T.'s in their emotional tenor. Hence, I believe you may find him interesting.

As always, it is a pleasure to have you visit. Thank you very much for stopping by.

I have noted that straight down Mr Pentz and will probably check him out on Amazon, though that said, I am in Hay-on-Wye, the town of books, on Friday, so a far better opportunity (and excuse) for me to go browsing! Thank you so much for your introduction and I think I will love his prose descriptions of the natural world, as that is such an important part of my life. Any stylistic link to ET will be delightful.

I have West Country (Devon) roots, hence the choice of name for our daughter.