"No Newspapers"; Or, "Melons Are Crowned By The Crowd"

Although the following two poems are about newspapers, I have no particular axe to grind when it comes to that particular form of news reporting.  Rather, the topic at hand is "news" -- whether delivered via newspapers, television, radio, or the Internet.

Let me be clear:  I  do not claim to maintain an Olympian distance from "news."  On the contrary, I bring this topic up because I am often troubled by my concern with "news," and by my habit of letting it work itself into my life.  In addition, I have recently been thinking about Thomas Hardy's poem "In Time of 'The Breaking of Nations'" -- "only a man harrowing clods," etc. -- and the perspective that we ought to put on things.

Yes, sentimental and Victorian.  Well, then, if it is vitriol that you want, let us proceed to Stephen Crane:

A newspaper is a collection of half-injustices
Which, bawled by boys from mile to mile,
Spreads its curious opinion
To a million merciful and sneering men,
While families cuddle the joys of the fireside
When spurred by tale of dire lone agony.
A newspaper is a court
Where every one is kindly and unfairly tried
By a squalor of honest men.
A newspaper is a market
Where wisdom sells its freedom
And melons are crowned by the crowd.
A newspaper is a game
Where his error scores the player victory
While another's skill wins death.
A newspaper is a symbol;
It is feckless life's chronicle,
A collection of loud tales
Concentrating eternal stupidities,
That in remote ages lived unhaltered,
Roaming through a fenceless world. 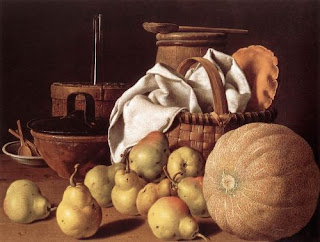