How To Live, Part Sixteen: "Whisper Of A Thin Ghost"

A. S. J. Tessimond had a somewhat disenchanted view of the world. However, his outlook was softened by his humor, and by the fact that he did not exempt himself from his sometimes rueful assessment of how we try to make it through life.  In the following poem, Tessimond warns us of the danger of becoming a thin ghost.  I suspect that he was acquainted with this fate.

Whisper of a Thin Ghost

I bought the books of the Careful-Wise
And I read the rules in a room apart
And I learned to clothe my flinching heart
Against hate and love and inquisitive eyes
In the Coat of Caution, the Shirt of Pride.
And then, the day before I died,
I found that the rules of the wise had lied:
That life was a blood-warm stream that ran
Through the fields of death, and that no man can
Bathe in the stream but the naked man.
And that is why my ghost now must
So grope, so grieve, as grieve all those
In whom death found no wounds to close,
In whom dust found no more than dust.

As is often the case with Tessimond's verse, the formal qualities of the poem are unobtrusive, perhaps because of the conversational tone.  Thus, one might not notice at first that "Whisper of a Thin Ghost" is a sonnet (with an uncommon rhyme scheme). 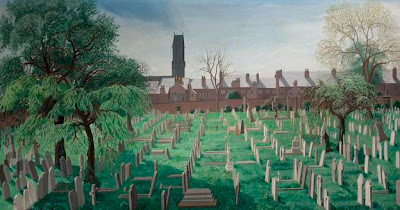 "Whisper of a Thin Ghost" brings to mind Frank Ormsby's "My Careful Life," which I have previously posted.  For instance, these lines by Ormsby fit well with Tessimond's "books of the Careful-Wise" and "Coat of Caution":

But still my life cries: 'Work and save.
Rise early.  Stay home after five

and pull the curtains.  They are blessed
-- prudent, abstemious -- who resist.

All things in moderation.  Share
nothing.  Be seemly and austere.' 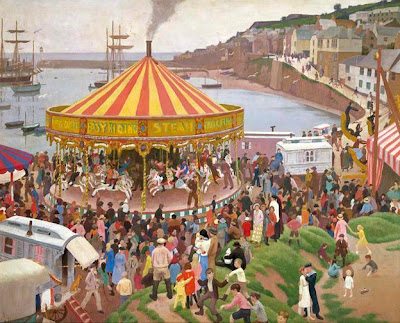 Labels: A. S. J. Tessimond, Frank Ormsby, How To Live