"The Emperor Of Ice-Cream"

I suspect that "The Emperor of Ice-Cream" is Wallace Stevens's best-known poem, most likely because of its distinctive title.  As I have mentioned in the past, Stevens is, in my humble opinion, a master (often in a humorous way) of the titling of poems.  Reading the table of contents to a volume of his poems is, in itself, greatly entertaining. 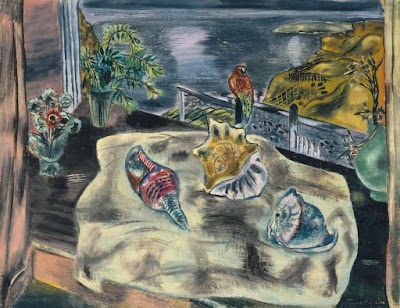 The Emperor of Ice-Cream

Call the roller of big cigars,
The muscular one, and bid him whip
In kitchen cups concupiscent curds.
Let the wenches dawdle in such dress
As they are used to wear, and let the boys
Bring flowers in last month's newspapers.
Let be be finale of seem.
The only emperor is the emperor of ice-cream. 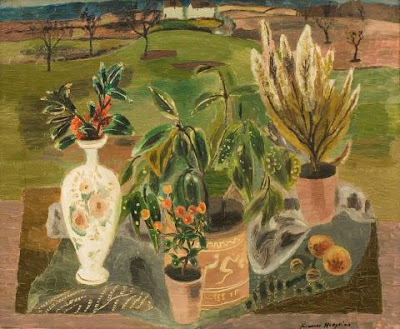 By suggesting that the poem "simply means what it says" I may be accused of being glib and of ducking such issues as who "the roller of big cigars" is, what "concupiscent curds" are, why "the dresser of deal" is missing "the three glass knobs," et cetera.  Perhaps.  But I like to think that I am taking my cue from Stevens.

In 1933, Stevens participated in an anthology in which the editor asked various poets to identify their favorite poem among the poems that they had written, and to submit a statement explaining why it was their favorite. Stevens selected "The Emperor of Ice-Cream," and wrote the following explanation:

"I think I should select from my poems as my favorite 'The Emperor of Ice-Cream.'  This wears a deliberately commonplace costume, and yet seems to me to contain something of the essential gaudiness of poetry; that is the reason why I like it.  I do not remember the circumstances under which this poem was written, unless this means the state of mind from which it came. I dislike niggling, and like letting myself go.  Poems of this sort are the pleasantest on which to look back, because they seem to remain fresher than others.  This represented what was in my mind at the moment, with the least possible manipulation."

Stevens said something similar, but more direct (perhaps), later in his life. Asked about the "meaning" of "The Emperor of Ice-Cream," he wrote in a letter:  "But, after all, the point of that poem is not its meaning."  Holly Stevens (editor), Letters of Wallace Stevens (1966), page 500.  This explanation is good enough for me.  To wit:  "Let be be finale of seem." 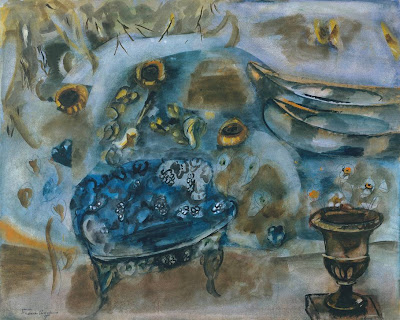 This has very little to do with Stevens's poem but, one summer night, my wife and I were devouring obscenely massive tubs of sweet-stuff-augmented ice cream and, breaking the gluttonous silence, I managed to say: "I don't care what science proves. Anything that makes me this happy cannot possibly be bad for me." In short, the Emperor of Ice Cream is the Emperor of Joy, as far as I'm concerned. (Had to connect it, somehow!)

Chris: actually, I think that your experience is exactly on point. After all, Stevens said: "This represented what was in my mind at the moment, with the least possible manipulation." But enough of that: I am in complete agreement with your sentiments about ice cream! (Fortunately, I don't live in New York City, otherwise I would have to be worried about Mayor Bloomberg banning large portions of ice cream. For my own good, of course, because I cannot be trusted to do the right thing.)

Nice comments! This favorite poem reminds me of Auden's line, "Find the mortal world enough", and also, in the dead lady, of Robert Graves' "To Juan at the winter solstice" and the poet as lover thesis he explains in The White Goddess.
Here we are, mortal beings, our joys tinged with poignancy...sort of a fulcrum evoking questions we don't understand, but know are 'there'. I appreciate poets like Wallace and Auden and Graves and Sor Juana and Dickinson etc. etc. whose poetry (Macleish's "The End of the World" also...) roils physically in the unknown from whence everything.

Mr. Wirkala: thank you very much for visiting, and for your comments. Wow! You have given me a great deal to think about. "Find the mortal word enough" is very nice. And you have given me good reason to visit "To Juan at the Winter Solstice."