"The Planet On The Table" Revisited

About a year or so ago, I came across the following poem by T. E. Hulme (1883-1917) and immediately thought of Wallace Stevens's "The Planet on the Table" (which appeared in my previous post).  Hulme died in World War I (in September of 1917 at the age of 34).   He wrote only a few poems during his short life.  All of them are brief and "imagistic."

He is perhaps better known for his critical and philosophical writings and for his out-sized personality, which had quite an impact on the early 20th-century "modernists" (e.g., Ezra Pound, T. S. Eliot, Wyndham Lewis, and others).  Interestingly (and on an entirely different literary front), Hulme and Robert Frost got to know each other when Frost was living in England from 1912 to 1914. 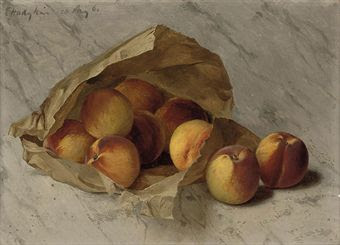 Over a large table, smooth, he leaned in ecstasies,
In a dream.
He had been to woods, and talked and walked with trees.
Had left the world
And brought back round globes and stone images,
Of gems, colours, hard and definite.
With these he played, in a dream,
On the smooth table.

"The Poet" sounds like a poem that Stevens could have written.  It is interesting to see the two poets exploring similar territory.  The common theme in the poems is creation: in Stevens's words, "makings of [the] self" and "makings of the sun."  Hulme's suggestion that the act of creation is akin to being "in a dream" may find some parallel in Stevens's reference to "Ariel" (the sprite in Shakespeare's The Tempest) being the creator of his poems.  But I don't want to get too carried away with this sort of thing.  I just think that the two poems go well together. 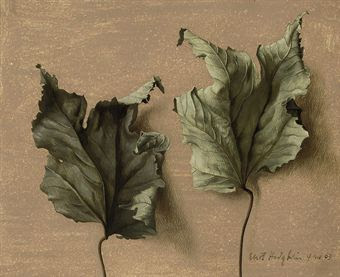 Yes, they go very well together--both have that sense of going out (woods, imagination) and coming back.

I would add going out to other worlds and bring Kim Stanley Robinson in also.

I've heard of Hulme, but have never read anything by him. Is there something you would recommend as an introduction to his works?

So nice to visit your blog again - I love being introduced to poems I've never read before and also to such beautiful images. I can't imagine how you manage to find them all. Wonderful

Fred: thanks for stopping by again, and for your comments.

I have the book by Alun Jones (which I mentioned in the post), which is a good introduction because, in addition to a short biography, it includes all of Hulme's poems and some of his key prose writings. Oxford University Press published The Collected Writings of T. E. Hulme in 1994, which I presume includes everything. (I haven't seen it.)

zmkc: it's good to hear from you again. I'm glad that you liked Hulme's poem and the paintings. I've become fond of Hodgkin's work after discovering him a year or so ago.

As ever, thank you for your kind words, and for your thoughts.