"Words At Once True And Kind, Or Not Untrue And Not Unkind"

On more than one occasion, Philip Larkin suggested that his discovery of the poetry of Thomas Hardy was one of the things that enabled him to come into his own as a poet.  It was the subject matter of Hardy's poetry -- its humanity and its emotional content -- that had an impact upon Larkin.

When asked by an interviewer what he had learned from Hardy, Larkin replied that Hardy had taught him "not to be afraid of the obvious."  He continued:

"All those wonderful dicta about poetry: 'the poet should touch our hearts by showing his own', 'the poet takes note of nothing that he cannot feel', 'the emotion of all the ages and the thought of his own' -- Hardy knew what it was all about."

The following poem by Larkin goes well with Hardy's "A Two-Years' Idyll" (which appeared in my previous post).  Perhaps it can be thought of as a sort of coda to the "idyll" described by Hardy: the aftermath when "romance straight forsook/Quickly somehow/Life when we sped from our nook." 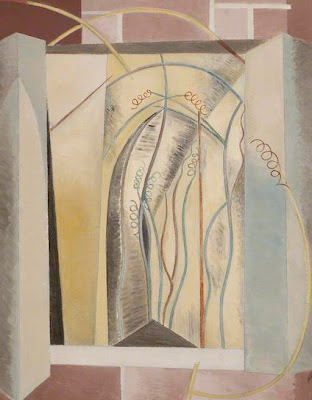 Talking in bed ought to be easiest,
Lying together there goes back so far,
An emblem of two people being honest.

Yet more and more time passes silently.
Outside, the wind's incomplete unrest
Builds and disperses clouds about the sky,

And dark towns heap up on the horizon.
None of this cares for us.  Nothing shows why
At this unique distance from isolation

It becomes still more difficult to find
Words at once true and kind,
Or not untrue and not unkind.

The final two lines of the poem are, of course, classic Larkin.  How you react to the lines is, I think, a rough litmus test of whether Larkin is your cup of tea.  If you slap yourself on the forehead and/or shake your head in delight and wonder and/or smile to yourself, you will likely enjoy Larkin's company.  I first read "Talking in Bed" about three decades ago, and I still do one or more of these three things each time I read it. 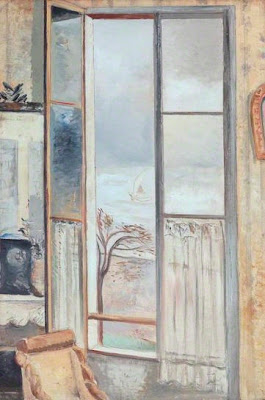 It becomes still more difficult to find
Words at once true and kind,
Or not untrue and not unkind.

wow, i hadn't come across this before. it's the truth of it that makes it so compelling. ultimately, in relationship, it's the 'how' that requires contemplation and maturity.

i've been thinking a lot of yeats's 'a prayer for my daughter', and his line 'may all be ceremonious', and larkin's line connects me with it again.

thank you for revealing and sharing all the poetry, stephen. you're a friend.

Ms. Krishna: thank you very much for visiting again, and for your thoughts. As for sharing the poetry: I'm privileged to be able to do so.

Your comment that "it's the truth of it that makes it so compelling" strikes a chord with me, since Larkin's (oftentimes brutal) honesty about life is what has always attracted me to his poetry (not forgetting its beauty, of course).

Thank you for the reference to Yeats. If you like "A Prayer for My Daughter," you may wish to have a look at Larkin's "Born Yesterday," which he wrote in honor of the birth of Kingsley Amis's daughter. (I have posted it here previously.) You may see some parallels.