As long-time (and much-appreciated) readers of this blog know, there are certain poems that I return to at the same time each year.  Thus, each November I visit -- no big surprise here -- "The Region November" by Wallace Stevens.

I return to it because of the pleasure to be found in its sounds:  the "sway" and the "swaying," the "deeplier, deeplier," the "loudlier, loudlier."  I return to it for the way in which the sounds turn into motion.  I return to it simply because the title is wonderful:  I love the thought of "the region November." 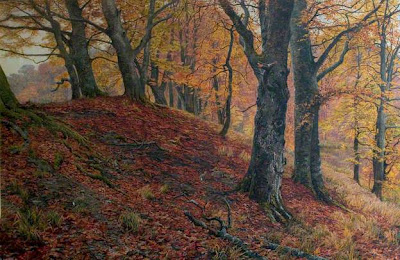 Alas, the question may arise:  what does it mean?  I'd say that the north wind and the trees are inscrutable, reticent, and devoid of emotion.  I'd say that imputing anything to them other than what they are is folly, and that we best take them just as they are.  However, I'd also say that we have it in our power to make of them what we will -- in an imaginative sense.  But this in no way gives us power over them.

For example:  someone may decide to write a poem titled "The Region November." 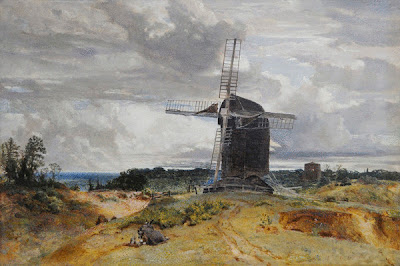 To wake, alive, in this world,
What happiness!
Winter rain. 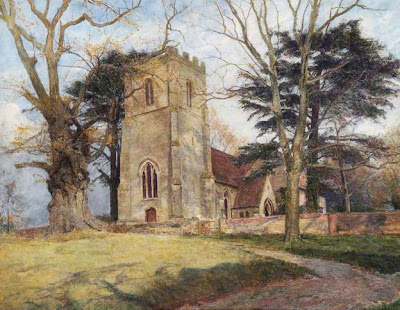 Though I prefer Stevens's poem about November, the below two poems on November by Robert Frost are not without merit. Ome might say, perhaps with a degree of accuracy, that Frost's finding some kind of human meaning in the month is anithetical to what Stevens says about it. In the mysterious workings of the human mind--some might call it caprice--I suspect we can "believe" both poems

My Sorrow, when she's here with me,
Thinks these dark days of autumn rain
Are beautiful as days can be;
She loves the bare, the withered tree;
She walks the sodden pasture lane.

Her pleasure will not let me stay.
She talks and I am fain to list:
She's glad the birds are gone away,
She's glad her simple worsted grey
Is silver now with clinging mist.

The desolate, deserted trees,
The faded earth, the heavy sky,
The beauties she so truly sees,
She thinks I have no eye for these,
And vexes me for reason why.

Not yesterday I learned to know
The love of bare November days
Before the coming of the snow,
But it were vain to tell her so,
And they are better for her praise.


We saw leaves go to glory,
Then almost migratory
Go part way down the lane,
And then to end the story
Get beaten down and pasted
In one wild day of rain.

Mr. Floyd: thank you for visiting again, and for those poems.