"Reality Is An Activity Of The Most August Imagination"

At least one critic has suggested that the word "august" in the title of the following poem is a pun, the primary sense being "majestic, stately, sublime" (OED).  I'm not so sure about that.  Wallace Stevens was not without humor, but he doesn't seem to be the type who would go in for puns.  But who knows?

In any case, it is an appropriate poem for the final day of August, when the slow turn to autumn has become evident:  that cast of yellow light and those shadows, that blue sky that has acquired a further degree of depth, that breeze with an ever-so-slight chill just beneath the surface. 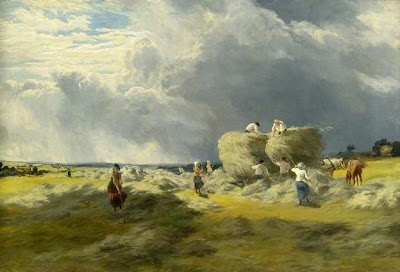 Reality Is an Activity of the Most August Imagination

Last Friday, in the big light of last Friday night,
We drove home from Cornwall to Hartford, late.

It was not a night blown at a glassworks in Vienna
Or Venice, motionless, gathering time and dust.

There was a crush of strength in a grinding going round,
Under the front of the westward evening star,

The vigor of glory, a glittering in the veins,
As things emerged and moved and were dissolved,

Either in distance, change or nothingness,
The visible transformations of summer night,

An argentine abstraction approaching form
And suddenly denying itself away.

There was an insolid billowing of the solid.
Night's moonlight lake was neither water nor air. 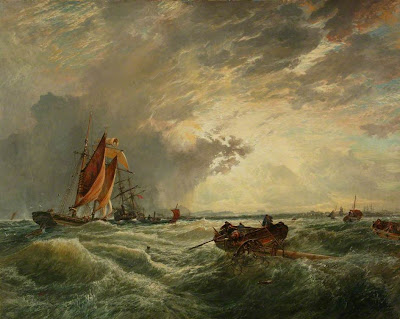 The whole of Stevens's philosophy (poetic and otherwise) is, I think, summed up in that single sentence:  "Reality is an activity of the most august imagination."  "A Rabbit as King of the Ghosts" is an articulation of the same thought.  The following poem, which appears in a two-poem sequence titled "Two Illustrations That the World Is What You Make of It," is a further iteration of the idea.

The World Is Larger in Summer

He left half a shoulder and half a head
To recognize him in after time.

These marbles lay weathering in the grass
When the summer was over, when the change

He had said that everything possessed
The power to transform itself, or else,

And what meant more, to be transformed.
He discovered the colors of the moon

In a single spruce, when, suddenly,
The tree stood dazzling in the air

And blue broke on him from the sun,
A bullioned blue, a blue abulge,

Like daylight, with time's bellishings,
And sensuous summer stood full-height.

The master of the spruce, himself,
Became transformed.  But his mastery

Left only the fragments found in the grass,
From his project, as finally magnified.

The seasons are paramount in Stevens's poetry.  The spruce of Stevens's summer is vastly different than his spruce of winter in "The Snow Man": "The spruces rough in the distant glitter/Of the January sun."

Yes, of course:  "The world is what you make of it."  "Reality is an activity of the most august imagination."  While we are here.  As the seasons unfold around us. 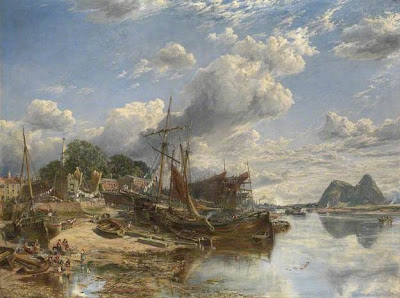