"As Under The Sea"

John Drinkwater's poem "The Wood," which appeared in my previous post, wonderfully evokes the feeling of late winter within a grove of trees.  At this time of year, all is silent and still and half-lit -- an impression heightened by the damp, leaf-strewn ground, which deepens the silence and stillness.

But, as Drinkwater's poem suggests, things are alive underfoot.  There are tiny hints of emerging green in the leaf-mouldy mud.  We seem to be on the verge of something. 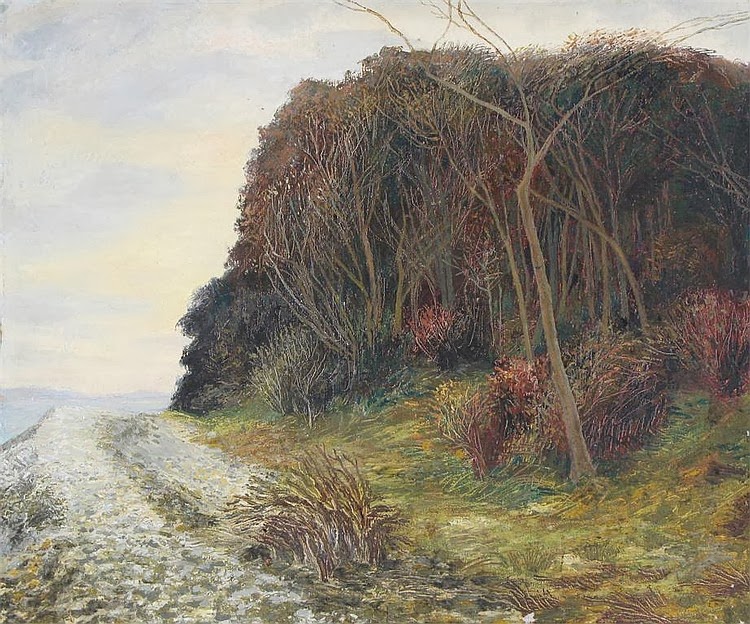 The following poem is not necessarily set in late winter, but it captures the feeling I am struggling to articulate.

A wind sways the pines,
And below
Not a breath of wild air;
Still as the mosses that glow
On the flooring and over the lines
Of the roots here and there.
The pine-tree drops its dead;
They are quiet, as under the sea.
Overhead, overhead
Rushes life in a race,
As the clouds the clouds chase;
And we go,
And we drop like the fruits of the tree,
Even we,
Even so.

"As under the sea" (line 8) in particular gets at the still and hushed feeling on the forest floor at this time of year, as does the image of clouds moving quickly overhead, while nothing stirs in the all-day twilight of the world that lies beneath the empty branches. 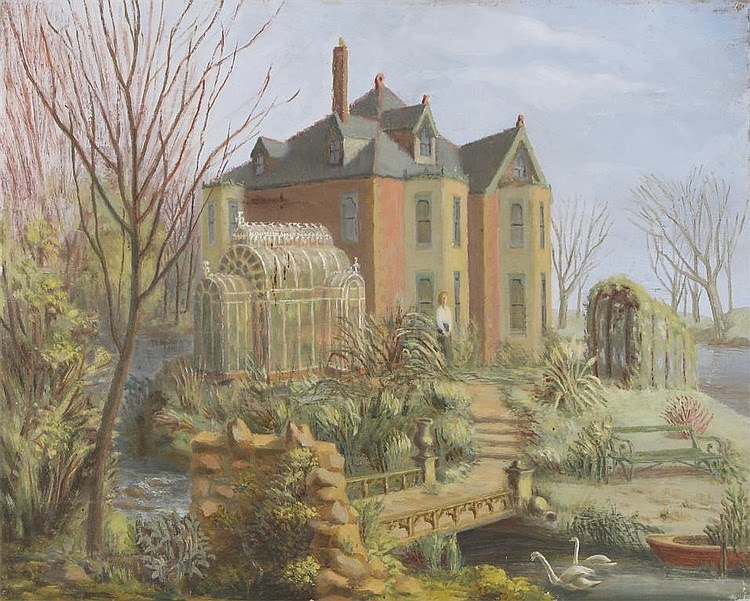 Here is another similarly evocative poem out of the Victorian era.

A wood obscure in this man's haunt of love,
And midmost in the wood where leaves fall sere,
A pool unplumbed; no winds these waters move,
Gathered as in a vase from year to year.

And he has thought that he himself lies drowned,
Wan-faced where the pale water glimmereth,
And that the voiceless man who paces round
The brink, nor sheds a tear now, is his wraith.

Call me old-fashioned, but I love "Wan-faced where the pale water glimmereth."  The world becomes a poorer, less enchanted place when a word such as "glimmereth" passes out of use.  Or so it seems to me.

"The Pool" brings to mind some lines from T. S. Eliot's "Burnt Norton" -- likely due to the haunted feel of both poems.

So we moved, and they, in a formal pattern,
Along the empty alley, into the box circle,
To look down into the drained pool.
Dry the pool, dry concrete, brown edged,
And the pool was filled with water out of sunlight,
And the lotos rose, quietly, quietly,
The surface glittered out of heart of light,
And they were behind us, reflected in the pool.
Then a cloud passed, and the pool was empty. 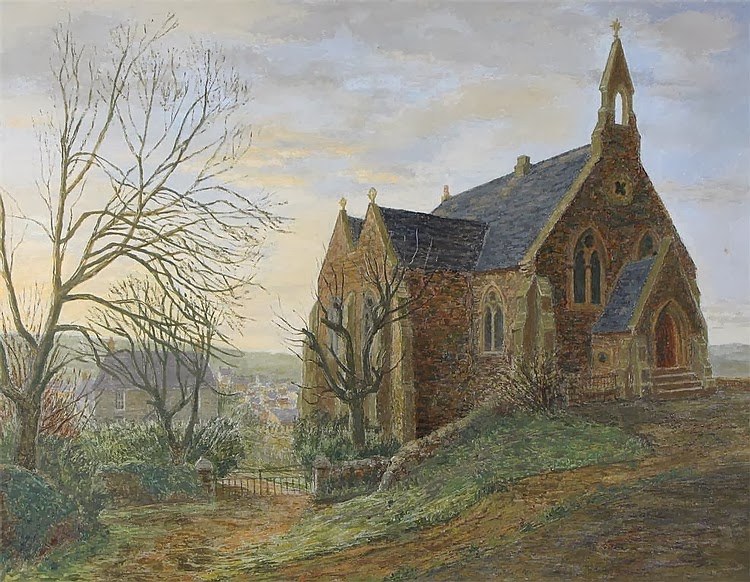 Mr Pentz, it's been a very busy term since the New Year began, so I've had few opportunities to drop by. I'm glad that I did today. The Merdith poem is beautiful, and your own introduction does, I think, capture the quiet and stillness of the woods at this season.
As you may have heard, we have been experiencing very heavy and sustained rainfall here in the south of England, and i many other parts of the country too. As a consequence the small area of woodland local to me has been subject to significant flooding.
The woods have a strangely empty feeling to them, few birds singing and little sign of any other wildlife, though it has not been cold. The waterfowl have discovered new lakes and ponds to explore in flooded fields nearby.
As things begin to quieten down here over the next few weeks I shall hopefully, have a little more leisure to spend time with those things I should prefer to linger over, such as the poetry and paintings to be found on your blog.

Mr Ashton: it's very nice to hear from you again. I appreciate your stopping by whenever time permits. In the meantime, I hope that things dry out as Spring arrives. As ever, thank you for your thoughts.