This is a postscript to my post earlier this month about "Things."  It takes its cue from the final two lines of Jorge Luis Borges's poem of that name (which appeared in the post):

They will endure beyond our vanishing;
And they will never know that we have gone.

"Well, of course!" most of us would say.  But it is a sobering thought nonetheless.  Off we go into the ether, leaving all these things behind.  I won't presume to invest them with life.  But I cannot help but think that they continue to carry with them some trace of those who have departed. 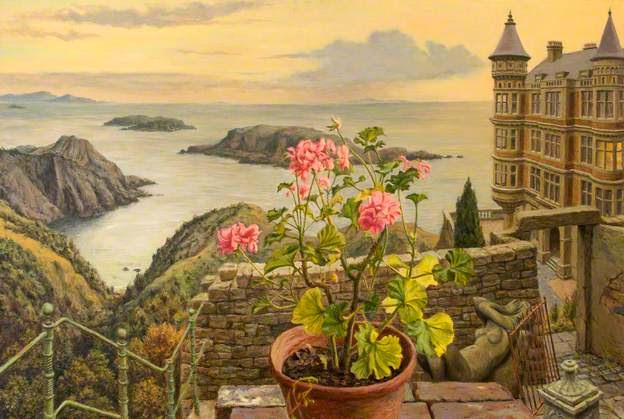 Like a dream recurring
this house where trees crowd in
by the bend of a stream
pampas whispering in the rain;
through darkling rooms
press beautiful people
and avid fingers
are turning over and over
the delicate riches of old neighbours.

'Not friends, no, not friends,
or we wouldn't be here.
They have gone away now
(we mean they are dead)
leaving behind them
these Venetian lustres,
thick ropes of amber,
snuff boxes, netsukes, cream jugs, miniatures,
and that little French clock.
These delectable morsels
we coveted whenever we dined
at this dull cold house
can be Ours now, Ours. . . .'

'But the books, alas, are stained
and have been read too often'
(maybe far into the night
assuaging tears dropped down on them
that would explain the pity of it)
'they are no use now to Us
nor to anyone.'

I have nothing against estate sales.  But when I attend one I feel that I am intruding.  I understand that the erstwhile owners are "sleeping at last, the trouble and tumult over."  But I feel their lives hovering about the objects on display.  Not in a spooky way, but in a bittersweet way.

And then the thought arrives:  So this is what it comes to.  These things. The thought comes without condescension (believe me), for I know that it will be exactly the same for me one day:  a few objects on a card table. 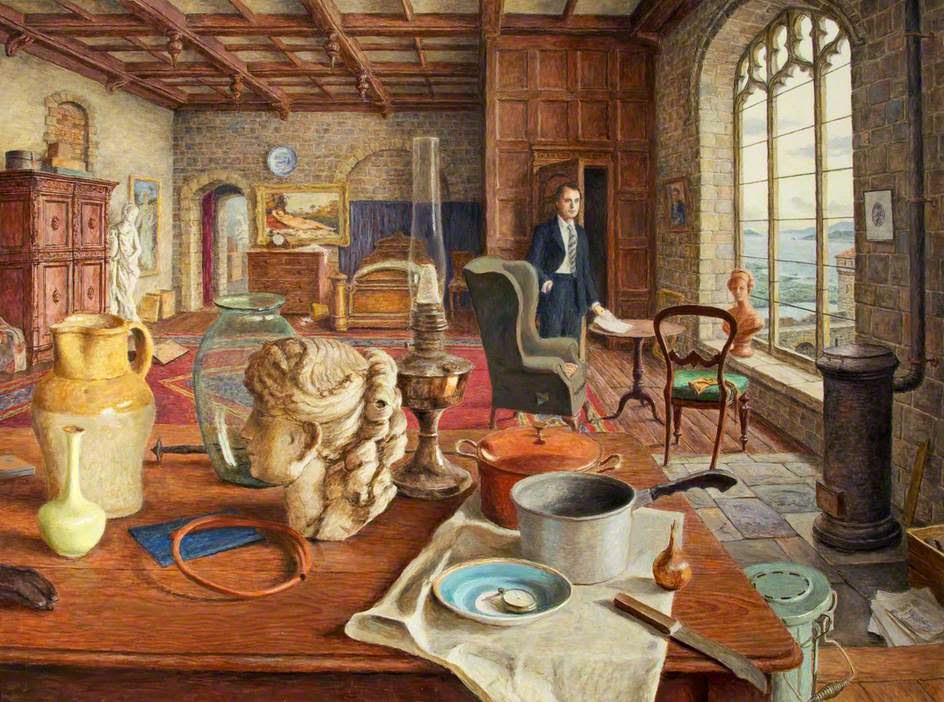 In an Auction Room

How many deaths and partings spilled
this jumble in an upper room;
and every chair or mirror filled
with elbowing and smell of lives:
the gloom
of this tall wardrobe stopped the sun
entering a home; the great brass bed
stood in its throne-room, and its springs
and shining arms are crammed like mines
with regal illness and with love:
the terrible settee
with worn red flowers, the table de nuit,
the picture with the little man
walking the infinite road
to a West of gold;
these have all been (and are to be)
loves truer than our human mould,
or desperate walls
flung up against the shock of things,
what has no name; or growing old. 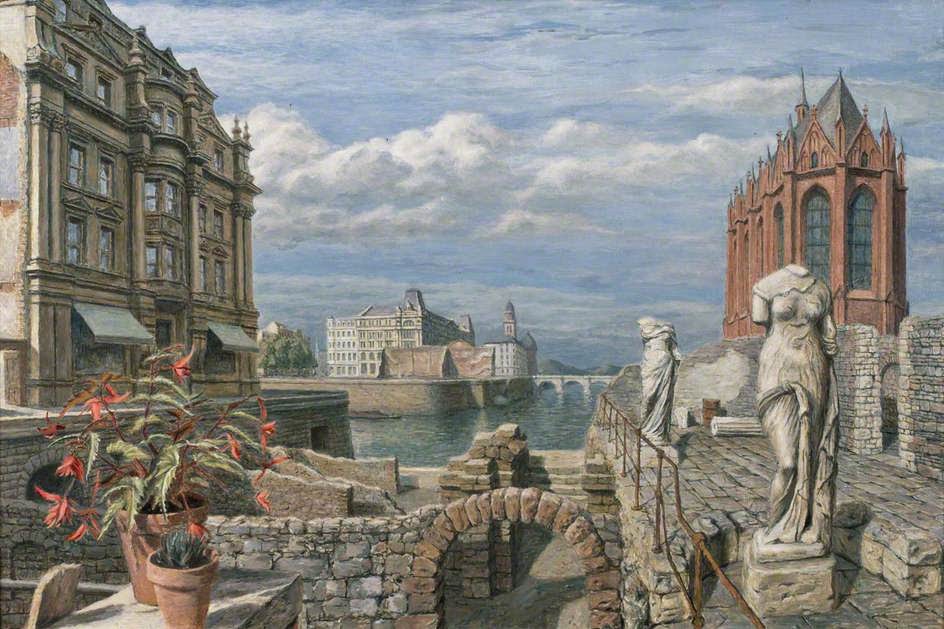 Lately I have been reading the essays of Addison, and if one reads Addison one must, almost perforce,needs read Steele.

Last night I read Steele's short essay “On Recollections of Childhood.” It was in “The Tatler”, #181, on June 6, 1710. The essay is about death and how the death of someone close to us affects us. Steele begins by describing the first such death he experienced. It was his father. He was too young to know really what death meant. The essay ends with the below paragraph (the entire essay, a short one, is online).

It’s about the death of the first woman he loved. Not uncommon in those days, she was fine one day, in full bloom, lovely and charming,and, alas, dead a few days later. Steele says he saw her “dressed for a ball and in a shroud” in the same week.

What impresses me about the essay is the healthy frame of mine it exemplifies. Steele, thinking of the death of the beautiful young maid, is, he thinks, on the verge of locking himself alone in his closet and submitting to unremitting grief. He comes into possession of some wine. He invites three of his friends over to share the wine, and, one might suppose, and dark thoughts on the nature of death, the vicious caprice of life, the four men sitting down to talk dark talk about blasted human hopes, the inexorable journey to the grave.

Healthy minds, however, cannot stay this lamentable course; a sound mind revolts at morbidity. The men, despite the circumstances of their meeting, find themselves cheerful, if not “frolicsome.” They drank and talked until two in the morning, each man consuming two bottles of wine. The next day Steele implies that each man looked back on the time he spent drinking and talking with his friends as an enjoyable experience. Steele’s words are the words of a reasonable man. Reasonable men, when they gather, find life breaking out, wit and humor irrepressible.

Here (were there words to express such sentiments with proper tenderness) I should record the beauty, innocence, and untimely death, of the first object my eyes ever beheld with love. The beauteous virgin! how ignorantly did she charm, how carelessly excel! Oh death! thou hast right to the bold, to the ambitious, to the high, and to the haughty; but why this cruelty to the humble, to the meek, to the undiscerning, to the thoughtless? Nor age, nor business, nor distress, can erase the dear image from my imagination. In the same week I saw her dressed for a ball, and in a shroud. How ill did the habit of death become the pretty trifler! I still behold the smiling earth--A large train of disasters were coming on to my memory, when my servant knocked at my closet-door, and interrupted me with a letter, attended with a hamper of wine, of the same sort with that which is to be put to sale on Thursday next, at Garraway's coffee-house. Upon the receipt of it, I sent for three of my friends. We are so intimate, that we can be company in whatever state of mind we meet, and can entertain each other without expecting always to rejoice. The wine we found to be generous and warming, but with such a heat as moved us rather to be cheerful than frolicsome. It revived the spirits, without firing the blood. We commended it until two of the clock this morning; and having to-day met a little before dinner, we found, that though we drank two bottles a man, we had much more reason to recollect than forget what had passed the night before.

Anonymous: thank you very much for taking the time to share this. It provides a useful counterpoint to the perhaps overly gloomy thoughts of my post.

It also reminds me that I have never gotten around to exploring The Tatler and The Spectator as thoroughly as I ought to have. I know that there are many treasures awaiting me there, and time is passing.

Thank you again for bringing this to our attention.

I enjoyed this post, perhaps because it recalled my own experiences with clearing my parents home, enduring the estate sale, and finally, the sale of their house. Not an easy time, but one that many of us share.
And, I would like to share this with you. The poet is David Whyte, the poem is from his "The House of Belonging." This is part of the poem "What I Must Tell Myself."

...I am part of a great migration
that will take me to another place.
And though all the things I love
may pass away and
the great family of things and people
I have made around me
will see me go,
I feel them living in me
like a great gathering
ready to reach a greater home."

Hope you enjoy this -
Mary

Mary: as always, thank you very much for visiting, and for your thoughts. And thank you as well for the excerpt from David Whyte's poem, whose work is new to me. One of the benefits of growing older is coming to terms with passings and vanishings -- seeing them as part of something larger.

I appreciate your stopping by.