"Songs And Dreams Are Better Than The Truth"

I am fond of perusing poetry anthologies -- the older the better.  As I have mentioned before, individual poems are more important than individual poets.  Of course, I have my favorite poets.  And, of course, the best-known poets have produced a greater number of good poems than the average obscure poet.

But there is something to be said for the forgotten, struggling poet who produced a good poem that has been lost in the Mists of Time.  These poems are waiting patiently for us in out-of-the-way anthologies. 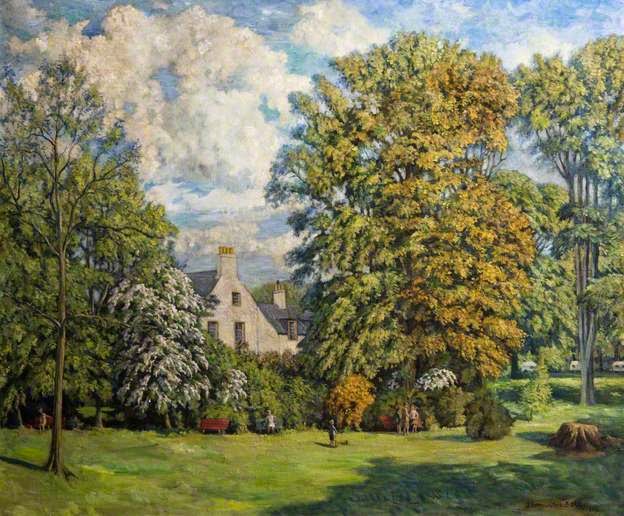 For instance, I recently came across the following poem in Georgian Poetry 1920-1922, the final entry in Edward Marsh's series of anthologies. The usual names are there -- Walter de la Mare, W. H. Davies, Robert Graves, Edmund Blunden -- but so is William Kerr, who I had not heard of before.

Mere living wears the most of life away:
Even the lilies take thought for many things,
For frost in April and for drought in May,
And from no careless heart the skylark sings.

Those cheap utilities of rain and sun
Describe the foolish circle of our years,
Until death takes us, doing all undone,
And there's an end at last to hopes and fears.

Though song be hollow and no dreams come true,
Still songs and dreams are better than the truth:
But there's so much to get, so much to do,
Mary must drudge like Martha, dainty Ruth

Forget the morning music in the corn,
And Rachel grudge when Leah's boys are born.

As far as I can discover, Kerr published a single volume of verse: The Apple Tree (in 1927).  It turns out that he and Ivor Gurney were friends.  Part of me wishes to hear a Gurney echo in "mere living wears the most of life away."  Or in:  "Though song be hollow and no dreams come true,/Still songs and dreams are better than the truth." But that is pure speculation. 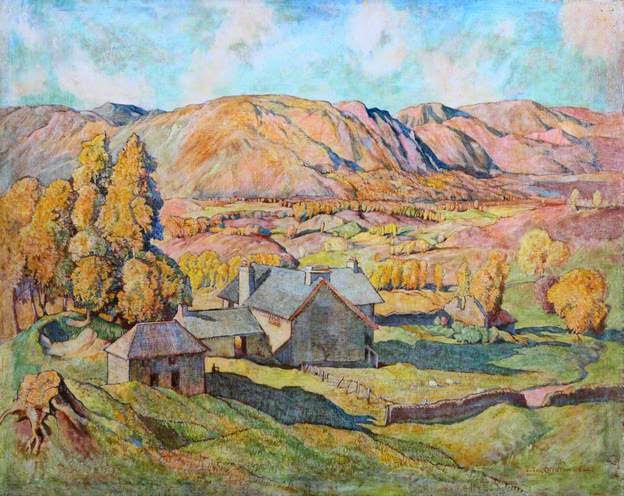 Here is another poem from the same volume.

On a Friend Who Died Suddenly
Upon the Seashore

Quiet he lived, and quietly died;
Nor, like the unwilling tide,
Did once complain or strive
To stay one brief hour more alive.
But as a summer wave
Serenely for a while
Will lift a crest to the sun,
Then sink again, so he
Back to the bright heavens gave
An answering smile;
Then quietly, having run
His course, bowed down his head,
And sank unmurmuringly,
Sank back into the sea,
The silent, the unfathomable sea
Of all the happy dead.

Pellow gained some notoriety in his day when his poem "The Temple" was selected as one of the thirteen poems examined by I. A. Richards in Practical Criticism: A Study of Literary Judgment (1929).  In response to Richards's request to use the poem, Pellow good-naturedly responded:  "It is pleasant to know that I am serving the cause of science!"  Ibid, page 367. Pellow no doubt knew what he was in for at the hands of Richards.  But perhaps he got the last laugh:  Pellow's poem received the highest "favourable" ranking from the Cambridge students who read and analyzed the poems selected by Richards, thus triumphing over poems by John Donne, Christina Rossetti, Gerard Manley Hopkins, Thomas Hardy, and D. H. Lawrence.  Ibid, page 365.

Those of you who hold to strict critical principles may find this sort of poem to be not worthy of close attention.  I concede that J. D. C. Pellow is not Thomas Hardy or W. B. Yeats.  Call me soft-hearted or soft-headed or bereft of critical principles (whatever they are), but I like (unapologetically) this poem.  And I love the last four lines. 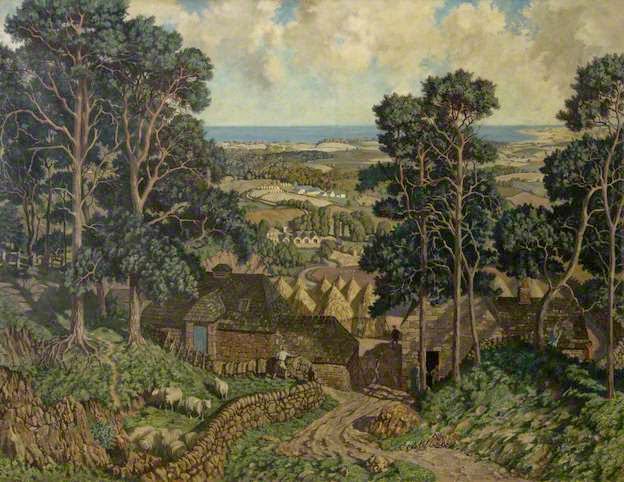 These lines have stayed with me all day and have given me comfort in my loss "Then quietly, having run
His course, bowed down his head". I shall seek out more of this poet and his work. Thank you once again.

Have you read the novel "The Anthologist" by Nicholson Baker? Very witty, about a poet who collects poetry anthologies and is also publishing an anthology of rhymed verse. Most of the poets he considers are almost contemporary, but he has some interesting reflections on the history of rhyme.

acornmoon: I am very sorry to hear of the loss of your beloved companion. I will be thinking of you. If today's poem helped in some tiny way to comfort you, I am very gratified. Please take care.

Goethe Girl: I had heard of Baker's book, and the subject matter, as you might expect, piqued my interest. However, I haven't read it: my reading of fiction in recent years has dwindled to, well, zero. But looking into it on the Internet after reading your comment, it looks like it is indeed right up my alley.

Thank you very much for visiting again, and for the recommendation.

Stephen, William Kerr is a gem of a discovery. 'The Audit' just about knocked me over. I remember when I was trying to discover new poets in my teens I acquired a book, 'Dylan Thomas's Choice'
with all of his favorite verse. Therein, I discovered Gerard M. Hopkins, Thomas Hardy (the poet)
and so many more to light up my firmament. Three cheers for anthologies~
julie

Julie: I'm pleased that you liked "The Audit." I, like you, was quite happy to stumble upon it. It was an unexpected gift. Yes, anthologies are wonderful -- you never know what will turn up and how it may change your life. We need the happenstance they provide.

As ever, it is a pleasure to hear from you. Thank you for visiting.