Spring came in a rush this week.  Overnight (or so it seemed) all of the trees came into leaf at once.  Perhaps this was merely a trick of the light.  But the coming to greenness had a suddenness about it that was startling.

From a distance, the groves of hardwoods -- though the dark limbs of winter remain visible -- are now covered in a mist of light-green:  not yet the deep-green of summer.  "Nature's first green is gold . . ." 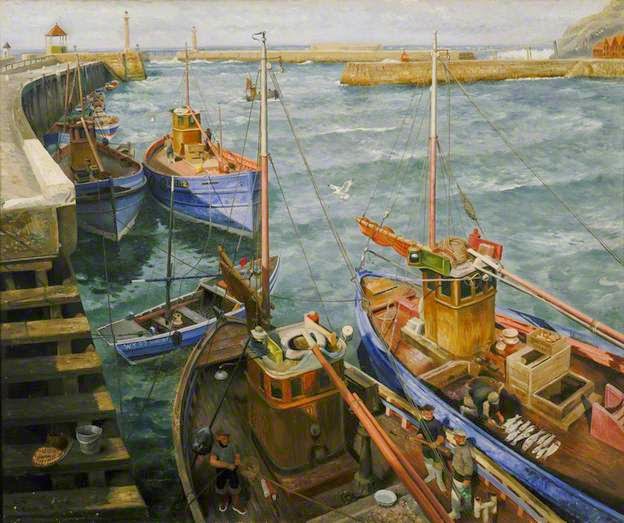 The following two poems are splendid arrival-of-spring poems.  They capture wonderfully the coming out of hibernation feel of the first long days of the season.   That sense of emerging from a winter burrow, eyes squinting and blinking, out into sunlight and color.

Before the first visitor comes the spring
Softening the sharp air of the coast
In time for the first 'invasion'.
Today the place is as it might have been,
Gentle and almost hospitable.  A girl
Strides past the Northern Counties Hotel,
Light-footed, swinging a book-bag,
And the doors that were shut all winter
Against the north wind and the sea mist
Lie open to the street, where one
By one the gulls go window-shopping
And an old wolfhound dozes in the sun.

"An ideogram on sea-cloud" is particularly lovely. 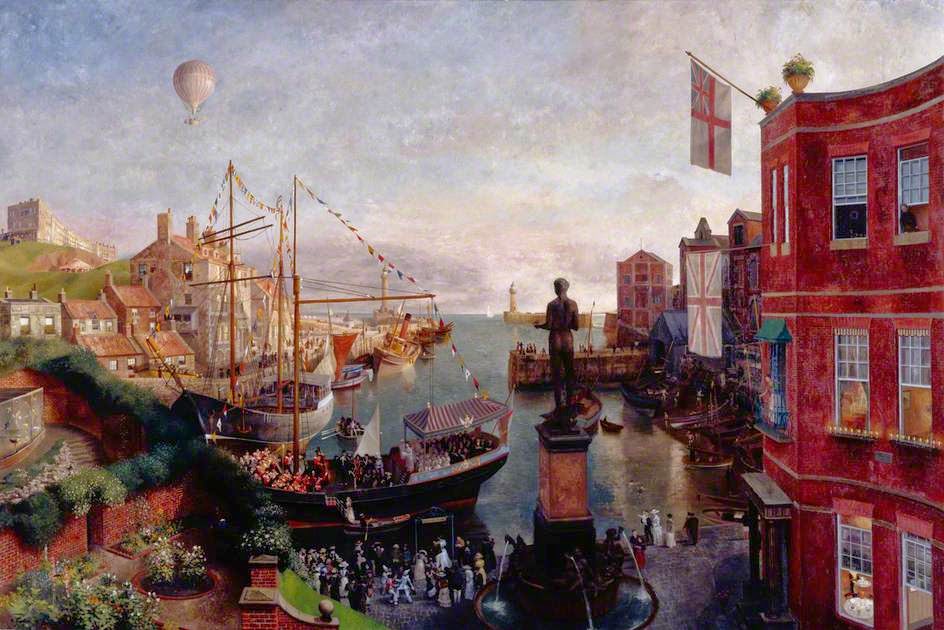 The kind of rain we knew is a thing of the past --
deep-delving, dark, deliberate you would say,
browsing on spire and bogland; but today
our sky-blue slates are steaming in the sun,
our yachts tinkling and dancing in the bay
like race-horses.  We contemplate at last
shining windows, a future forbidden to no-one.

The lines "We contemplate at last/shining windows, a future forbidden to no-one" bring to mind two other poems.  Mahon's "Everything Is Going To Be All Right" (which has appeared here before) closes with these lines:

The sun rises in spite of everything
and the far cities are beautiful and bright.
I lie here in a riot of sunlight
watching the day break and the clouds flying.
Everything is going to be all right.

Rather than words comes the thought of high windows:
The sun-comprehending glass,
And beyond it, the deep blue air, that shows
Nothing, and is nowhere, and is endless. 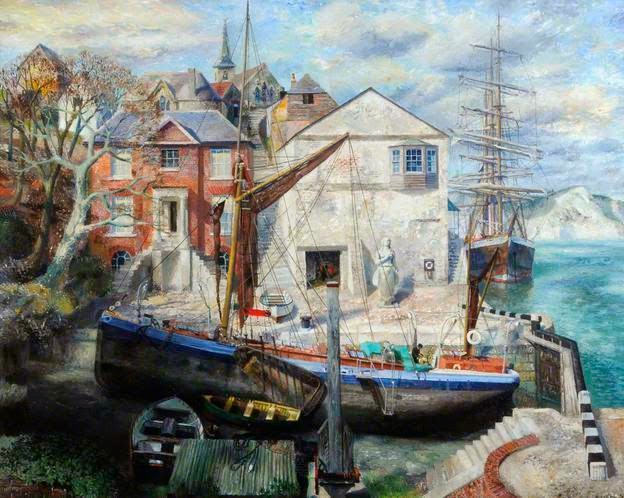 "While I sit with my paper and prawn chow mein"
Paper and prawn dishes? Would that be the adoption of Chinese cuisine to N. Ireland?

NOTHING is so beautiful as spring—
When weeds, in wheels, shoot long and lovely and lush;
Thrush’s eggs look little low heavens, and thrush
Through the echoing timber does so rinse and wring
The ear, it strikes like lightnings to hear him sing; 5
The glassy peartree leaves and blooms, they brush
The descending blue; that blue is all in a rush
With richness; the racing lambs too have fair their fling.

What is all this juice and all this joy?
A strain of the earth’s sweet being in the beginning 10
In Eden garden.—Have, get, before it cloy,
Before it cloud, Christ, lord, and sour with sinning,
Innocent mind and Mayday in girl and boy,
Most, O maid’s child, thy choice and worthy the winning.

Nobody is more exuberant about the arrival of spring than the shy priest Hopkins. Hopkins sees spring as noting less than a reminder of the world before the Fall. Implicit in the poem is the transitory grandeur of spring: it will indeed "cloy" and "cloud," leaving, I suppose, only Frost's oven bird to sing of a diminished world. You appositely quote Frost: "Nothing gold can stay."

Although we live so far apart, I'm often surprised to see how closely our seasons coincide, even in their smallest details. Some accident of latitude and micro-climate, perhaps. And beyond this, there is the little miracle of how subtle differences of season and mood can be conveyed by words or paintings.

The Larkin poem is my favourite by him. I like the way it moves from such bitterness and grossness of expression to something religiously transcendent. Many thanks.

Nigel PJ: I've lived with that poem for years, and I never noticed that. You'll not catch me making any comments on the cuisine of Northern Ireland or Ireland (or the UK, for that matter)! I will say that Mahon is known for revising previously-published poems. (Often to the chagrin of his admirers, such as myself.) He hasn't, however, tinkered with that particular line over the years!

Anonymous: you and I have similar tastes: I posted Hopkins's "Spring" on March 30 in tandem with Philip Larkin's "Coming." It is apt here as well. I agree that it does carry a warning (lovely, though) of the loss of Eden.

Sam Vega: yes, although there may a difference of about 5 degrees in latitude, we are very similar -- dampness, if nothing else! Vancouver (which is just up the road about 140 miles) even more so, I think.

I agree with you about the movement in "High Windows": it is marvelous how he moves from that harsh beginning to the closing image -- which, if you pick it apart, is not exactly optimistic or hopeful, but is nonetheless, as you say, transcendent.