By posting the following poem, it is not my intention to take sides in the evergreen dogs versus cats contest.  (I have likely exposed my preferences in a previous post, although I am certainly fond of cats as well.)  Rather, I find the image in the first three lines to be both clever and seasonally apt.  (And I do think that it is a fine dog poem, unexpectedly coming from an eccentric poet who is probably best known for his obsession with death.) 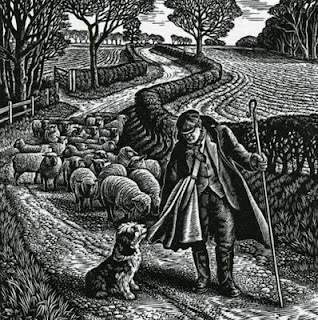 Sonnet: To Tartar, a Terrier Beauty

Snow-drop of dogs, with ear of brownest dye,
Like the last orphan leaf of naked tree
Which shudders in bleak autumn; though by thee,
Of hearing careless and untutored eye,
Not understood articulate speech of men,
Nor marked the artificial mind of books,
-- The mortal's voice eternized by the pen, --
Yet hast thou thought and language all unknown
To Babel's scholars; oft intensest looks,
Long scrutiny o'er some dark-veined stone
Dost thou bestow, learning dead mysteries
Of the world's birth-day, oft in eager tone
With quick-tailed fellows bandiest prompt replies,
Solicitudes canine, four-footed amities. 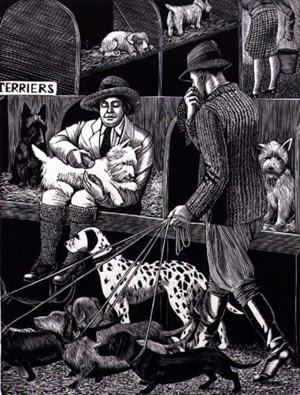 Oh I like Beddoes so much! And I've never read this. I have to smile at your apologetic tone about cats vs. dogs. Sounds just like me......
j

Julie: I confess that I am not very familiar with Beddoes -- only a few poems that I have come across in anthologies. I vaguely remember a strange one about a crocodile, which I'll have to track down again. But when I came across the dog sonnet I was surprised: it didn't seem like the Beddoes I thought I knew.