In Boughs: Stars, Planets, And A Wasp Trap

Quite some time ago, I remarked upon Walter de la Mare's fondness for the word "lovely."  His friend Edward Thomas was fond of the word as well.

This moonlight makes
The lovely lovelier
Than ever before lakes
And meadows were.

And yet they are not,
Though this their hour is, more
Lovely than things that were not
Lovely before.

Nothing on earth,
And in the heavens no star,
For pure brightness is worth
More than that jar,

For wasps meant, now
A star -- long may it swing
From the dead apple-bough,
So glistening. 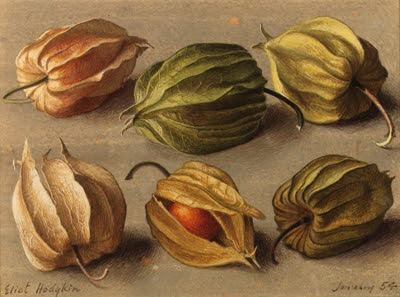 However, what brought me back to "The Wasp Trap" was not the word "lovely," but the thought of stars and planets in the boughs of trees.  Another instance of one thing leading to another.

Trees are jars for them: water holds its breath
To balance them without smudging on its delicate meniscus.
Children watch them playing in their heavenly playground;
Men use them to lug ships across oceans, through firths.

They seem so twinkling-still, but they never cease
Inventing nursery rhymes and huge explosions
And migrating in mathematical tribes over
The steppes of space at their outrageous ease.

It's hard to think that the earth's one --
This poor sad bearer of wars and disasters
Rolls-Roycing round the sun with its load of gangsters,
Attended only by the loveless moon. 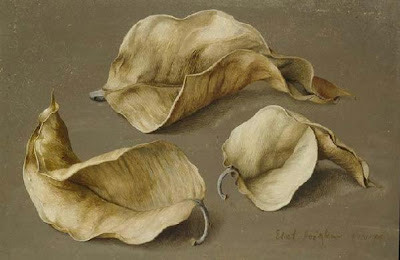 Lovely. Especially "Rolls-Roycing round the sun."

Thanks for visiting again, Mary F. C. Pratt. Yes, the "Rolls-Roycing" image is wonderful, isn't it? And I like the "load of gangsters" as well.