Life As A Work Of Art, Part Three: "The Prologue Often, And Then No Play"

The theme of this series of posts is the poetic conceit that life is akin to a work of art.  Perhaps the best-known instance of the conceit is the passage from Shakespeare's As You Like It:  "All the world's a stage, /And all the men and women merely players . . ."  Of course, Shakespeare was neither the first nor the last to employ this idea.

At some point in our lives, the thought may occur to us that we are playing (whether by choice or by fate) a role in an unfolding entertainment of some sort.  Whether that entertainment is drama, comedy, tragedy, or farce is the (unanswered) question. 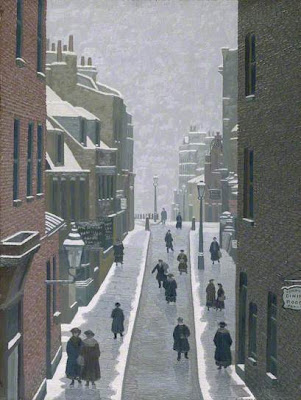 Masque of All Men

In the cold-windy cavern of the Wings
With skeletons of unused sets above them
The actors' painted heads clustered,
Clustered and whispered.  One head whispered,
'This has been my life:  the Prologue often,
And then no Play.  Or when the play has come
The players have departed, the parts being played
By understudies, makeshifts, shifting
The balance, the play, the purpose:
The lines dissolving and the play transposing
Itself into another, an unrehearsed;
So that the prompter, script discarded, idly
Sits in the echoing cavern
Among cold winds beneath the unused sets.'

Tessimond's description of the life we actors lead seems apt:  there never is a script, is there?  Nor a prompter.  I am reminded of the dream in which you show up to take an exam on the final day of class and suddenly realize that you have not attended any of the lectures and have not read any of the required course materials.  You are on your own. 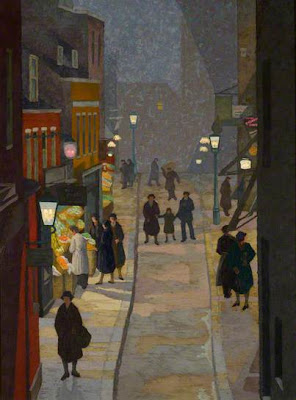 I can't remember who said the below in summing up Otto Rank's theory of the Will, but it seems apt to the notion that human beings perforce create their symbolic beings and their subsequent characters:

"Man is an act, not a fact, from the cradle to the grave."

SP,
Thanks for posting this. Went back to catch up on the previous entries under this tag. Especially struck by the unexpected "an unrehearsed" at the end of line 11: one expects a concluding "one" to be there (or some other noun). Brilliant.

Mr. Floyd: thank you very much for that quote -- I hadn't heard it before. It fits the theme very well. Whether with intent or by accident, we do tend to engage in a fair amount of character creation in our lives, don't we?

It's always good to hear from you. Thanks for visiting again.

B.R.: yes, "an unrehearsed" caught my attention as well the first time I read the poem. It seemed odd, but I came to the same conclusion that you did.

Thank you for the thoughts, and for stopping by again.

SP,
A few other thoughts... Tessimond is gorgeously playing with "staging the sonnet" here - notice how he shortens the number of beats in lines 3, 9, and 13 - each time purposeful and in alignment with his sense (clustered heads; shifting the balance, and setting up the overflow ending from inside the confined cavern).

And then the echoes in the overflow portion of the sonnet (lines 15-18). Which functions to raggedly provide overall symmetry - the 4-line intro (prologue), the 10-line quote from "one head", and the 4-line coda. Brilliant.

So, the sonnet itself emblemizes the stage and wings and prompter's pit (where the poet sits?).

B.R.: thank you very much for those follow-up comments. I had noticed that the first 14-lines stood apart, and I figured that Tessimond was thinking of a sonnet. Your analysis puts it all together very well!

As you may have noticed from a number of my previous posts, I am an admirer of Tessimond, and I'm hoping to help spread the word about him in my small way.

As you have perceived, he was very aware of poetic craftsmanship, but in a way that is not showy. His poems flow so naturally (usually using natural speech syntax and rhythms) that it is often not until later that you notice the verse form or rhyme-scheme that he has used.

SP,
Thanks to your promotion of Tessimond, I've enjoying getting to know his work - was unknown to me before. Also, on a random click in your "Labels" column, James Reeves was discovered to me - what a treat.

Thank you for your excellent and generous work.

B. R.: thank you very much for your kind words.

As its name implies, I see this blog as a work of preservation and of sharing. Thus, I am always delighted when people respond positively to those who are not as well known as they should be and who deserve preserving: Reeves and Tessimond, for instance. I'm pleased that you came across the poems by Reeves in addition to Tessimond's work.