In "Portrait of a Romantic" (which I posted earlier this week), A. S. J. Tessimond describes a Romantic as one who "tries to climb the wall around the world."  This image reminded me of a poem by C. P. Cavafy which is not necessarily about Romanticism, but does involve, well, walls.

With no consideration, no pity, no shame,
they have built walls around me, thick and high.
And now I sit here feeling hopeless.
I can't think of anything else:  this fate gnaws my mind --
because I had so much to do outside.
When they were building the walls, how could I not have noticed!
But I never heard the builders, not a sound.
Imperceptibly they have closed me off from the outside world. 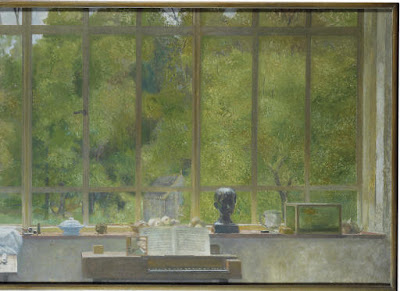 Now, before coming too quickly to the conclusion that Cavafy was a paranoiac, we should consider a few things.  First, although he worked as a clerk in the office of the Third Circle of Irrigation in the Ministry of Public Works in Alexandria, Egypt, Cavafy's life was not conventional.  He perhaps had good reason to feel isolated or cut-off from the world around him.  But, from what I have read of his life, he seems to have been an equable, mild-mannered person.  Which is not to say, of course, that his life was devoid of passion.

Second, who among us has not had a walled-in sensation from time to time?  For instance, think about the 20th century for a moment.  Doesn't the very thought of that century give you a feeling of claustrophobia?  Or, on a lighter, more contemporary, note, consider two words:  "reality television."  Thousands of years of civilization have brought us to this flowering of human potential.  One might get the sense that the wall-builders are -- without consideration, pity, or shame -- assiduously at work all around us as we speak.  But perhaps I am just being paranoid. 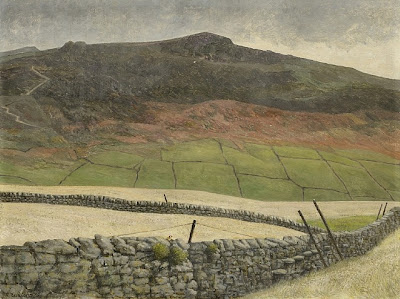 Here is an alternative translation of the poem by Daniel Mendelsohn. Unlike Keeley and Sherrard, Mendelsohn has followed the couplet arrangement and rhyme scheme employed by Cavafy in the Greek original.

Without pity, without shame, without consideration
they've built around me enormous, towering walls.

And I sit here now in growing desperation.
This fate consumes my mind, I think of nothing else:

because I had so many things to do out there.
O while they built the walls, why did I not look out?

But no noise, no sound from the builders did I hear.
Imperceptibly they shut me off from the world without. 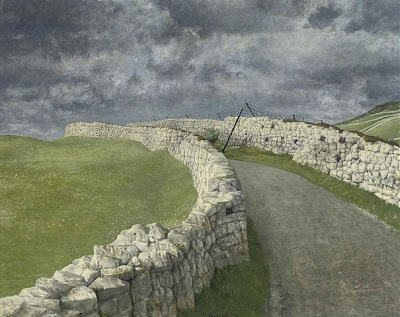 It would be interesting to know how old the poet was when he wrote the poem because it could also be viewed as carrying echoes of the sense of disassociation from the everyday world and its fashions and preoccupations that seems to sometimes come with advancing age.

And isn't it strange, Mr Pentz, how societies, states and civilizations have, throughout history, built walls to keep out the barbarians, the savages, the "other"? Yet, it is usually those within the walls that are the real threat. And those walls are still being built. But never, I think, by poets.

Mirabilis: that is an excellent thought. So, I checked the Keeley/Sherrard edition of Cavafy's poems and discovered in their note to the poem that he wrote it on September 1, 1896: when he was 33. Still, your thought remains valid: Cavafy did seem wise beyond his years in his early poems.

In addition, as I'm sure you know, he wrote a few harrowing poems about old age when he was young. I'm thinking of, for example, "An Old Man" and "The Souls of Old Men." The latter begins: "Inside their worn, tattered bodies/dwell the souls of old men" and ends: "sitting -- half comic and half tragic --/inside their old, threadbare skins." Yikes!

Thank you very much for stopping by, and for your thoughts.

Mr. McEwan: I agree. I suspect that you are thinking of Cavafy's "Waiting for the Barbarians." The implication of that poem seems to be that the barbarians are already within the walls. I'm not sure that I thought things through completely before spouting off! You state the matter much better than I was able to.

However, I should note, regarding your last comment, that we mustn't forget that "poets" are capable of doing things like writing an "Ode to Stalin" (Pablo Neruda, 1953). But I am not challenging your thought: someone who feels the Muse directing him to write an Ode to Stalin (or something else along those lines) is not a poet in any case, so I agree with what you say.

As always, I appreciate hearing from you. Thanks again.

am visiting your blog after a long gap, and feel as happy as ever amidst your musings.

to me, these could be the walls of conditioning that act as a separative force shaping our minds from the earliest years. would like to read more of Cavafy, of whom i've never heard before.

anjali: I'm delighted to hear from you again. Thank you very much for visiting once more.

And thank you as well for your thoughts about the "walls" that we build around us. I would encourage you to read more Cavafy -- his poetry is wonderful.