In the Elizabethan Age, what people longed for was "content" (as in "contentment"), not happiness.  This makes perfect sense.  Happiness is overpromoted and overrated.

One of the founding principles of the country in which I live is that human beings have an "unalienable right" to "the pursuit of happiness."  Thomas Jefferson was wise, but with a practical bent (he was not a utopian dreamer):  it is the "pursuit" of happiness that is an unalienable right, not happiness itself.  Alas, a great many of my fellow Americans believe that they are entitled to be "happy."  Whether they have ever read, or heard of, the Declaration of Independence (and whether they know who Thomas Jefferson is) I will not venture to say. 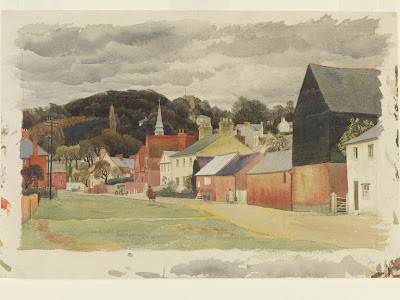 For a start, here is one way of looking at our options.

Were I a king I could command content.
Were I obscure, unknown should be my cares.
And were I dead, no thoughts should me torment,
Nor words, nor wrongs, nor loves, nor hopes, nor fears.
A doubtful choice, of three things one to crave,
A kingdom, or a cottage, or a grave. 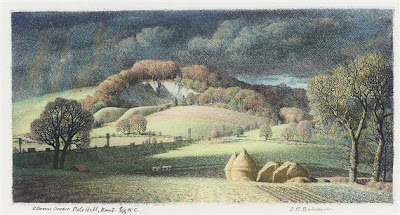 Well, then, a cottage it is.

In crystal towers and turrets richly set
With glittering gems that shine against the sun,
In regal rooms of jasper and of jet,
Content of mind not always likes to wone;
But oftentimes it pleaseth her to stay
In simple cotes closed in with walls of clay.

"Wone" (line 4) is defined by the OED as "to stay habitually, dwell, live." The "walls of clay" of the "simple cotes" in the final line bring to mind Yeats's "And a small cabin build there, of clay and wattles made" from "The Lake Isle of Innisfree." 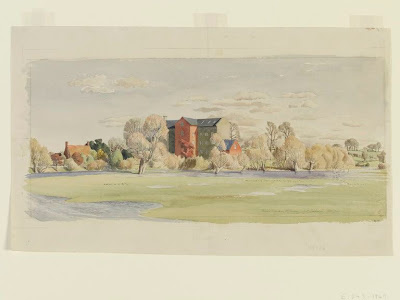 Here is a lengthier consideration of what content consists of.

Sweet are the thoughts that savour of content;
The quiet mind is richer than a crown;
Sweet are the nights in careless slumber spent;
The poor estate scorns fortune's angry frown:
Such sweet content, such minds, such sleep, such bliss,
Beggars enjoy, when princes oft do miss.

The homely house that harbours quiet rest;
The cottage that affords no pride nor care;
The mean that 'grees with country music best;
The sweet consort of mirth and music's fare;
Obscured life sets down a type of bliss:
A mind content both crown and kingdom is.

I particularly like the lovely alliteration and assonance of "the homely house that harbours quiet rest" and "sweet are the nights in careless slumber spent."  And the idea of attaining "a type of bliss" (a fine phrase) by living an obscure life is very nice. 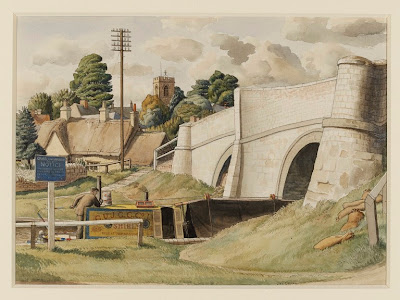 Mr Pentz, your post today reminds me of the sentiment I tried to express in the short speech I gave at my daughter's wedding. As far as I recall I said that I hoped she and my son in law would have a life of contentment together , because happiness, by its very nature is of the moment, short and sweet, but contentment, if you are fortunate enough to find it, can last a lifetime, is more sustaining, and runs deep rather than wide.
I do like the Robert Greene piece, particularly the lines;

Such sweet content, such minds, such sleep, such bliss,
Beggars enjoy, when princes oft do miss.

I prefer De Vere's much later version of this thought:

"My crown is in my heart, not on my head; Not deck'd with diamonds and Indian stones, Nor to be seen: my crown is call'd content; A crown it is that seldom kings enjoy."

Mr Ashton: your way of putting it is excellent. As you say, the difference between fleeting happiness and more enduring (one can only hope!) contentment is crucial -- your phrase "deep rather than wide" is right on the mark, I think.

As ever, I appreciate your taking the time to visit.

Mr Sigler: you had me going for a moment! I've always found it revealing that someone with the name of J. Thomas Looney was the instigator of the Oxfordian fantasy. (And here's the kiss of death: Freud believed him!) As much as I admire the author of "Were I a king I could command content," I'm not willing to give him credit for Henry VI, Part 3 (or for anything else written by W.S.).

Just a little note about "wone":
the German word "wohnen" has exactly the same meaning and is still the most common expression to describe what OEC calls "to stay habitually, dwell, live". I am often surprised that so many Old English expressions have a living counterpart in German language! I hadn't heard "wone" before.
Thank you also for the lovely Badmin aquarelles! His style is usually quite down-to-earth but "Storm over Pole Hill, Kent" has a somewhat mystic air about it.

Mr Richter: it is nice to hear from you again.

Thank you very much for the information about the Germanic origins of "wone": I wasn't aware of that background. This poem is the only place where I have encountered the word.

I agree about "Storm over Pole Hill, Kent": Badmin's paintings do usually have a peaceful, bucolic air about them, don't they?

As ever, I greatly appreciate your stopping by.