I first encountered the word "bourne" in the title of a poem by Christina Rossetti.  I had no idea what it meant, but I immediately felt that it was a lovely word.  There was something about the look and the sound and the feel of it that was restful and peaceful.  It conveyed a sense of repose.

The Oxford English Dictionary defines the word -- in the sense used by Rossetti -- as follows:  "The limit or terminus of a race, journey, or course; the ultimate point aimed at, or to which anything tends; destination, goal."

I recently came across the word again in a poem by Walter de la Mare.

Rebellious heart, why still regret so much
A destiny which all that's mortal shares?
Surely the solace of the grave is such
That there naught matters; and, there, no one cares?

Nor faith, nor love, nor dread, nor closest friend
Can from this nearing bourne your footfall keep:
But there even conflict with your self shall end,
And every grief be reconciled in Sleep. 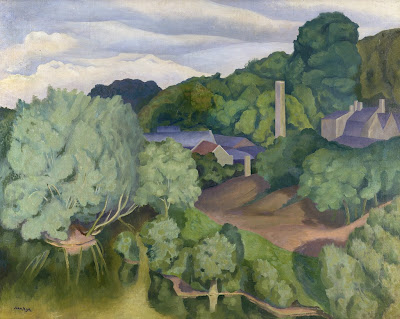 John Nash, "Avoncliffe: from the Aqueduct"

The word brings to mind a passage from one of my favorite books.

"I always turn out of my way to walk through a country churchyard; these rural resting-places are as attractive to me as a town cemetery is repugnant. I read the names upon the stones, and find a deep solace in thinking that for all these the fret and the fear of life are over.  There comes to me no touch of sadness; whether it be a little child or an aged man, I have the same sense of happy accomplishment; the end having come, and with it the eternal peace, what matter if it came late or soon?  There is no such gratulation as Hic jacet.  There is no such dignity as that of death.  In the path trodden by the noblest of mankind these have followed; that which of all who live is the utmost thing demanded, these have achieved. I cannot sorrow for them, but the thought of their vanished life moves me to a brotherly tenderness.  The dead, amid this leafy silence, seem to whisper encouragement to him whose fate yet lingers:  As we are, so shalt thou be; and behold our quiet!"

The OED defines "gratulation" as "manifestation or expression of joy; a rejoicing," or "a feeling of gratification, joy, or exultation; rejoicing in heart."  Another sense (designated as obsolete) is "reward, recompense." 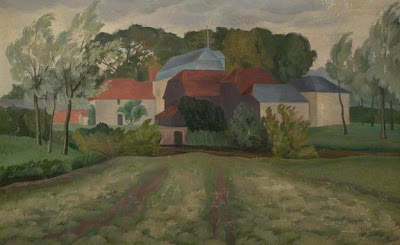 Here is the poem in which I first discovered "bourne." 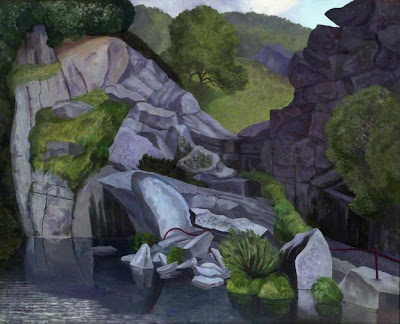 I first encountered the word "bourne" in Shakespeare, in the famous "To be or not to be" soliloquy" delivered by Hamlet:

". . . who would fardels bear, / To grunt and sweat under a weary life, / But that the dread of something after death, / The undiscovered country from whose bourn / No traveler returns..."
--"Hamlet"Act III, sc 1

The root account on Sun computers used to use the "Bourne shell", i.e. the command language written by Steven Bourne of Bell Labs. Sun was purchased by Oracle, and I don't know what the more recent versions of Solaris use. But the standard shell for Linux users is "bash": the Bourne-again shell.

I suspect that I first encountered Bourne in Roughing It, when the tough and the parson are talking past each other.

George: thank you very much for providing those instances of the use of the word -- the computer use is way out of my range of reference!

I also like what is probably the best-known use of the word: a small stream or a brook. I particularly like "winter-bourne": a stream that usually runs only in winter. Lovely.

Rare words, like rare birds, are delightful because we all remember sightings of them:

"And standing hills, long to remain,
Shared their short-lived comrade’s pain
And bound for the same bourne as I,
On every road I wandered by,
Trod beside me, close and dear,
The beautiful and death-struck year"

Bob: thank you very much for the Housman -- lovely. Although I must admit that I am distracted away from "bourne" by the wonderful "The beautiful and death-struck year." No one does that sort of thing better than Housman, do they?

I greatly appreciate your stopping by again.

Another fascinating posting: thank you. I first came across 'Bourne' in King Lear. In act 3, scene 6, Edgar (as poor Tom) quotes an Irish song popular in the 16th century, 'Come o'er the Bourne, Bessie, to me' . What an astonishingly rich, allusive scene that is.
Thank you, also for the pictures with which you accompany the poems. Many treasures discovered here too!

Mr. Trotman: thank you very much for providing another instance of "bourne" -- it is nice to discover how others have come across the word as well, and how each of us have our own associations with it.

I greatly appreciate your kind words. Thank you for visiting again.