Perspective, Part Eight: "Remember Then That Also We, In A Moon's Course, Are History"

When you deliberate the page
Of Alexander's pilgrimage,
Or say -- "It is three years, or ten,
Since Easter slew Connolly's men,"
Or prudently to judgment come
Of Antony or Absalom,
And think how duly are designed
Case and instruction for the mind,
Remember then that also we,
In a moon's course, are history.

"Easter slew Connolly's men" refers to the Easter Rising of 1916 in Ireland, and the subsequent execution of James Connolly and other participants. 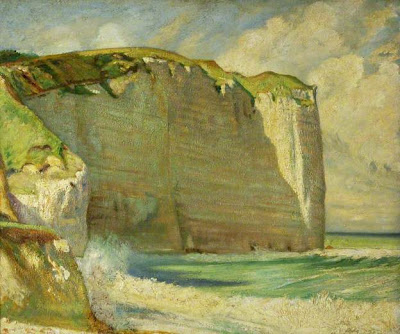 I saw history in a poet's song,
In a river-reach and a gallows-hill,
In a bridal bed, and a secret wrong,
In a crown of thorns:  in a daffodil.

I imagined measureless time in a day,
And starry space in a wagon-road,
And the treasure of all good harvests lay
In the single seed that the sower sowed.

My garden-wind had driven and havened again
All ships that ever had gone to sea,
And I saw the glory of all dead men
In the shadow that went by the side of me. 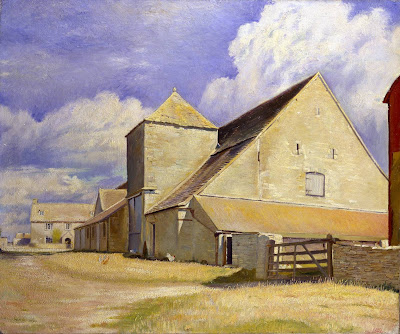 Now, some might think that these two poems are commonplace observations by a little-known Georgian poet.  But consider this:

Time present and time past
Are both perhaps present in time future,
And time future contained in time past.

An argument can be made that these lines are a somewhat prosy and less mellifluous version of what Drinkwater is getting at in "Passage" and "Symbols."  The lines come from T. S. Eliot's "Burnt Norton," which was written in 1935.  Thus, Drinkwater visited the same territory nearly 20 years in advance of Eliot.  He didn't go on about the subject as long as Eliot does in "Burnt Norton," but I'm not willing to say that Drinkwater's poems are less lovely than Eliot's poem.  "Burnt Norton" is definitely more grandiose, which may or may not be a good thing.  There is something to be said for economy. 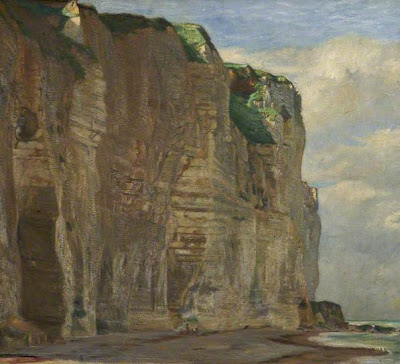 Thank you for bringing yet another interesting poet to my attention. John Drinkwater, what a lovely name.

The term “thunderhead” is also new to me, I like that too!

Mr Plant: it is very nice to hear from you once again. Thank you very much for your thoughts.

I'm pleased that you liked Drinkwater's poems. He is not well-known, but I think that he wrote some fine poems that deserve to be remembered.

As for "thunderhead": it's not a word I use, or think of, often, but for some reason it occurred to me on that day, seeing that cloud. It comes from somewhere out of childhood, but I don't know why.

As always, I appreciate your stopping by.

I have only recently 'discovered' your enchanting blog.
You really have gone to such great effort to find the most beautiful poetry. The paintings you use to accompany the text are truly amazing. I love the fact that many of the artists are quite obscure. They are the wind in my hair and the rain on my face, Many thanks.

Anonymous: thank you very much for your kind words. I'm delighted that you found your way here, and I hope that you will return again.