One of the beguiling features of both the Elizabethan poets and the Cavalier poets of the early seventeenth century is their charm.  They lived in a world that was every bit as contingent as ours -- more so in fact, what with the prospect of the Plague arriving at one's doorstep, or of a speedy beheading for running afoul of the monarch -- but there is no mewling in their poetry. We, on the other hand, live in the Age of Mewling: everyone, it seems, is nursing a grievance of some sort, and is demanding immediate attention and (needless to say) restitution.

The Elizabethans and the Cavaliers write of mortality and death without complaint, and with a grace and wit and good-natured stoicism that are refreshing.  They knew that life is a bubble and that we are best to enjoy it   -- and bear its vicissitudes with dignity and good humor -- while we can, since tomorrow we may be in the ground.  Hence their charm. 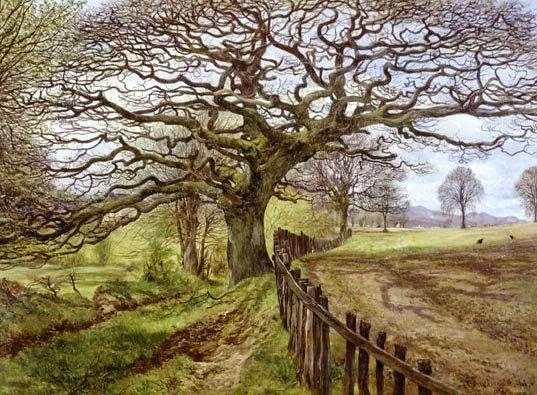 Here, then, is charm without mewling.

Laid out for dead, let thy last kindness be
With leaves and moss-work for to cover me:
And while the wood-nymphs my cold corpse inter,
Sing thou my dirge, sweet-warbling chorister!
For epitaph, in foliage, next write this:
Here, here the tomb of Robin Herrick is. 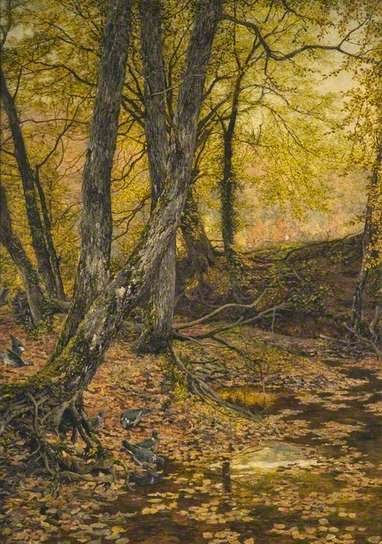 Speaking of beheadings, Robert Devereux, Earl of Essex, suffered that fate for intriguing against Elizabeth I.  During his brief but crowded life he had occasion to write the following untitled poem, which has appeared here previously, but is always worth revisiting.

Happy were he could finish forth his fate
In some unhaunted desert, most obscure
From all societies, from love and hate
Of worldly folk;  then might he sleep secure;
Then wake again, and give God ever praise,
Content with hips and haws and bramble-berry;
In contemplation spending all his days,
And change of holy thoughts to make him merry;
Where, when he dies, his tomb may be a bush,
Where harmless robin dwells with gentle thrush.

Herrick and Devereux knew quite well what we all are in for.  But they were not the sort to whine about it.  Better to contemplate with equanimity a future transformation amongst the robins and the thrushes.  Charming. 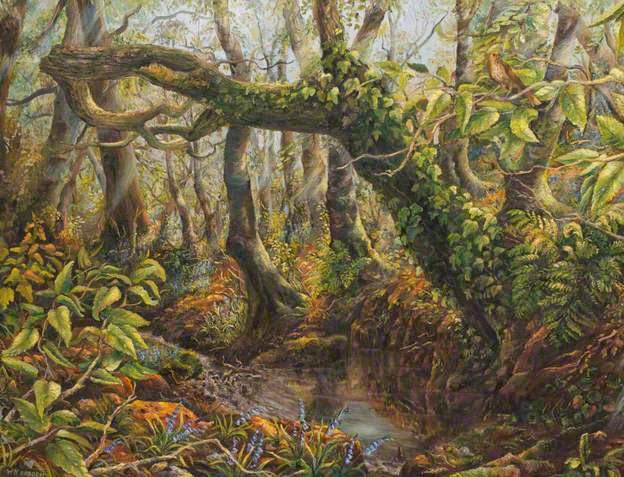 Mr Pentz, I have just returned from a walking holiday in the Lincolnshire Wolds,a peaceful almost deserted countryside and the added blessing of beautiful late Spring sunshine, to find today's post and the previous one with some delightful pieces by the wonderful Robert Herrick, thank you. Another unjustly forgotten figure,and I agree with you that many of the other Cavalier poets are very much worth reading too.

Such wonderful poems.
A foreshadowing of Gray's Elegy perhaps.
Yes, I fear people whine far too much.
To be avoided whenever possible.

“We . . . live in the Age of Mewling.” This is a quintessentially Kierkegaardian observation: one that might have appeared in a contemporary ‘The Present Age’ (1846), which in so many ways would be in no need of update: “A revolutionary age is an age of action; ours is an age of advertisement and publicity. Nothing ever happens but there is immediate publicity everywhere.”

Mewling and whining. Yes, another aspect of Rights without Responsibilities: a wholly unreasonable and utterly selfish stance.

But I digress too much from the subject of your blog, which is refreshingly honest about the fragility of our lives, while delighting in transient aspect of the natural world – in the only home we shall ever know.

Mr Ashton: I was aware of Lincolnshire, but not of the Lincolnshire Wolds. After reading your comment, I searched the Internet: what a lovely area! I have added it to the list of places that I must see the next time I visit England. Thank you!

I often forget about Herrick and the Cavalier poets, but, when I revisit them, I always wonder why I was away so long.

As ever, I appreciate your stopping by. It is good to hear from you.

Elizabeth: thank you very much for visiting, and for your comment.

I hadn't thought of Gray's Elegy, but I agree: both poems have that sort of feel, don't they? Now you've made we want to go and visit it, which I haven't done in too long a time.

I agree with your observations on whining: I'm certainly not immune to it, and I need to catch myself and follow your sound advice: "To be avoided whenever possible." Returning to poems such as Herrick's and Devereux's is a good reminder.

Peter: thank you very much for the quote from Kierkegaard! I wasn't familiar with it, so I appreciate your pointing it out. It also reminds me that I need to keep perspective on these things: nothing ever changes, does it? But our modern technology does seem to exacerbate all of these things, I think.

I completely agree with your observation about the unreasonability and selfishness of what you aptly call "Rights without Responsibilities." It seems to be a phenomenon that came into being in the 20th century (sometime after the Second World War or thereabouts), and I'm not certain where it came from. But it is here to stay, I'm afraid.

Thus, as you say, better to return to Herrick and Devereux and their contemporaries: a much saner and much more civilized way to look at our lives.

Mr Pentz, I am so pleased to have introduced you to the Wolds. It is an area of England I had been aware of for a long time and meant to visit, but for various reasons never had.This year I was determined to go.We stayed in a cottage in the fens, quite close to the coast. So we had the double benefit of wonderful walks among the salt marshes and dunes along the coast and also the Wolds themselves which were only about ten miles distant and criss-crossed by countless footpaths. I shall certainly be visiting again. The next time you visit England I hope you have time to visit the Wolds yourself and enjoy it as much as we did.

Mr Ashton: yes, I immediately noticed how close the area is to the coast when I did my Internet research. This is a big attraction for me. Particularly since my preliminary plans for my visit involve a visit to East Anglia and a drive up the coast. This will fit in perfectly.

Ms. Thel: Thank you very much for visiting, and for your comment. I'm pleased you liked the post.