A confession:  I don't find puns humorous.  Mind you, I find much in life and in the world that is quite humorous.  But puns?  No, not puns.  I realize that there are those who find puns delightful and highly entertaining.  Just as there are those who find mimes and limericks and clowns to be delightful and highly entertaining.  I shan't pass judgment. 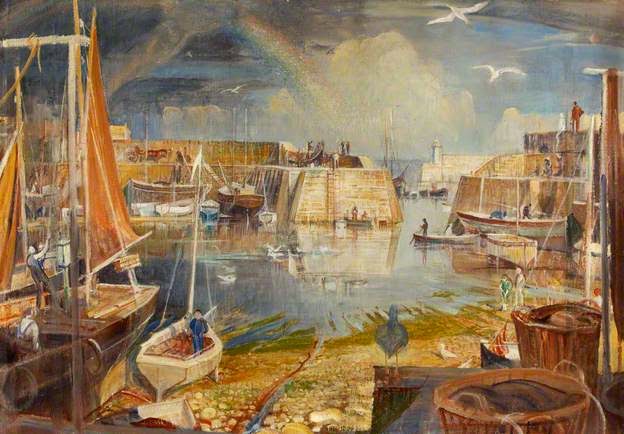 I do reserve the right to make rare (extremely rare) and wholly arbitrary exceptions.  Thus, I shall give Derek Mahon a pass on the following poem.

'I caught four soles this morning'
said the man with the beard;
cloud shifted and a sun-
shaft pierced the sea.
Fisher of soles, did you reflect
the water you walked on
contains so very many souls,
the living and the dead,
you could never begin to count them?

Somewhere a god waits,
rod in hand,
to add you to their number.

As a child 50-odd years ago in Scandinavian, Lutheran Minnesota, I attended what was called "Sunday school."  Every so often we would sing, as a group, a song called "I Will Make You Fishers Of Men."  As we sang, we made casting and reeling-in motions with our arms and hands.  I offer this simply as a random recollection of a lost world, not in the service of any message or creed. 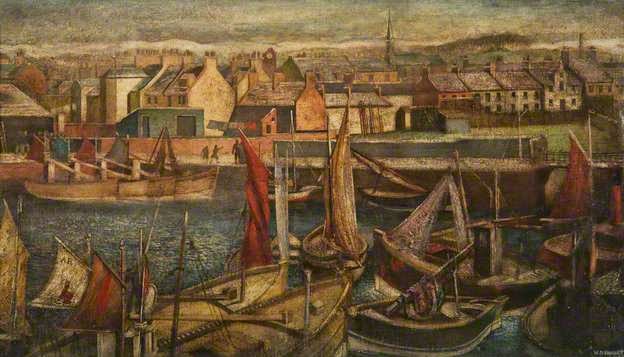 "Soles" puts me in mind of this:

There was a time when I,
The river's least adept,
Eagerly leapt, leapt
To the barbed, flirtatious fly.

Thrills all along the line,
A tail thrashing -- the sport
Enthralled: but which was caught,
Which reeled the other in?

Anglers aver they angle
For love of the fish they play
(Arched spine and glazing eye,
A gasping on the shingle).

I've risen from safe pools
And gulped hook line and sinker
(Oh, the soft merciless fingers
Fumbling at my gills!)

Let last time be the last time
For me with net or gaff.
I've had more than enough
Of this too thrilling pastime.

The river's veteran, I
Shall flick my rod, my fin,
Where nothing can drag me in
Nor land me high and dry.

C. Day Lewis is usually lumped together with W. H. Auden, Louis MacNeice, and Stephen Spender as one of the "Thirties Poets."  I prefer the more personal lyrical poetry of his later years.  His earlier poetry has a political cast (no pun intended!) that I find boring.

But I am one of those who believes that "political poetry" is an oxymoron. Hence, for example, a phrase such as "the poetry of witness" gives me the willies.  (And makes me want to immediately immerse myself in the poetry of, say, Ernest Dowson or Philip Larkin or Emily Bronte.)  But to each their own.  We all have our own peculiar axes to grind and oxen to gore. 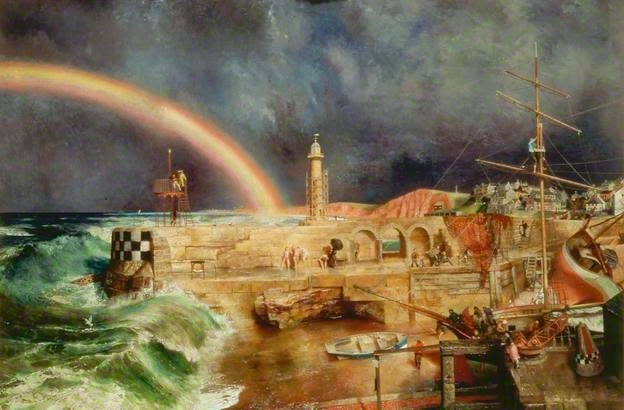 Thanks for the poems and the Sunday School memories today. Some 50 odd years ago,in Kimberton, PA, I sang the same song in Sunday School and Vacation Bible School in our little Lutheran church.
The second poem was interesting, moving too.
I wonder if you've ever read any of David Carroll's books? He's a wonderful writer and artist. I was thinking of his "Trout Reflections" as I read the poems.
Mary

Another fishy song for you:

Mary: It's good to hear from you again.

It's funny the things we remember from childhood, isn't it? Ah, yes, "Vacation Bible School"! I had forgotten about that -- thank you for reminding me. I recall being not exactly thrilled about it at the time! These must be Lutheran things.

Thank you very much for the reference to David Carroll, who I hadn't heard of. I see from some research that he is an artist as well. His books all look interesting -- all set in and about water.

Esther: thank you very much for the song. Although I lived in Japan (Tokyo) for a year (long ago), and studied Japanese while there, I can only recognize about a third of the words -- too long a time has passed and I cannot make out the meaning. Is it a fishseller's song? A fisherman's song?

Thank you very much for sharing it, and for visiting.

Hint: If you substitute Jonah for Yona and Nineveh for Ninebe, the rest should make a lot more sense. There were accompanying hand motions, as well.

Your Fishers of Men song took me back to Sunday School in Tokyo some fifty years ago. "Climb, climb up Sunshine Mountain, you and I!"

Esther: ah, now it makes sense! I had forgotten to think of katakana. And the hand motions as well. Lovely. Thank you for taking the time to fill me in. I appreciate it.