When this week began, I did not intend to devote any time to pondering the fate of my mortal remains and of my soul.  Then, mid-week, I happened upon this:

Some parts may perish; die thou canst not all:
The most of Thee shall scape the funeral.

Poetry is funny that way:  you never know where you are headed next.

I shall not wholly die:  large residue
Shall 'scape the queen of funerals.

Horace (translated by John Conington), in The Odes and Carmen Saeculare of Horace (Fifth Edition 1872). 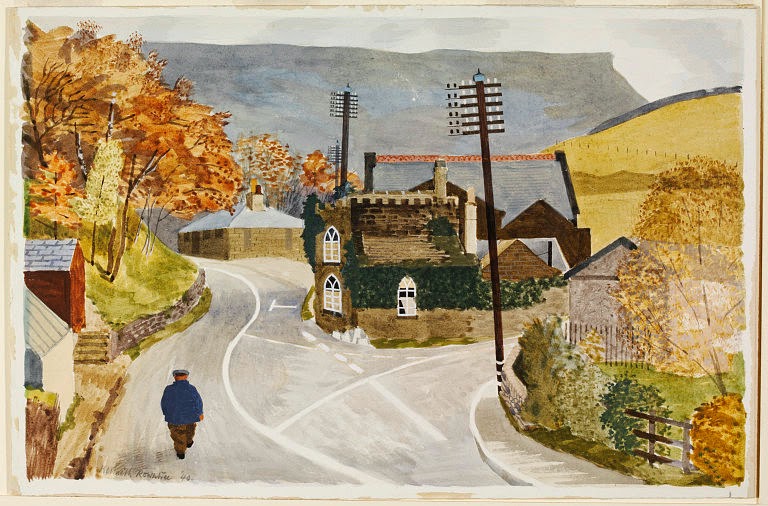 But this was not the end of the journey.  On the opposite page, I noticed this:

Our mortal parts may wrapt in seare-cloths lie:
Great Spirits never with their bodies die.

"Supervive" means "survive."  OED.  "Seare-cloths" is a variant spelling of "cerecloth," which is defined as:  "cloth smeared or impregnated with wax or some glutinous matter:  (1) used for wrapping a dead body in; a waxed winding-sheet or a winding-sheet in general."  Ibid.

Is this whistling past the graveyard?  I have no theological agenda, nor do I have a sectarian bone to pick.  However, something has always told me that we all possess a soul (for lack of a better word -- and it is, actually, a fine word), a soul whose fate is beyond our ken.

As to the "Great Spirit" part:  well, none of us are in a position to lay claim to that epithet, are we?  Something unknown, inscrutable, and silent makes that determination.  I do know this:  if you come to believe that you are a "Great Spirit," then you most certainly are not. 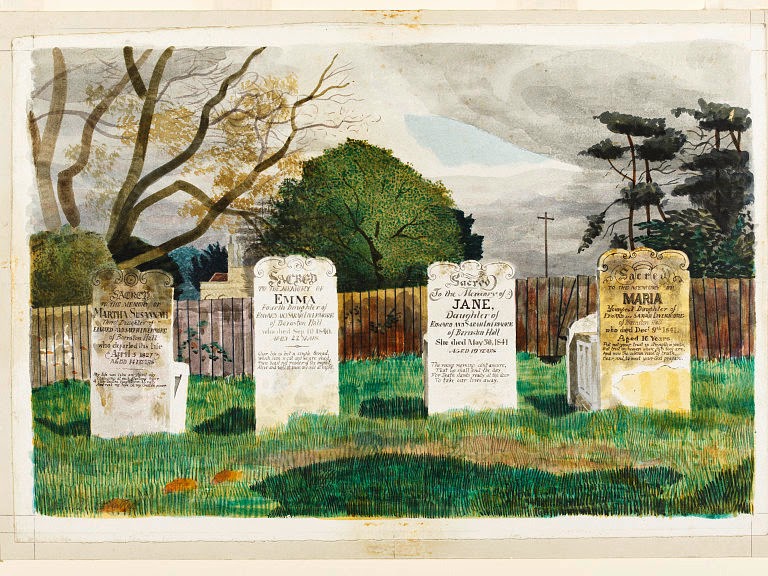 Something about "Great Spirits never with their bodies die" rang a bell. When Herrick italicizes a phrase it signals that he has obtained it from another source, usually classical or Biblical.  Cain and Connolly, in their thorough annotations to Hesperides, do not, however, identify a source for this phrase.

But I have a thought.  As long-time (and much-appreciated!) readers will recall, I spent some time earlier this year wandering through The Greek Anthology.  I do not have the scholarly credentials to claim the following epigram as the source for Herrick's phrase, but it does provide an interesting parallel:

Callimachus (translated by William Dodd), in The Hymns of Callimachus, Translated from the Greek into English Verse, with Explanatory Notes (1755).

Here Saon, wrapp'd in holy slumber, lies:
Thou canst not say, the just and virtuous dies.

Callimachus (translated by John Merivale), in Henry Wellesley (editor), Anthologia Polyglotta: A Selection of Versions in Various Languages, Chiefly from The Greek Anthology (1849). 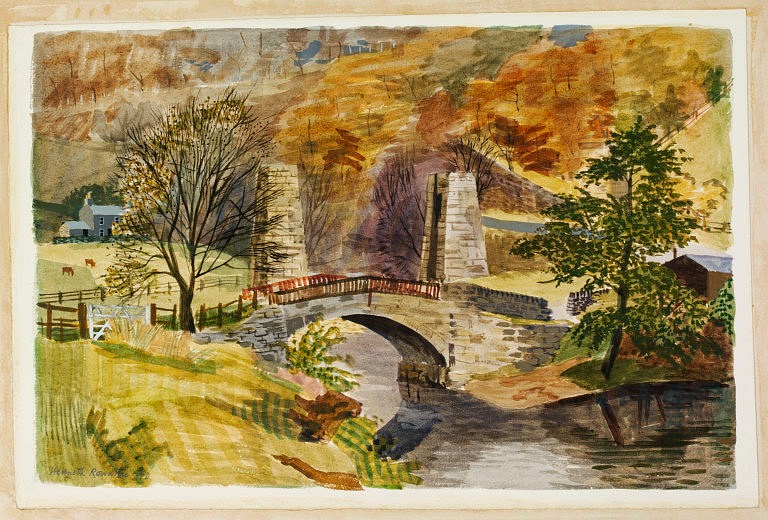 Stephen – I confess that I’m not at all sure about possessing a soul – in any metaphysical sense – but like you, I think it a fine word. Here is an extract from Jonathan Bishop’s ‘Emerson on the Soul’ (Harvard, 1964) in which the word has no religious connotations:

“How can we understand what Emerson meant when he so variously argued over a lifetime that the only thing of value was the active soul? One had best start with the word “soul” itself. Any sentence worked out to concentrate in little the whole of Emerson’s doctrine about human possibilities would need the word for a grammatical subject. But its contemporary connotations are all wrong—religiosity, gentility, hypocrisy—“soul” has a whole set of unhappy associations. Yet in the midst of prejudice a second thought can remind us that we have lost something by the modern degradation of this word. There is nothing that will really replace its useful chord of meanings.”

I think that last sentence is rather wonderful; and I think that “soul” is the best word available to describe that ‘irreducible mystery’, that, finally, we all are!

I do not have a copy of Horace’s Odes, but wonder if you know Niall Rudd’s wonderful translation: ‘Horace: Satires and Epistles – Persius: Satires’ (Reprinted with revisions, 2005 Penguin)? Here is a sample:

The sight of a certain aristocrat leaving a brothel drew
a famous remark from Cato: “keep up the good work!” he said.
“Whenever a young man’s veins are swollen by accursed lust
he’s a right to go down to that sort of place instead of grinding
other men’s wives.”

It gets bawdier after this – and such parts would have been expurgated from schoolboy editions – but it’s all fine fun!

(I knew nothing of Kenneth Rowntree, but found two particularly fine works – among many others – ‘Summer Garden, Bardfield’ and ‘Dunmow Station, Dusk’: the colour of both is rich. These can be found by Googling ‘kenneth rowntree your paintings’.)

Dear Stephen, with regard to the Great Spirits, might Herrick not be thinking of the Stagirite? The definition of the Great Souled Man (megalopsychos) is in Nicomachean Ethics 1123b:

'In respect of honour and dishonour, the observance of the mean is Greatness of Soul, the excess a sort of Vanity, as it may be called, and the deficiency, Smallness of Soul. And just as we said that Liberality is related to Magnificence, differing from it in being concerned with small amounts of money, so there is a certain quality related to Greatness of Soul, which is concerned with great honours, while this quality itself is concerned with small honours; for it is possible to aspire to minor honours in the right way, or more than is right, or less. He who exceeds in these aspirations is called ambitious, he who is deficient, unambitious; but the middle character has no name, and the dispositions of these persons are also unnamed, except that that of the ambitious man is called Ambitiousness. '

Aristotle would not have agreed with you (though I do) that this quality could only be attributed to one by others. Rather he would have seen it as something to aspire to and to be very conscious of having achieved.

Humility, of course, is not a Classical virtue, which is why Horace is under no obligation to show it; it is ironic that his terminus ante quem for 'non omnis moriar' is the survival of Rome in her contemporary political and religious provisions. Perhaps it would have surprised him to discover that his poems had actually outlived this dispensation, long enough for people schooled in the Judeo-Christian tradition to be shocked at what we see as his arrogance.

On a slightly different point, we have recently moved within sight of an old village kirkyard, and I have begun exploring it. No Village Hampdens to be found yet, (unless you count the Georgian 'stonedyker' who lived to be 82, which is as good an advert for hard work in the open air as I have ever seen), but as someone who works with the feather-bedded smartphone-wielding Youth of Today, I wondered what they would make of this warning, attached to the grave of a girl who died at the age of 14 in 1824:

Now slain by death who spareth none
I lye full low beneath this stone
Take heed and read and thou shall see
As I am now, so shalt thou be,
Rotting in dark and silent dust.
Prepare for death for die you must.
Life is uncertain, death is sure,
Sin is the wound, Christ is the cure.'

Peter: as usual, you give us a great deal to think about. I agree that Bishop's discussion of "soul" is a fine one. Coming, as you and I do, from the Western tradition, "soul" inevitably has religious associations.

But, as you know from reading my posts, I see the word in a much broader sense: specifically, in the Eastern tradition of, say, Taoism and Buddhism (which are not -- although this has been distorted -- religions, but rather philosophies). And, as you know much better than I do (given your knowledge of Emerson), Emerson was much influenced by Indian philosophy (of which I am ignorant).

Thank you for the reference to the Rudd translation of Horace, which I was not aware of. I have been belatedly catching up on Horace in recent years, but have been concentrating more on the Odes -- so I haven't gone deeply in the Satires and Epistles yet.

Girders: thank you very much for all of these associations.

Second, thank you for the passage from Aristotle, of which I was ignorant. I like the idea that "the observance of the mean is Greatness of Soul." Something, as you say, to be aspired to, but not claimed for oneself.

Finally, thank you indeed for the epitaph! We don't write them like that anymore, do we?