In A Train, Part One: "But Tell Me How Your Schemes Work Out, My Fellow"

It is a commonplace that travelling by train is more conducive to observation and to contemplation than travelling by, say, car or airplane. Not surprisingly, therefore, a great store of poetry exists that has its origins in someone gazing out of the window of a train at the passing world, or in someone sizing up his or her fellow passengers (which may, in the end, lead to a sizing up of himself or herself).

She is the passenger with restless eyes
Who twists the ticket in her black-gloved fingers.
None knows what calculation, what surmise
Disturb her as the train jerks on or lingers.
Above the eyes her brow is smooth and yellow.
'I grant,' her silence says, 'that all I planned
Has been like something graven in the sand,
But tell me how your schemes work out, my fellow.' 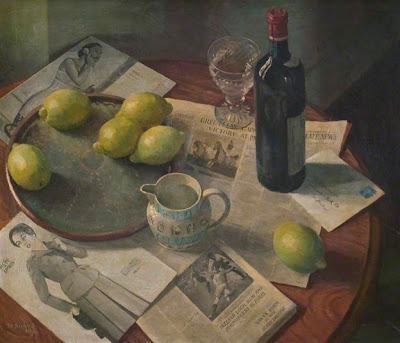 Labels: In A Train, James Reeves

That poem is like an hithertofore unknown stop that grounds the train trip with all the pathos of life.

Mr. Sigler: thank you for dropping by again. I always look forward to hearing your thoughts. I'm pleased that you like Reeves's poem -- his work deserves greater attention. Thanks again.