Life Explained, Part Twenty-One: "We Are On A Kind Of Stair"

We have previously heard Christina Rossetti ask of Life:  "Does the road wind up-hill all the way?"  Ian Hamilton takes a similar view of things in the following poem.

Where do we find ourselves?  What is this tale
With no beginning and no end?
We know not the extremes.  Perhaps
There are none.
We are on a kind of stair.  The world below
Will never be regained; was never there
Perhaps.  And yet it seems
We've climbed to where we are
With diligence, as if told long ago
How high the highest rung.
Alas:  this lethargy at noon,
This interfered-with air.

In an interview, Hamilton noted that the poem "starts off with a line from Emerson."  The London Review of Books (January 24, 2002).  In fact, much of the poem echoes the opening sentences of Emerson's essay "Experience":

"Where do we find ourselves?  In a series of which we do not know the extremes, and believe that it has none.  We wake and find ourselves on a stair; there are stairs below us, which we seem to have ascended; there are stairs above us, many a one, which go upward and out of sight.  But the Genius which, according to the old belief, stands at the door by which we enter, and gives us the lethe to drink, that we may tell no tales, mixed the cup too strongly, and we cannot shake off the lethargy now at noonday."

Hamilton wrote a poem titled "Larkinesque" about a couple's divorce proceedings (and their annoying solicitors).  I hear a Larkinian note as well in the final two lines of "Steps," particularly in the phrase "interfered-with air." (With a nod to Emerson for "lethargy at noon," which has its source in his "the lethargy now at noonday.") 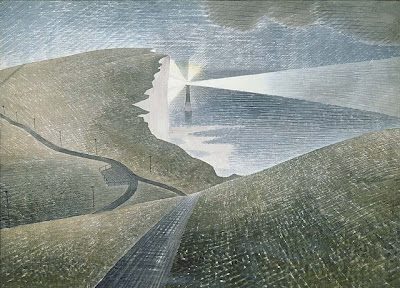 Echoes of Emerson? Looks like a word-for-word borrowing as well as revision for much of it.

Does Hamilton mention Emerson at all?

Fred: in the interview that I mention in the post, he makes the remark about the first line that I quoted above. The interviewer says: "I didn't know that." Hamilton responds: "Yes. I should have said it." I take this to mean that he should have acknowledged the debt to Emerson when the poem was published. (Sixty Poems does not contain any footnote or annotation mentioning Emerson in connection with the poem.) His Collected Poems were published in 2009 (after his death). I haven't seen a copy, so I don't know if it has any annotation on the poem.

I agree with you that more than the first line comes from Emerson (in a fairly direct fashion). I am inclined to give Hamilton the benefit of the doubt since he does take it in a different direction.

(By the way, I don't claim to have recognized "Experience" as the source on my own -- I am not much of an Emerson aficionado myself. The wonders of Google!)

Thanks for the update. Yes, that comment does suggest that he openly acknowledged his debt. As to whether it will appear in any of his collected works, depends on whether he added it himself. Unless it's an edited edition, I doubt whether publishers would put a comment on their own.

Not being an Emersonian either, I wouldn't have recognized it either.

Fred: actually, the Collected Poems is edited, and apparently does have notes. I've been meaning to pick up a copy, because it has some previously uncollected poems by Hamilton. We'll see.