I knew nothing of Chinese poetry until I encountered the following poem by Li Po (701-762) in the mid-1970s, when I was in college.  I thought then, and I still think, that it is one of the loveliest poems that I have ever read.

The River-Merchant's Wife: A Letter

While my hair was still cut straight across my forehead
I played about the front gate, pulling flowers.
You came by on bamboo stilts, playing horse,
You walked about my seat, playing with blue plums.
And we went on living in the village of Chokan:
Two small people, without dislike or suspicion.

At fourteen I married My Lord you.
I never laughed, being bashful.
Lowering my head, I looked at the wall.
Called to, a thousand times, I never looked back.

At sixteen you departed,
You went into far Ku-to-yen, by the river of swirling eddies,
And you have been gone five months.
The monkeys make sorrowful noise overhead.
You dragged your feet when you went out.
By the gate now, the moss is grown, the different mosses,
Too deep to clear them away!
The leaves fall early this autumn, in wind.
The paired butterflies are already yellow with August
Over the grass in the West garden;
They hurt me.  I grow older.
If you are coming down through the narrows of the river Kiang,
Please let me know beforehand,
And I will come out to meet you
As far as Cho-fu-Sa. 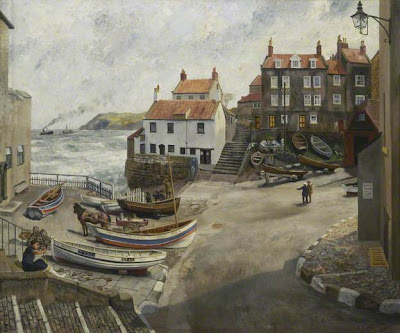 Whatever one may think of Ezra Pound, he deserves our gratitude for having played a key role in introducing Chinese poetry to English-speaking audiences.  He, along with Arthur Waley (whose work I have commented upon before), pioneered the translation of Chinese poetry into English at the beginning of the 20th century.

In general, I tend to share Philip Larkin's view of Pound's less-than-beneficent influence on Western culture.  Pound was one of the infamous "three Ps" identified by Larkin:

"This is my essential criticism of modernism, whether perpetrated by Parker [Charlie], Pound or Picasso:  it helps us neither to enjoy nor endure. It will divert us as long as we are prepared to be mystified or outraged, but maintains its hold only by being more mystifying and more outrageous:  it has no lasting power."

Philip Larkin, All What Jazz: A Record Diary 1961-1971 (Faber and Faber 1985), page 27.  Larkin includes the following footnote to the above passage:  "The reader will have guessed by now that I am using these pleasantly alliterative names to represent not only their rightful owners but every practitioner who might be said to have succeeded them."  Ibid.

However, I think that Pound did not go off the deep end poetically, philosophically, politically, and psychologically until he abandoned lyric poetry for The Cantos around 1917 or so.  Prior to that time he wrote some fine poems.  Further, his exploration of non-English poetry led him to Chinese poetry, which resulted in the beautiful translations contained in Cathay.  Although Pound has been criticized for not always being faithful to the original Chinese texts, he did bring an instinctive poetic sensibility to the translations, which is evident in "The River-Merchant's Wife: A Letter." 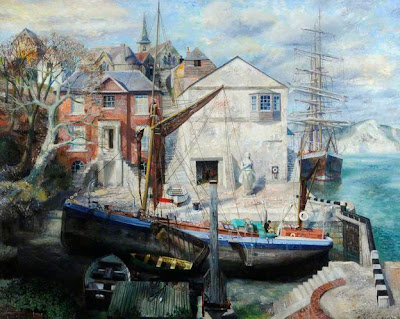