From Oklahoma to Woolwich, the World has gone about its usual business the past week.  It has ever been thus.  But the genius of our age is that we are able to view each new horror in "real time" via cell phone cameras, and then have each horror "explained" to us -- with an eye toward "preventing" such occurrences in the future -- by the usual cast of media, political, and social scientific "experts."

From these "experts," one learns that tornadoes are caused by "global warming," and that we can be rid of them by solving that particular "crisis." Yes.  Of course.  One also learns that adequately-funded educational and social programs will put an end to murder in the name of religion (which is, we are told, provoked by cultural misunderstanding on our part, which is in turn a product of our own obdurate intolerance).  Yes.  Of course.

All of this makes one yearn for a quiet, cant-free, ingenuous life.  A life far away from the explainers. 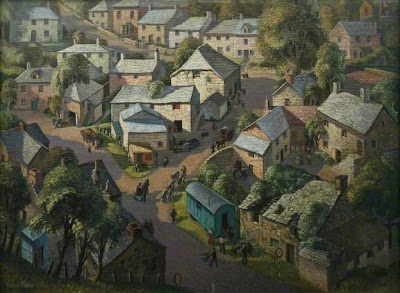 What moves that lonely man is not the boom
Of waves that break against the cliff so strong;
Nor roar of thunder, when that travelling voice
Is caught by rocks that carry far along.

'Tis not the groan of oak tree in its prime,
When lightning strikes its solid heart to dust;
Nor frozen pond when, melted by the sun,
It suddenly doth break its sparkling crust.

What moves that man is when the blind bat taps
His window when he sits alone at night;
Or when the small bird sounds like some great beast
Among the dead, dry leaves so frail and light;

Or when the moths on his night-pillow beat
Such heavy blows he fears they'll break his bones;
Or when a mouse inside the papered walls,
Comes like a tiger crunching through the stones. 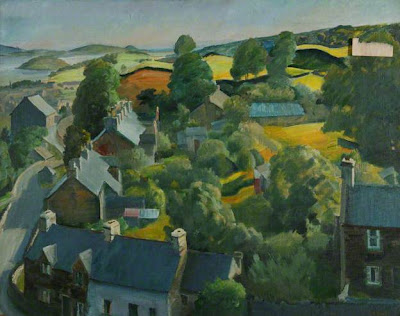 Here lies (where all at peace may be)
A lover of mere privacy.
Graces and gifts were his; now none
Will keep him from oblivion;
How well they served his hidden ends
Ask those who knew him best, his friends.

He is dead; but even among the quick
This world was never his candlestick.
He envied none; he was content
With self-inflicted banishment.
'Let your light shine!' was never his way:
What then remains but, Welladay!

And yet his very silence proved
How much he valued what he loved.
There peered from his hazed, hazel eyes
A self in solitude made wise;
As if within the heart may be
All the soul needs for company:
And, having that in safety there,
Finds its reflection everywhere.

Life's tempests must have waxed and waned:
The deep beneath at peace remained.
Full tides that silent well may be
Mark of no less profound a sea.
Age proved his blessing.  It had given
The all that earth implies of heaven;
And found an old man reconciled
To die, as he had lived, a child.

Walter de la Mare, The Burning-Glass and Other Poems (1945). 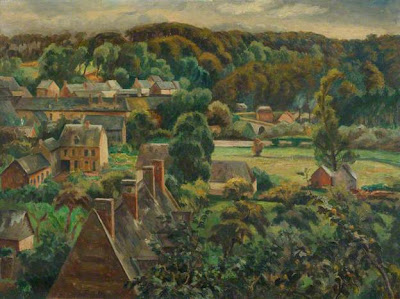 Hi, I've been following for awhile as a working solitary. I'm not much into poetry, but today's post was really easy for me to relate to. Thanks.

Mr Pentz, such a dream to be in a world free of explainers and experts, who seem always to know the reason why everything happens but are totally ineffectual in preventing it from happening again.
Thank you for two wonderful poems.

The W H Davies I was not familiar with, the De La Mare piece I know but had'nt read for a while. I particularly like the lines;

"And yet his very silence proved
How much he valued what he loved.

A little more silence and a little less of the world's din would be of benefit to us all I think.

Dear Stephen Greetings! your garden of eternal delight, your flair for connection with nature, with ardent adherents,is non pareil.
What Jane Hirsfield describes; what speaks to your inner self, speaks to others.
hari Aiyathuray

I guess that today privacy is just that--something inconsequential and unimportant--irrelevant in fact.

Perhaps some day infants will have a communication device implanted at birth, complete with GPS.

Ultra Monk: thank you very much for visiting and for your comment. I hope that you'll return soon.

Mr Ashton: as always, thank you for stopping by.

The lines that you quote from "A Recluse" are favorites of mine as well. As you and I have discussed before, "the world's din" is hard to escape nowadays, isn't it? Back in Davies's or de la Mare's day it may have been easier to be a hermit or a recluse.

Hari Aiyathuray: thank you very much for visiting again, and for your kind words, which I greatly appreciate.

Fred: it is very good to hear from you once again. I was pleased to see you resume posting on your blog recently. I hope that all is well.

Yes, one does wonder how much privacy any of us have anymore. As for implanted GPS devices, who knows? If not that, perhaps identity chips such as we now implant in pets!

I always appreciate hearing from you, and, again, I hope that all is well with you.

The de la Mare poem is quite striking to me. I'd say it was close to perfect the way it turns tragic at the end, but it's (de la) marred by recognition that de la Mare idolized children as visionaries.

Mr Sigler: I understand what you are saying about de la Mare's view of children. But I'm not certain that -- in this poem, at least -- his invocation of a child-like life is entirely positive. How I feel about what de la Mare's intentions are in this poem differs nearly every time I read it. And he was, as you know, fond of being enigmatic (perhaps too much so).