Life Explained, Part Thirty-One: "Shall Then A Point In A Point Be So Vain As To Triumph In A Silly Point's Adventure?"

As I see it, Elizabethan poetry can be divided into three general categories. First, there are poems praising the poet's beloved in effusive language sprinkled with clever conceits.  Second, there are poems bemoaning the inconstancy of the poet's former beloved.  In this case, the poet either (1) professes his or her undying love, and begs the former beloved to reconsider, or (2) excoriates the perfidious former beloved in a fashion that makes any sort of reconciliation out of the question.

The third category consists of poems about our fate as human beings.  To wit:  meditations upon the transience and brevity of Life and/or upon the ever-lurking specter of Death.  Memento mori and all that.  Pithy explanations of Life.

The following poem (which originated as a song) belongs to the third category.  Although it has been attributed to Thomas Campion, that attribution is likely incorrect.  A. E. H. Swaen, "The Authorship of 'What if a day,' and Its Various Versions," Modern Philology, Volume IV, No. 3 (January 1907).  Thus, the author is best identified as Anonymous. 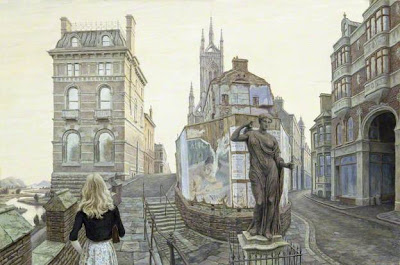 What if a day, or a month, or a year
Crown thy desire with a thousand sweet contentings;
Cannot the chance of a night or an hour
Cross thy delight with as many sad tormentings?
Fortune, honour, beauty, youth,
Are but blossoms dying;
Wanton pleasures, doting love,
Are but shadows flying.
All our joys
Are but toys,
Idle thoughts deceiving.
None have power
Of an hour
In their lives' bereaving.

Earth's but a point to the world; and a man
Is but a point to the earth's compared centre.
Shall then a point in a point be so vain
As to triumph in a silly point's adventure?
All is hazard that we have,
Here is no abiding;
Days of pleasure are but streams
Through fair meadows gliding.
Weal or woe,
Time doth go,
In time is no returning.
Secret fates
Guide our states
Both in mirth and mourning.

The first published version of the poem appeared in 1566.  The version above is from a manuscript dating from approximately 1599.  "The world" (line 15) is used in the sense of "the material universe; the cosmos."  OED.

Yes, something to bear in mind:  we are all, each and every one of us, nothing but "silly points" in the universe, endearingly intent upon our "adventures." 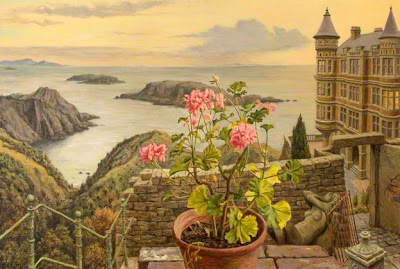 Evan Charlton, "Hotel Garden"
Posted by Stephen Pentz at 12:10 AM

Love your thoughts, love your poetry, love the illustrations you choose. Your blog always makes me feel as if someone has said: stop the world, I want to get off for a spell.And then does. Thank you!(Lizziewoodwose)

Lizziewoodwose: thank you very much for your kind words. I'm pleased that you found your way here, and I hope that you'll continue to visit. Thanks again.