How To Live, Part Twenty-One: "He Never Expected Much"

My previous post contained five epitaphs written by Thomas Hardy.  I suggested that two of them -- "A Placid Man's Epitaph" and "Epitaph" (which begins: "I never cared for Life: Life cared for me") -- were descriptive of Hardy himself.  My suggestion was based upon, among other things, the following poem, which was published after his death.  But this sort of sentiment can be found throughout Hardy's poetry.

He Never Expected Much

Well, World, you have kept faith with me,
Kept faith with me;
Upon the whole you have proved to be
Much as you said you were.
Since as a child I used to lie
Upon the leaze and watch the sky,
Never, I own, expected I
That life would all be fair.

'Twas then you said, and since have said,
Times since have said,
In that mysterious voice you shed
From clouds and hills around:
'Many have loved me desperately,
Many with smooth serenity,
While some have shown contempt of me
Till they dropped underground.

'I do not promise overmuch,
Child; overmuch;
Just neutral-tinted haps and such,'
You said to minds like mine.
Wise warning for your credit's sake!
Which I for one failed not to take,
And hence could stem such strain and ache
As each year might assign. 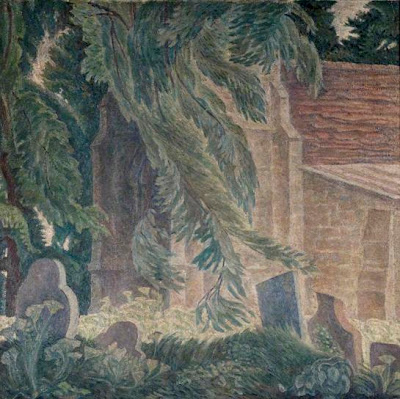 Hardy died on January 11, 1928.  The poem was first published in The Daily Telegraph on March 19, 1928.  When it was published in book form later that year, it contained the following subtitle: "[or] A Consideration [A Reflection] on My Eighty-Sixth Birthday."  Hardy never decided upon the final version of the subtitle prior to his death:  the words in italics represent an alternative version.

"Just neutral-tinted haps and such" (line 19) brings to mind two of Hardy's earliest poems:  "Neutral Tones" ("We stood by a pond that winter day,/And the sun was white, as though chidden of God . . .") and "Hap" (with its references to "Crass Casualty," "dicing Time," and "purblind Doomsters"). Wessex Poems and Other Verses (1898).

"Leaze" (line 6) is "pasture; pasturage; meadow-land; common."  OED.  It    -- along with "lea" -- is a word that Hardy used on more than one occasion.  (For instance, in the poem entitled "In a Eweleaze near Weatherbury.")  "Lea" appears in the following poem, which is reminiscent of the image that appears in lines 5 and 6:  "as a child I used to lie/Upon the leaze and watch the sky." 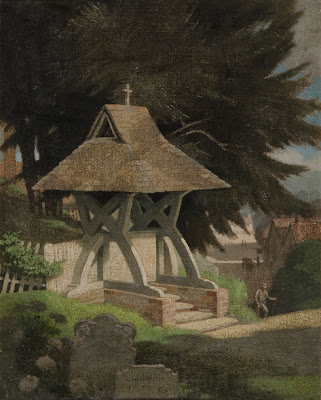 Childhood Among the Ferns

I sat one sprinkling day upon the lea,
Where tall-stemmed ferns spread out luxuriantly,
And nothing but those tall ferns sheltered me.

The rain gained strength, and damped each lopping frond,
Ran down their stalks beside me and beyond,
And shaped slow-creeping rivulets as I conned,

With pride, my spray-roofed house.  And though anon
Some drops pierced its green rafters, I sat on,
Making pretence I was not rained upon.

The sun then burst, and brought forth a sweet breath
From the limp ferns as they dried underneath:
I said:  'I could live on here thus till death;'

And queried in the green rays as I sate:
'Why should I have to grow to man's estate,
And this afar-noised World perambulate?'

"The green rays" (line 13) is lovely, I think.  The idea of dwelling forever within the shelter of the ferns reminds me of Robert Devereux's "Happy were he could finish forth his fate/In some unhaunted desert," particularly its closing lines:  "Where, when he dies, his tomb may be a bush,/Where harmless robin dwells with gentle thrush." 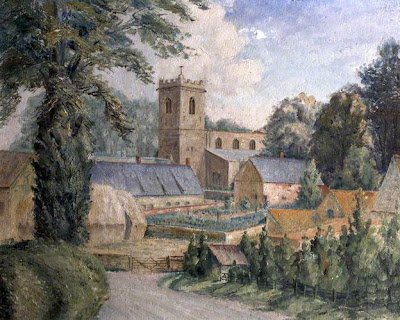 Nothing to say, really, except that I enjoyed reading your comments and selections of Hardy's poems.

Fred: thank you for the kind words. I seem to recall a post on your blog in which you described opening Hardy's Collected Poems at random and always encountering something new and/or delightful. My experience is the same.

What's more, even when reading a poem that I am familiar with, I nearly always notice something different each time I read it. For instance, I have read "Childhood Among the Ferns" in the past, but I had never really noticed (or had forgotten) the phrase "the green rays," which caught my attention this time.

He is inexhaustible, isn't he?

How I agree with you, on opening Hardy's Collected Poems at random and always finding something serendipitous and pleasing.

"He Never Expected Much" is one of his poems I am familiar with, and I love its rhythm which he has used in other poems, though I am being tantalized as I try to think which one, though I can hear a man's Dorset voice narrating it, so it must be on my (ancient now!) tape of Thomas Hardy's work. (Reflections of Hardy's Wessex - I will listen to it again today and report back).

"Childhood Among the Ferns" - fresh to me, but Oh!, that was MY childhood too! We used to have wonderful camps amongst the ferns and it brought back those childhood memories so sharply. I quite understand his sense of it being his own kingdom and he needed not the outside world (the final two lines). I love the first line - what a different way of saying it was raining.

I now have his complete works of poetry beside me, and think this will be a Hardy day. Counting my books, I have more by him and about him than any other writer (although Edward Thomas is fast catching up!)

Mr Pentz, just to say Childhood among the ferns is one of my favourite Hardy poems. A delight to read it as always.
Each time your posts contain some pieces by Hardy it prompts me to take his poems from the shelf and look at them once more.
As you say he's inexhaustible.

Bovey Belle: as always, thank you for your thoughts. Yes, opening his Collected Poems at random is always a delightful thing to do: as I noted in my response to Fred's comment, either one discovers something new or sees something familiar in a new light. And then you begin to make connections with his other poems -- as you say, it may be something such as rhythm that provides the connection.

I don't recall fern-grottoes from my childhood, but I do recall secluded "secret" places in the trees. I'm sure you've come across Hardy's reference to the fact that he could remember things that happened 40 or 50 years ago with perfect clarity. I am certain that this was no exaggeration.

Mr Ashton: I never know why, but several times each year I suddenly get the urge to return to Hardy's poetry. Apart from sheer enjoyment, of course, I think (without sounding too highfalutin', I hope) that it is his poetry's fundamental humanity and truthfulness that always draws me back.

It's good to hear from you again. I appreciate your stopping by.