Three Variations On A Theme, And An Echo

Robert Louis Stevenson suffered from ill-health for much of his short life. Nevertheless, he usually remained in good spirits.  But he knew what he was up against.  Thus, it is not surprising that, on more than one occasion, he composed his own poetic epitaph.  He wrote the following untitled poem in 1879, at the age of 29. 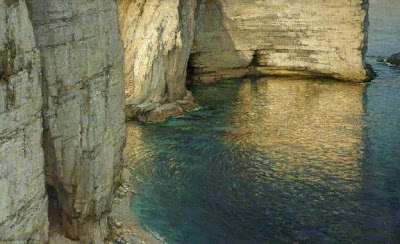 The poem sounds vaguely familiar.  Eventually -- over a period of eight years -- it was transformed into what is perhaps Stevenson's best-known poem.

Under the wide and starry sky,
Dig the grave and let me lie.
Glad did I live and gladly die,
And I laid me down with a will.

This be the verse you grave for me:
Here he lies where he longed to be;
Home is the sailor, home from sea,
And the hunter home from the hill.

Another instance of less being more. 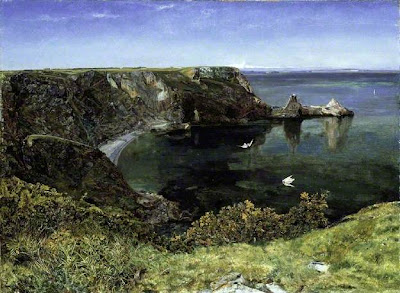 "Requiem" took on an interesting afterlife in the hands of A. E. Housman. At first thought, one might not think of Housman and Stevenson as kindred spirits.  But there is a sort of Housman feel to "Requiem," don't you think?  It wouldn't seem out of place in A Shropshire Lad.

Stevenson died in Samoa on December 3, 1894.  On December 22, 1894, the following poem by Housman was published in the weekly issue of the The Academy above an obituary for Stevenson.

Home is the sailor, home from sea:
Her far-borne canvas furled,
The ship pours shining on the quay
The plunder of the world.

Home is the hunter from the hill:
Fast in the boundless snare
All flesh lies taken at his will
And every fowl of air.

'Tis evening on the moorland free,
The starlit wave is still:
Home is the sailor from the sea,
The hunter from the hill. 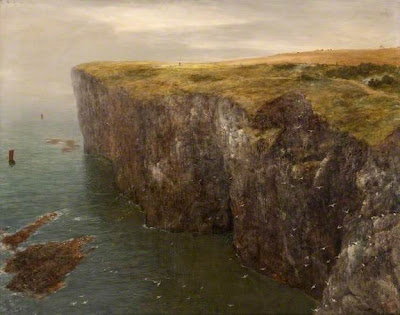 In closing, a modern footnote courtesy of Philip Larkin.  Larkin's most famous (or, perhaps, infamous) poem begins with a line about one's "mum and dad" which, out of delicacy, I will not quote here.  Larkin knew English poetry inside-out, and had a delightful sense of humor.  The title of his poem?  "This Be the Verse."  Yet another reason to love Larkin. 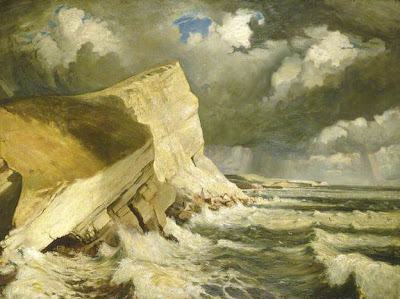 I see what you mean by the Larkin poem. I hadn't read that one before.

Fred: I'm glad to introduce it to you. Larkin once remarked about the poem: "[It] will clearly be my Lake Isle of Innisfree. I fully expect to hear it recited by a thousand Girl Guides before I die." (Selected Letters, p. 674.) It is my understanding that "Girl Guides" in the UK are equivalent to Girl Scouts in the US.

Fred: yes. One of the things that I like about Larkin is that he was never hesitant to poke fun at himself, and he never took himself too seriously. Thanks for the follow-up comment.

Thank you for these juxtapositions.

Of the many poetic epitaphs out there, I am reminded of another one that invokes the starry sky: "Wo?" by Heinrich Heine.
But the argument is different: instead of concluding "Yes, I am ready for bed" it's "Yes, the bed is ready for me!"

Karl: thank you very much for visiting, and for the reference to the Heine poem, which I wasn't aware of. I have found one translation, and will try to find some others for comparison -- it is a lovely poem.

Stephen: I love the Stevenson and Housman. I was quite puzzled by the Larkin bit, until I re-read your entire post. Well done! But now you've got we wondering about a requiem by Kipling. I've read two Stevenson biographies and two Kipling biographies in the past ten years, but my brain's gone all mushy. And I'm always drawn more to the prose than the poetry anyway, because of my brutish and pedantic nature.

Doug: well, now you've got me wondering about a requiem by Kipling! I can't think of one, but it seems to me that there ought to be one. Time to look.

"Brutish and pedantic nature." I like that. But in your case I think not.

It's great to hear from you.