I readily admit that I cannot come up with a unifying theme that brilliantly ties together all of the following poems.  I have encountered them by chance over the years, and now they have come to be associated with one another in my mind.  What do they share?  A single word.

Somehow we never escaped
Into the sunlight,
Though the gates were always unbarred
And the warders tight.
For the sketches on the walls
Were to our liking,
And squeaks from the torture-cell
Most satisfying.

I suppose that Plato's cave may come to mind.  Although, as soon as I come up with something like that, I cringe.  No allusion-hunting or symbol-mongering permitted.  Belay that explication! 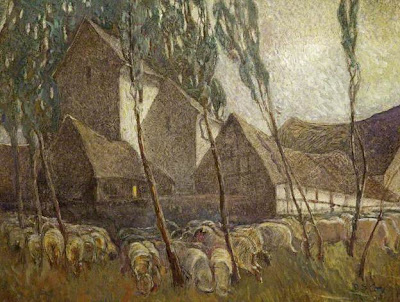 So Long in Prison

Sunlight on the shore proclaims:
This is your day of liberation.
The south wind has a handshake for
The lean prisoner with haunted eyes.

Should not your voice, so long in prison,
Be raucous as a gull's?
But hear what song those wings
Carving the vacant spaces of the air
Raise like a statue to this day's release. 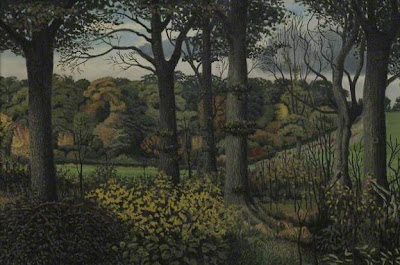 A Sorrowful Sigh of a Prisoner

Lord, comest Thou to me?
My heart is cold and dead:
Alas that such a heart should be
The place to lay Thy head!

On the surface, Rossetti's devotional verse seems to have a great deal of certainty about it.  But, when read in the context of her non-religious verse, a tension becomes noticeable -- something to do with the heart versus the soul, I would guess. 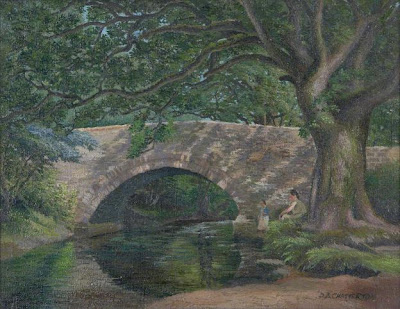 Leave him: he's quiet enough: and what matter
Out of his body or in, you can scatter
The frozen breath of his silenced soul, of his outraged soul to the winds
that rave:
Quieter now than he used to be, but listening still to the magpie chatter
Over his grave.

Charlotte Mew, Complete Poems (edited by John Newton) (Penguin 2000). In the original, the third line is a single line.  However, due to margin limitations, it does not appear as such here.

This is the sort of breathtaking poem that makes one wonder why Charlotte Mew's poetry is not better known.  Further, such a wondrous thing gives one pause:  what might English (and American) poetry be like now if Mew and Edward Thomas and Ivor Gurney and Wilfred Owen had lived long and healthy lives? 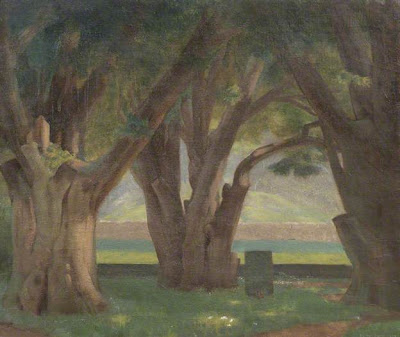 Delmar Harmood Banner
"Yews in Mardale Churchyard before Destruction" (1945)
Posted by Stephen Pentz at 12:55 AM