I haven't done the research, but I wouldn't be surprised if someone has written a book (or at least a long essay) about yew trees in churchyards in English literature.  The association between yews and death (as well as immortality) is a long one, and crosses cultural boundaries.  But it is especially prevalent in English poetry.

Thomas Gray's "Elegy Written in a Country Churchyard" is a natural place to start:

Beneath those rugged elms, that yew-tree's shade,
Where heaves the turf in many a mouldering heap,
Each in his narrow cell for ever laid,
The rude forefathers of the hamlet sleep. 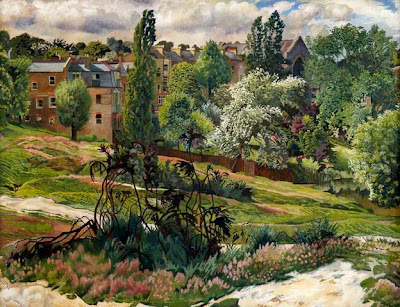 Did Thomas Hardy have Gray's "yew-tree's shade" in mind when he wrote the closing lines of the following poem?

You, Morningtide Star, now are steady-eyed, over the east,
I know it as if I saw you;
You, Beeches, engrave on the sky your thin twigs, even the least;
Had I paper and pencil I'd draw you.

You, Meadow, are white with your counterpane cover of dew,
I see it as if I were there;
You, Churchyard, are lightening faint from the shade of the yew,
The names creeping out everywhere.

Putting aside yews for a moment, notice the downward movement of the poem:  from the Morningtide Star in the sky, to the twigs of the Beeches against the sky, to the earth of the Meadow, and then to the Churchyard, with its graves.  "The names creeping out everywhere" is marvelous, isn't it? The combination of emotional impact and exactly-accurate description (picture in your mind's eye the engraved names on the tombstones gradually becoming more distinct as the sun rises -- the shadows in the recessed letters) is wonderful.  It is one of Hardy's finest lines, I think. 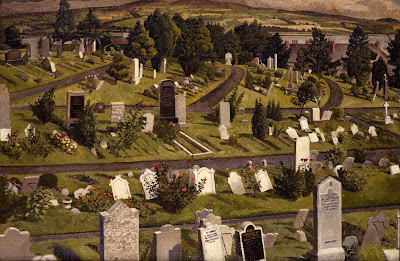 On a more humorous note, here is the final stanza (fittingly) of Louis MacNeice's "Tree Party":

Your health, Master Yew.  My bones are few
And I fully admit my rent is due,
But do not be vexed, I will postdate a cheque for you. 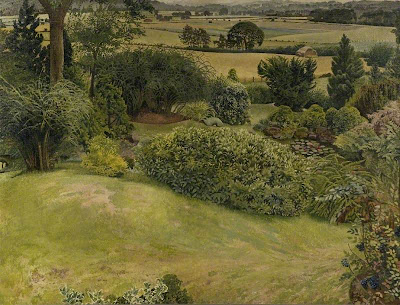 The moon gave no light.
The clouds rode slowly over, broad and white,
From the soft south west.
The wind, that cannot rest,
Soothed and then waked the darkness of the yew
Until the tree was restless too.

Of all the winds I knew
I thought, and how they muttered in the yew,
Or raved under the eaves,
Or nosed the fallen dry leaves,
Or with harsh voice holloa'd the orchard round,
With snapped limbs littering the ground.

And I thought how the yew
Between the window and the west his shadow threw,
Grave and immense,
Darkening the dark past thought and sense,
And how the moon would make the darkness heavenly bright:
But the moon gave no light. 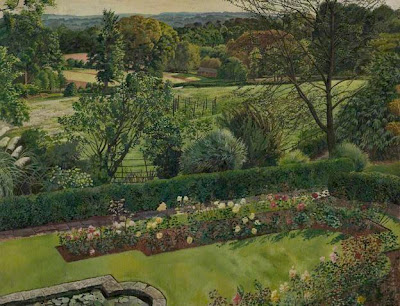 Wordsworth during his long life and copious production of poetry wrote about many topics, too many some might say. The fabled yew tree did not escape his notice. I don't find his poem (see below) about yew trees one of his better poems--the diction strangles it-- but here it is:

There is a Yew-tree, pride of Lorton Vale,
Which to this day stands single, in the midst
Of its own darkness, as it stood of yore:
Not loathe to furnish weapons for the Bands
Of Umfraville or Percy ere they marched
To Scotland's heaths; or those that crossed the sea
And drew their sounding bows at Azincour,
Perhaps at earlier Crecy, or Poictiers.
Of vast circumference and gloom profound
This solitary Tree! -a living thing
Produced too slowly ever to decay;
Of form and aspect too magnificent
To be destroyed. But worthier still of note
Are those fraternal Four of Borrowdale,
Joined in one solemn and capacious grove;
Huge trunks! -and each particular trunk a growth
Of intertwisted fibres serpentine
Up-coiling, and inveteratley convolved, -
Nor uninformed with Fantasy, and looks
That threaten the profane; -a pillared shade,
Upon whose grassless floor of red-brown hue,
By sheddings from the pining umbrage tinged
Perennially -beneath whose sable roof
Of boughs, as if for festal purpose decked
With unrejoicing berries -ghostly Shapes
May meet at noontide: Fear and trembling Hope,
Silence and Foresight, Death the Skeleton
And Time the Shadow; there to celebrate,
As in a natural temple scattered o'er
With altars undisturbed of mossy stone,
United worship; or in mute repose
To lie, and listen to the mountain flood
Murmuring from Glaramara's inmost caves.

Hardy's heart is buried in the shade of Stinsford Churchyard's ancient yew tree, not far from the grave of Thomas Voss, whose disembodied voice is heard in 'Voices from Things Growing in a Churchyard':

I, these berries of juice and gloss,
Sir or Madam,
Am clean forgotten as Thomas Voss;
Thin-urned, I have burrowed away from the moss
That covers my sod, and have entered the yew,
And turned to clusters ruddy of view,
All day cheerily,
All night eerily!

Hardy would not have wished more for himself.
The literary associations of the tree are dealt with in chapters 27, 28 and 29 of Fred Hagenender's magisterial 'Yew: A History' (Gloucestershire: Sutton Publishing, 2007), a book worth buying for the photographs alone.

Mr. Floyd: thank you for sharing "Yew-Trees." I especially like: "Fear and trembling Hope,/Silence and Foresight, Death the Skeleton/and Time the Shadow."

I'm sure that you are also familiar with his "Lines Left upon a Seat in a Yew-Tree," which I found too long to post.

Mr. Thomson: thank you very much for reminding me about the appearance of the yew in "Voices from Things Growing in a Churchyard": it completely slipped my mind, I'm ashamed to say. It is a wonderful poem.

And thank you as well for the reference to Hageneder's book, which I was not aware of. He has written a number of other books on trees, I notice. I'll have to track a copy down.

It is very nice to hear from you again. I appreciate your stopping by.