"Not how the world is, is the mystical, but that it is."

This statement has appeared here before, but it is one that is worth revisiting on a regular basis.  Our "modern" world is entirely at odds with the sentiment expressed therein.  Our "modern" preoccupation is explanation.  If only we can explain something, all will be well.  And who are the explainers?  The usual utopian suspects: scientists, politicians, bureaucrats, and those who think of themselves (with a great deal of self-regard and without irony) as "progressives."

"It is all one to me whether or not the typical western scientist understands or appreciates my work, since he will not in any case understand the spirit in which I write.  Our civilization is characterized by the word 'progress.' Progress is its form rather than making progress being one of its features. Typically it constructs.  It is occupied with building an ever more complicated structure.  And even clarity is sought only as a means to this end, not as an end in itself.  For me on the contrary clarity, perspicuity are valuable in and of themselves."

"I was walking about in Cambridge and passed a bookshop, and in the window were portraits of [Bertrand] Russell, Freud and Einstein.  A little further on, in a music shop, I saw portraits of Beethoven, Schubert and Chopin.  Comparing these portraits I felt intensely the terrible degeneration that had come over the human spirit in the course of only a hundred years."

So, what is one to do?  For a start:  ignore anyone who purports to provide you with an explanation of anything.  (Particularly if they believe that their explanation will make the world a "better" place to live.)  All that we need to "know" is right there in front of us:  out there in the World, where no explanations are necessary. 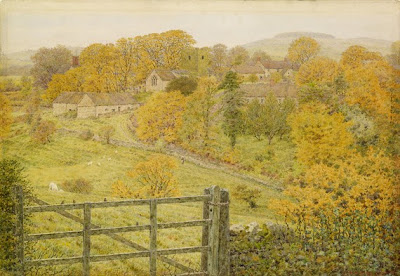 Sunlit, the lashes fringe the half-closed eyes
With hues no bow excels that spans the skies;
As magical the meteor's flight o'erhead,
And daybreak shimmering on a spider's thread . . .
Thou starry Universe -- whose breadth, depth, height
Contracts to such strait entry as mere sight!

The View from the Window

Like a painting it is set before one,
But less brittle, ageless; these colours
Are renewed daily with variations
Of light and distance that no painter
Achieves or suggests.  Then there is movement,
Change, as slowly the cloud bruises
Are healed by sunlight, or snow caps
A black mood; but gold at evening
To cheer the heart.  All through history
The great brush has not rested,
Nor the paint dried; yet what eye,
Looking coolly, or, as we now,
Through the tears' lenses, ever saw
This work and it was not finished?

A note:  the quotations at the beginning of this post are all from Ludwig Wittgenstein, in this order:  Tractatus Logico-Philosophicus, Proposition 6.44 (translation by C. K. Ogden) (an alternative translation, by David Pears and Brian McGuinness, is: "It is not how things are in the world that is mystical, but that it exists"); draft of foreword to Philosophical Remarks, in Ludwig Wittgenstein, Culture and Value (1980) (translated by Peter Winch), page 7e ; Maurice Drury, "Conversations with Wittgenstein," The Danger of Words and Writings on Wittgenstein (Thoemmes Press 1996), page 112. 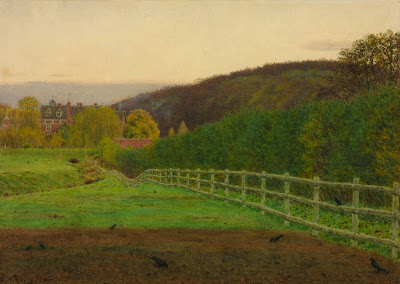 John Gray, the English thinker, not the American pop psychologist, purports in several books ("Straw Dogs," "Heresis," "The Silence of Animals" and others) that the great myth of our time is the belief in Progress, the faith that the growth of knowledge in the sciences will inevitably lead to the eradication of all the problems that dog humankind.

Gray says that "the idea of progress" that "pervades the culture" is at best only "an anodyne against intolerable anxiety." This cult of progress, continues Gray, "is an assertion of faith in human will--the most absurd faith of all."

Gray believes that the human animal "is only a passing tremor in the life of the planet. The meaning believers in progress imagine they can impose on history is an expression of their own hopes and fears, and bound to be lost in the drift of time."

In short, if I read Gray correctly, he admits the progress in science and technology (and he's grateful for it), but he dismisses the prevalent belief that advances in this area lead to advances in ethics, somehow make human being more rational.

Gray would say that, oddly enough, faith in progress though the growth of knowledge is itself irrational. Says Gray bluntly: " . . . there is no consistent link between the adoption of modern science and technology on the one hand and the progress of reason in human affairs on the others."

The Taliban commander uses his smart phone to detonate an explosion to kill and maim children sitting in a classroom.

Mr. Floyd: thank you very much for sharing the thoughts of John Gray. I have heard of him, but I haven't read anything by him. Your quotes will prompt me to look into his work further.

It is a difficult balance. Of course, science and "knowledge" have (in general) led to a better life (in outer particulars). But, as we all know, none of this changes human nature.

Part of me has long felt that "the Enlightenment" was a mixed blessing, for it led to the misbegotten idea of human utopias and the supposed inevitability of "progress."

It is good to hear from you again. Thank you for stopping by.

Mr Pentz, I very much liked this post. I have two quotes which I think relate to what has been said here. I thought you might be interested to read them:

"...the less explanation the better. Things not understood have a radiance of their own."- Joan Aiken

"...no event any longer come to us without being shot through with explanation. In other words almost nothing happens that benefits storytelling; almost everything benefits information. Actually it is half the art of storytelling to keep a story free from explanation." - Walter Benjamin.

I would also echo Mr Floyd in recommending John Gray. I have just read The silence of the animals, and am about to read Straw dogs. A very interesting thinker.

Mr. Ashton: thank you for the comments by Joan Aiken and Walter Benjamin: they fit well in this context. And thank you as well for your recommendation of John Gray's writing.

After receiving the comments from you and Mr. Floyd, I have looked around on the Internet, and I can see that I need to read some of Gray's work.

For instance, I came across this remark in his foreword to the paperback edition of Straw Dogs: "Political action has come to be a surrogate for salvation." How true! I have long felt that the attitudes and language of the politically preoccupied of our time have a sort of religious fervor about them -- with their god/gods being some version of an unattainable utopia.

As ever, it is good to hear from you. Thank you very much for visiting again.