As I have noted here before, I do my best to keep the news of the world out of my life.  However, by some sort of media osmosis, reports of, say, a president being caught in an oft-repeated bald-faced lie eventually seep into my consciousness.  Likewise, news of the latest social engineering scheme gone awry or of the most recent instance of governmental ineptitude, dissembling, and/or cupidity sooner or later washes ashore, like a sodden corpse.

But these are the usual run-of-the-mill occurrences out of time immemorial, aren't they?  Herodotus and Gibbon catalogued them for us long ago.  What separates our era from others is its noisome combination of political utopianism, credulous faith in science, and instantaneous media hysteria. (All products of the so-called Age of Enlightenment, by the way.)

Of course, each of us believes that our own soul (however one wishes to define that term) is not subject to manipulation or theft by this seductive triumvirate.  I delude myself in this fashion on a daily basis, and the next morning I have to begin my soul-preservation project all over again.

(Yikes!  What set me off on that bout of pontificating?  Turning on the TV, naturally.) 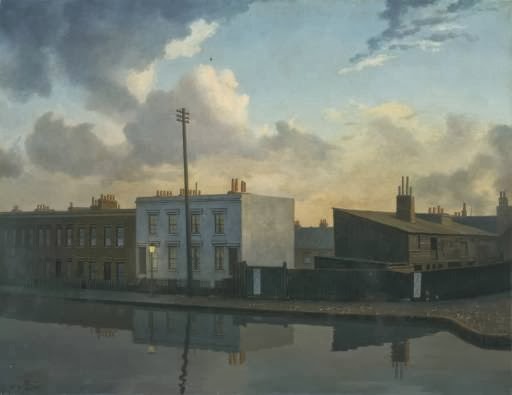 I am the echoing rock that sends you back
Your own voice grown so bold that with surprise
You murmur, 'Ah, how sensible I am --
The plain bluff man, the enemy of sham --
How sane, how wise!'

I am the mirror where your image moves,
Neat and obedient twin, until one day
It moves before you move, and it is you
Who have to ape its moods and motions, who
Must now obey.

Algernon Newton, "Birmingham with the Hall of Memory" (1929)

The way we live now is expertly diagnosed in the following poem, which was first published in 1951.  Imagine what has transpired in the ensuing 60-odd years.

Are telltale signs that a chimera has just dined
On someone else; of him, poor foolish fellow,
Not a scrap is left, not even his name.

And ugly customers for someone to encounter,
It is our fault entirely if we do:
They cannot touch us; it is we who will touch them.

We prod or kick or measure and are lost:
The stronger we are the sooner all is over;
It is our strength with which they gobble us up.

If someone, being chaste, brave, humble,
Get by them safely, he is still in danger,
With pity remembering what once they were,

Of turning back to help them.  Don't.
What they were once was what they would not be;
Not liking what they are not is what now they are.

No one can help them; walk on, keep on walking,
And do not let your goodness self-deceive you:
It is good that they are but not that they are thus.

Remember:  it is "our fault entirely" if we encounter these "ugly customers," and we must never forget that "they cannot touch us; it is we who will touch them."  But here's the rub:  we must be "chaste, brave, humble" in order to "get by them safely" -- a tall order when we have been schooled in "wantonness," "fear," and "conceit."  How prescient Auden was in that choice of words!  Have a look at the (non-natural) World out there today:  a non-stop carnival of wantonness, fear, and conceit.

Is Auden over-simplifying?  Perhaps.  But the heart of what he says rings true.  "Walk on, keep on walking." 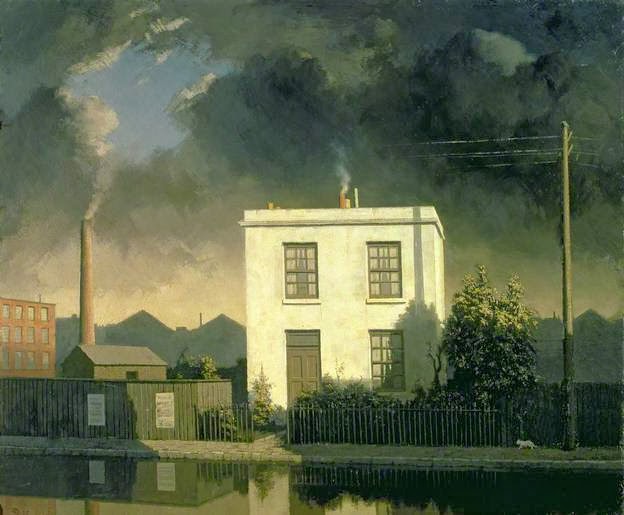 "What separates our era from others is its noisome combination of political utopianism, credulous faith in science, and instantaneous media hysteria."

Sounds like you need to get back up to the mast-head.

Thank you, Andrew. But I always regret giving myself blood pressure spikes by letting the unchangeable rile me up! Afterward, I feel as though a chimera has dined on me.

It's always good to hear from you. Merry Christmas and Happy New Year!

Bob: yes, probably so -- please see my response to Andrew's comment above.

Keep that TV turned off! I make it easy by not having one. Still, the noxious news does seep in.

Goethe Girl: yes, I know, I know. But I'm weak . . . like a moth to the flame, morbid curiosity, watching slow-motion train wrecks, et cetera. A New Year's resolution is in order perhaps.

As always, it is nice to hear from you. Merry Christmas and Happy New Year!