Today, I've had two poems circling around each other.  I've been doing my best not to pin them down.  I have no desire to concoct an "explanation" for why they have appeared beside one another.  However, at one point a single word floated up:  distance.  And then I told myself to stop thinking. 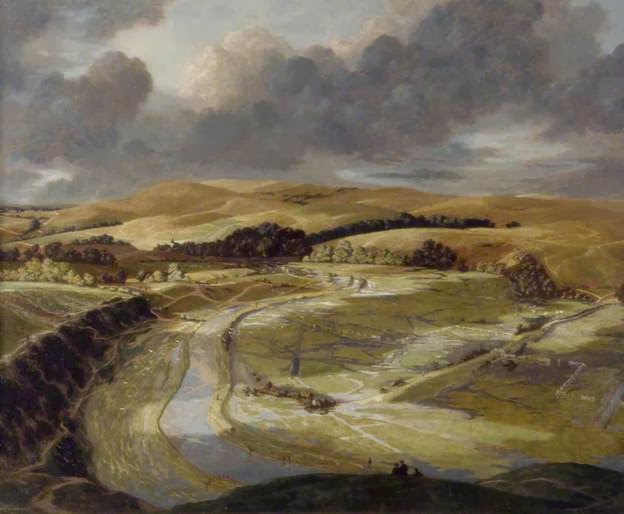 I saw her amid the dunghill debris
Looking for things
Such as an old pair of shoes or gaiters.
She was a young woman,
A tinker's wife.
Her face had streaks of care
Like wires across it,
But she was supple
As a young goat
On a windy hill.

She searched on the dunghill debris,
Tripping gingerly
Over tin canisters
And sharp-broken
Dinner plates.

Patrick Kavanagh, Ploughman and Other Poems (1936). 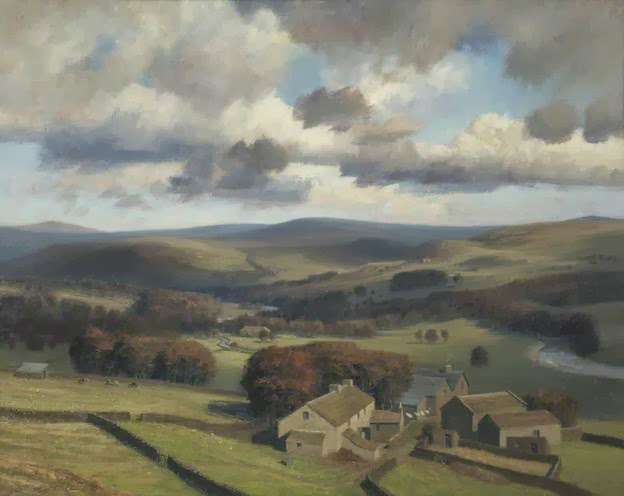 I have no idea what distance has to do with any of this.  And I don't want to seem coy or pretentious by bringing it up.  I'm not harboring any secrets. I'm merely reporting what happened. 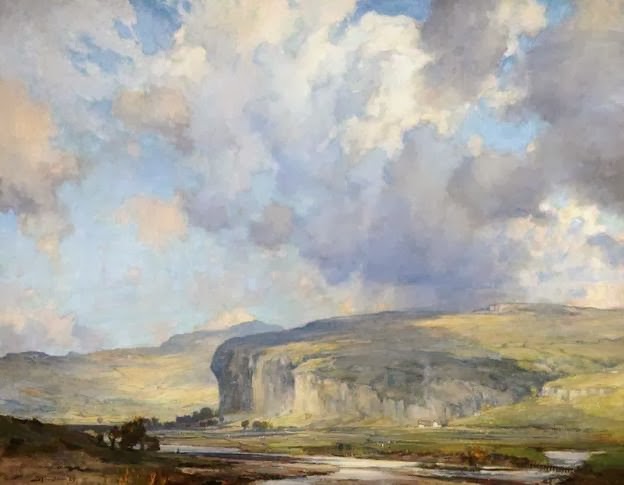 I think perhaps the distance is in the perspective of the writer Mr Pentz?

I was pleased to see the Haiku, as having discovered in the past week that Edward Thomas had more than a passing knowledge of Japanese poetry from his work as a reviewer, I begin to see his own work in a totally different light (thank you Judy Kendall, although I need a dictionary to understand your writing!) With Japanese poetry, as I understand it, it is pruned to the essential, and it is what is left out which is as important as what remains? Have I understood that correctly?

However, I digress. The Kavanagh poem is a beautiful observation of those for whom life's necessities must be discovered in a less traditional habitat! "Her face had streaks of care" sums it up beautifully. A hard life. We used to have gypsies begging at the door for cast-offs, and trying to sell things they had made, so I can understand the perspective of this piece.

Beautiful paintings, as ever.

When it comes, the Landscape listens--

On the look of Death--

Bovey Belle: I haven't read Kendall's book yet, but I hope to, especially since you mention that she discusses ET and Japanese poetry. I seem to recall you and I talking about "the hundred last leaves stream upon the willow." In a letter to Eleanor Farjeon, he says this of the line: "I am only fearing it has a sort of Japanesy suddenness of ending." Hence, I suspected he had some knowledge of Japanese poetry, but now I want to find out more.

Yes, your description of Japanese poetry is a good one. I would only add that what you say is true of Japanese art and culture as a whole, with haiku being just one manifestation of this centuries-old aesthetic, which is in turn influenced by even older Chinese, Buddhist, and, to some extent, Taoist influences.

As for "distance": yes, I see what you mean.

Brian: thank you very much for the Dickinson, which sounds about right -- that "certain Slant of light" she writes of, with its "Distance", is the sort of feeling that fits well with the poems, I think.