At the beginning of winter, I tend to be drawn to Chinese and Japanese poetry.  Perhaps the spareness and the directness of the poetry match the look of the world at this time of year.  But spareness and directness do not preclude intimation and depth.

In a recent post, I mentioned that I like to let a poem sit with me for a while in order to give it time to unfold.  I think this is particularly important with respect to Chinese and Japanese poems.  They are deceptively short and "simple."  We mustn't make the mistake of thinking that they are therefore "simplistic."  Appreciating them takes patience and -- for those of us who are not Chinese or Japanese -- a willingness to let go of our discursive tendencies (as well as of our tendency to jabber).

The fact that a "simple" four-line poem by Li Po (701-762) can be translated into sometimes widely varying English versions suggests that there may be more to the poem than immediately meets the eye.  This doesn't mean that the poem needs to be "explicated" or picked apart.  It just needs to be given time to quietly sit. 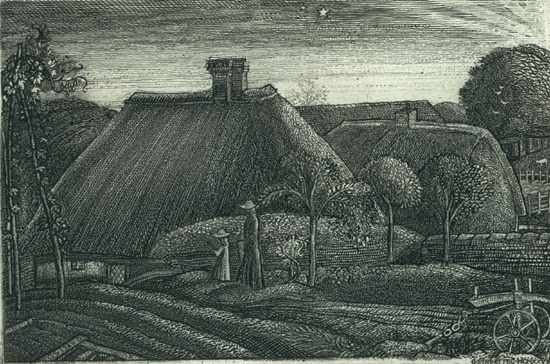 In the Quiet Night

The floor before my bed is bright:
Moonlight -- like hoarfrost -- in my room.
I lift my head and watch the moon.
I drop my head and think of home.

In a note to the poem, Seth states that "the moon in line 3 is specified as a hill moon or mountain moon."  Ibid, page 51. 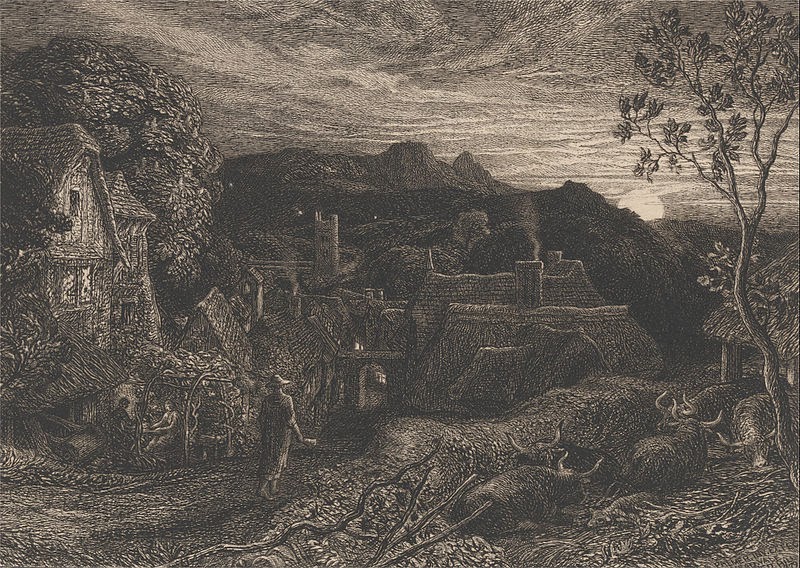 On a Quiet Night

I saw the moonlight before my couch,
And wondered if it were not the frost on the ground.
I raised my head and looked out on the mountain moon;
I bowed my head and thought of my far-off home. 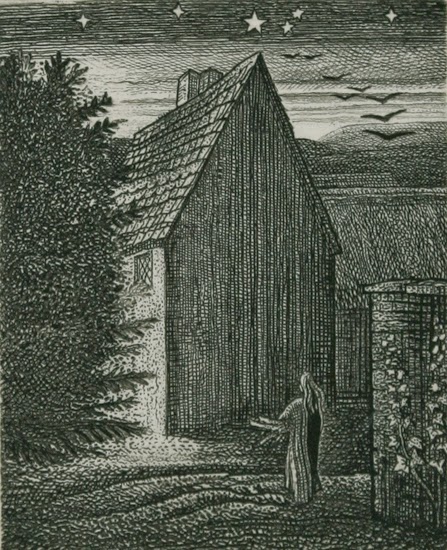 A pool of moonlight on my bed in this late hour
like a blanket of frost on the world.

I lift my eyes to a bright mountain moon.
Remembering my home, I bow.

My lack of Chinese precludes me from opining as to which translation is the "best."  Of course, this raises the perennial question:  is the "best" translation the one that is the most "accurate" or the one that captures the "poetic" essence of the original?  I am not about to dive into that oft-contested battle.  I only wish to suggest that this sort of poetry deserves patience and contemplative attention, for it has a depth that belies its surface simplicity. 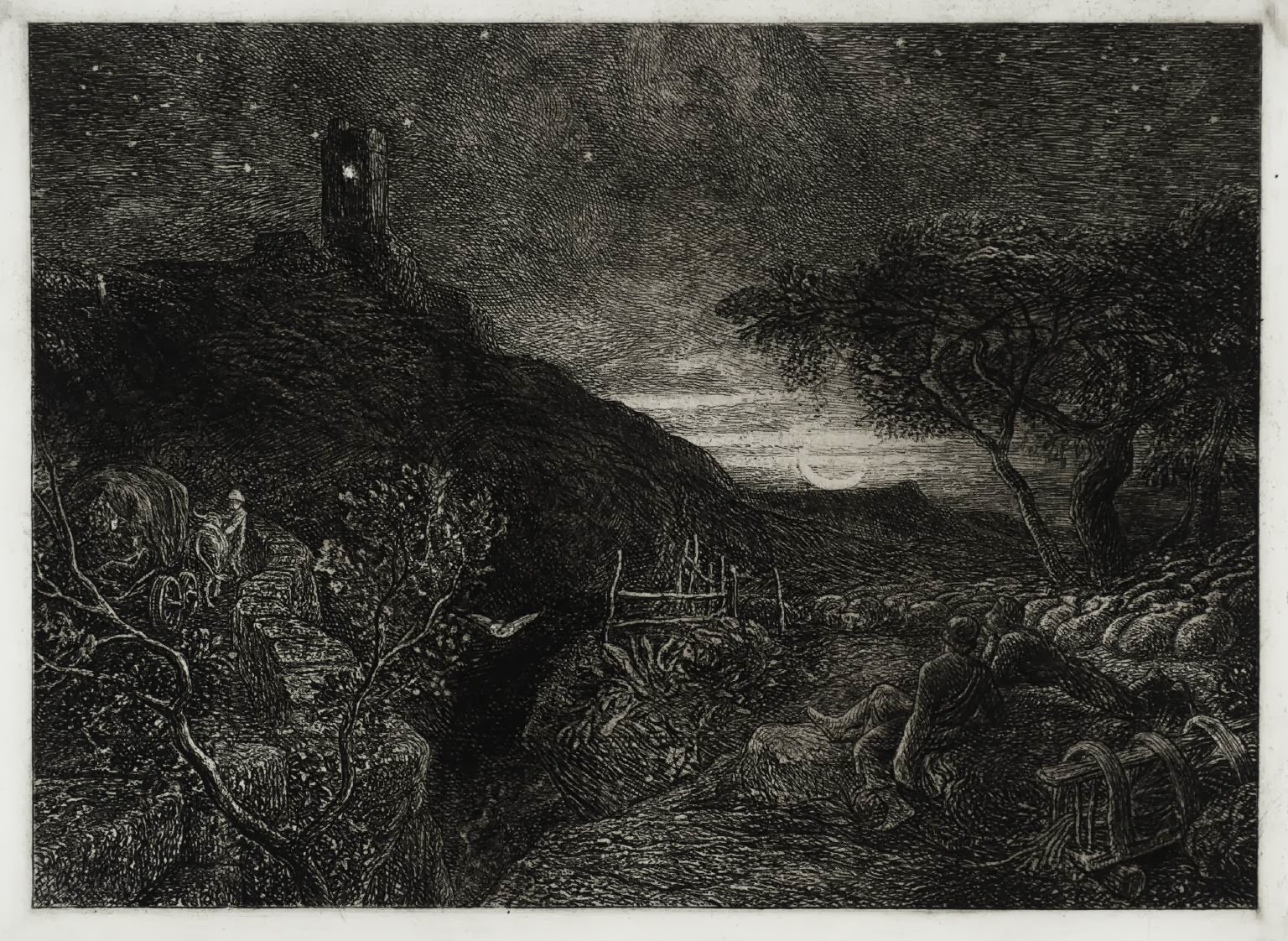 Mr Pentz, I don't read Chinese either and so lack any expertise to comment, but for me the translations by Burton Watson and Vikram Seth seem to speak longest and deepest.They have a spareness and directness, as you say, that does make you pause at the end of reading and sit.The first translation has been with me all day, perhaps because it was the first one I read. Thank you for introducing this to me. I have read some of Li Po's poetry before, but not this one.

The question regarding the types of translation--literal or poetic--always reminds me of Frost's response to the question--what is poetry?

Frost said that poetry is what gets lost in the translation.

I also had a similar post with 8 versions of a haiku by Basho. Which was the best one? Or the right one? Don't know. But, I did have a favorite one.

Thank you for this lovely post. It is so interesting to read the various translations and mull them over one by one. I will venture out there and say the first is the one I prefer, but that is said with a complete ignorance of Chinese... only an opinion.
And I am pleased that you note that simplicity of the form is far from simplicity of the poem. These are deep waters and I love them. I write haiku, and more recently, haibun,tanka, and tanka prose. It is wonderful, but not a simple process. So much to learn.
Best wishes,
Mary

Mr Ashton: looking at the post now, I realize that I subconsciously posted the translations in my order of preference: I also think the Watson and Seth translations are my favorites. As I may have mentioned previously in a post or in comments, Watson is my favorite translator of Chinese poetry (he is excellent at Japanese poetry as well): he is always faithful to the original text, yet he has a style and tone of his own that seems (to me) to be just right.

I haven't read as much of Li Po's poetry as I ought to have. This past month I've been making an effort to catch up, and have been comparing various translations for each poem that I read. By the way, the Obata book (which was pioneering) is available on the Internet Archive site. In addition to containing a large number of poems, it has a great deal of biographical detail, together with a section of poems written by other Chinese poets about Li Po.

As ever, it's very nice to hear from you. Merry Christmas and Happy New Year!

Fred: yes, the Frost comment is right on point, isn't it?

Thank you for the reference to your post on the Basho translations, which I have now visited. It's amazing at the large variations on three lines. However, my starting point is always R. H. Blyth, and, admitting my bias towards him, here is his version, which I think is wonderful:

Ill on a journey;
My dreams wander
Over a withered moor.

Again, that's just a personal preference. I find that Blyth is always true to the original text, and doesn't usually add subjective English poeticisms (which I see in quite a few of the translations that you include in your post -- I'm sure you noticed them as well).

Thanks for stopping by again. It's always good to hear from you. Merry Christmas and Happy New Year!

Mary: thank you very much for stopping by again, and for your thoughts. As I noted above in my response to Mr. Ashton's comment, I prefer Watson's translation as well.

I admire you for trying to write in the Japanese forms. I completely agree with you: it is not as simple to do so as some people may think. There is an entire cultural context to the poetry that needs to be taken into account. I suspect that you have already read his work (and I apologize for always bringing him up), but R. H. Blyth's study of haiku is still the best there is. The four volumes are somewhat forbidding (but are delightful, once you get started). Volume 1 in particular is essential: it traces all of the converging strands that led to haiku: literary, religious, cultural, historical -- including the influence of Chinese poetry. I recommend it highly if you haven't read it.

Mr Pentz, Thank you for the information regarding the Obata book, I shall investigate this further. May I also take the opportunity of wishing you a Merry Christmas and a Happy New Year. I hope First Known When Lost continues for a long time to come. It is always a true delight to visit.

After my sophomore year in college I found a summer job with an engineering firm. I got paid minimum wage. The work was hard ( swinging a bush-axe in the heat, haplessly trying to fend off hordes of mosquitoes and yellow flies). We spent the summer surveying of a vast tract of land, thousands of acres.

One good thing about the job, ostensibly one that ran from eight to five for five days a week, was that the surveyor I worked with went back to his office about two-thirty or three in the afternoon to do his calculations. He could have given me some kind of work to do; instead, he let me spend this time reading.

I mention all this only to note that this free time I spent reading through "Sunlight Splendor: Three Thousand Years of Chinese Poetry." I fell in love with Chinese poetry that summer, an affection that still lingers after all these years, my older sensibility still charmed and amazed at so much meaning and beauty dwelling in such simplicity.

The title of the book, "A Sunflower Splendor," comes from the book's epigraph: Conrad Aiken's poem "A letter from Li Po":

"Exiled are we. Were [sic--should this be we're?]exiles born. The 'far away,
language of desert, language of ocean, language of sky,
as of the unfathomable worlds that lie
between the apple and the eye,
these are the only words we learn to say.
Each morning we devour the unknown. Each day
we find, and take, and spill, or lose,
a sunflower splendor of which none knows the source."

Mr Ashton: thank you very much for your kind words. I suppose I'll keep plugging along until I run out of poems to talk about -- which seems unlikely, I hope! Thank you as well for all of your comments throughout the year, which are always a continuing encouragement to me.

Anonymous: thank you for that anecdote -- back in the Seventies, when I was first encountering Chinese poetry, Sunflower Splendor was one of the anthologies that I came across as well, although my first introduction was through Ezra Pound and Arthur Waley. But, however one arrives there, I agree with you that, once you experience the poetry, it becomes a lifelong companion.

And thank you for the passage from Aiken's "Letter to Li Po," which I wasn't aware of (and I had forgotten that it was the source of the anthology's title).

As for the "poeticisms," yes, most are unnecessary. The translator seems to feel that Western readers might not "get" the point.

Fred: I completely agree with you about the motive for translators using English poeticisms -- they seem to think that poetry requires lots of adverbs and adjectives and flowery descriptions; otherwise, as you say, they think that Westerners won't "get it" (i.e., won't think that if fits our definition of what poetry ought to be).

I can somewhat understand this attitude from 19th century and early 20th century translators, but it mystifies me when I see contemporary translators do it. Obviously, they like the poetry, otherwise they wouldn't translate it, but they don't seem to realize that they are destroying the essence of it -- especially when it comes to the deep simplicity of haiku.

Merry Christmas to you. I look forward to hearing from you in the coming year.

Perhaps translators feel that contemporary readers, especially in the US, are even less familiar with poetry than were those in previous centuries. In the US reading and writing poetry has certain connotations for the general public.

Poets have been elected president or prime minister in European or South American countries. Can you imagine the reaction if a poet ran for president here?

Fred: good point: when confronted with the spareness of a haiku, I suspect a common response might be (even among those who like poetry): "So what?" Hence, as you suggest, the urge to make translations "poetic".

As for a poet as president: I'd be shocked to find an American president who even read poetry (other than for PR purposes). And (with the exception of Robert Frost and "The Gift Outright") don't get me started on the horrible poems that have been read at presidential inaugurations . . .