The Dream Of The Butterfly

The older one gets, the more life begins to take on a dreamlike aspect. Why is this?  First, one's awareness of the transience of all things (including oneself) assumes a more concrete presence.  Mind you, this awareness needn't be accompanied by fear or anxiety.  In fact, one's reaction might well be:  "Ah, yes, so that's how it is.  I suspected as much."  Second, decades of exposure to the follies and capers (evil or absurd) of one's fellow human beings (again, including oneself) cannot help but make you wonder if you are living in a dream world (or a nightmare world).

I claim no originality in making these observations.  The ancient Greek philosophers (Heraclitus, for instance) and the ancient Chinese Taoist philosophers explained these things around 500 B.C. (or earlier).   So much for our Modern God of Progress.  If anything, we have gone backwards since those times.

Chuang Tzu often wrote in allegories, the best-known of which is this: 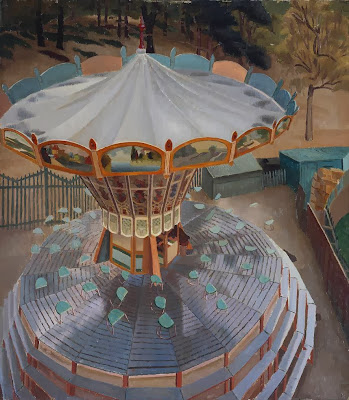 Li Po (701-762) was one of the five great T'ang Dynasty poets (the other four are Wang Wei, Tu Fu,  Po Chu-i, and Han Shan).  The poetry of all five is suffused with Taoism (together with greater and lesser degrees of Buddhism), but Li Po's poetry in particular reflects the riddling (and antic) qualities of Taoism.  Hence, it is not surprising that he would have written a poem about Chuang Tzu's dream of the butterfly.

Chuang Tzu and the Butterfly

The waters of the deepest sea
return to the smallest stream.

The melon-grower outside the city gate
was once the King of the Hill.

Even rank and riches eventually disappear.
You know.  And still you toil. 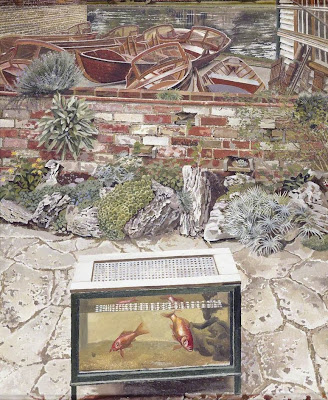 For purposes of comparison, here is another translation of the same poem:

Chuang Tzu and the Butterfly

Chuang Chou in dream became a butterfly,
And the butterfly became Chuang Chou at waking.
Which was the real -- the butterfly or the man?
Who can tell the end of the endless changes of things?
The water that flows into the depth of the distant sea
Returns anon to the shallows of a transparent stream.
The man, raising melons outside the green gate of the city,
Was once the Prince of the East Hill.
So must rank and riches vanish.
You know it, still you toil and toil, -- what for?

What, then, are we to do with this wisdom?  After all, we have to wake up each day and go about our business, butterfly dream or not.  But it can't hurt to have a little perspective.  A histrionic false world -- loud and vulgar and disingenuous -- clamors for our attention.  That world is nothing but a chimera. 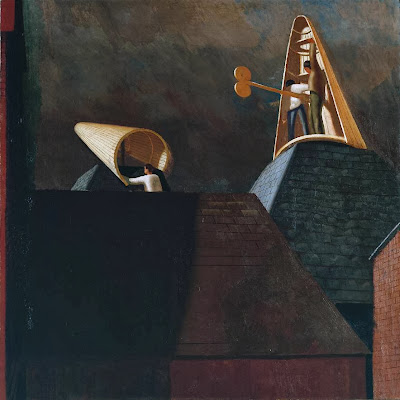 I enjoyed this so very much - thank you. It's an amazingly foggy morning here, quite dream-like and fits in well with the post.
Mary

This is why I prefer Lao Tzu to
Chuang Tzu.

Chuang Tzu plays mind games while Lao Tzu says this is the world, now deal with it.

Mary: I'm pleased you liked the post. It's not exactly butterfly season, but for some reason I got to thinking of Chuang Tzu and his butterfly during a cold December week.

Fred: yes, I know what you mean. I prefer Lao Tzu for the same reason. But I find that, if I focus on individual passages/allegories in Chuang Tzu, and let them sit for a while, I am more open to his style. But I see him more as an adjunct to Lao Tzu, or as a sort of commentary on Lao Tzu. Not that I've fully grasped either of them, of course! Far from it. I've only taken in vague inklings.

It's very good to hear from you again. Your thoughts are always appreciated.

Oh what a welcome shift from your recent wanderings among swedes and mangels which, however poetic, still conjured up for me such unappealing memories of 1950's English school dinners.
The timing of your delightful dream of a post fits perfectly with a moment of shared mourning and celebration in world history, which reminds us that the lives of even the greatest and wisest are transient.
Yet the influence upon humanity of some beings, like Lao Tzu and Nelson Mandela? Ah, that's surely a more enduring thing, and perhaps it also helps in part to explain the 'why' some at least of us may continue 'to toil', even in full knowledge that our lives must ultimately count as little as the merest blink of a cosmic eye..?
Sending warm and sunny wishes from that state of California surely founded in transience?

Anonymous: thank you very much for those thoughts. Yes, transient or not, we still have to go about our business, hoping for the best.

As for California and transience: having spent my formative years in Southern California in the 1960s and 1970s, it seemed eternal in a dreamlike way. Of course, having said that, I must admit that the California I knew has vanished entirely.

Again, thank you for your thoughts.