I confess that the following list by Frank Ormsby leaves me a bit perplexed. But, no matter:  the poem sounds lovely and, in addition, provides a good piece of advice.

Look in the dark alcove under the stairs:
a paintbrush steeped in turpentine, its hairs

softening for use; rat-poison in a jar;
bent spoons for prising lids; a spare fire-bar;

the shaft of a broom; a tyre; assorted nails;
a store of candles for when the light fails. 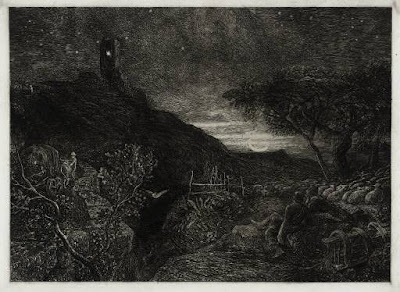 Wallace Stevens was fond of candles.  For instance, consider this:  what would the night be -- in fact, what would the whole of the universe be -- without a candle?  Your own particular candle.  Keeping "a store of candles" is indeed a wise idea.

The Candle a Saint

Green is the night, green kindled and apparelled.
It is she that walks among astronomers.

She strides above the rabbit and the cat,
Like a noble figure, out of the sky,

Moving among the sleepers, the men,
Those that lie chanting green is the night.

Green is the night and out of madness woven,
The self-same madness of the astronomers

And of him that sees, beyond the astronomers,
The topaz rabbit and the emerald cat,

That sees above them, that sees rise up above them,
The noble figure, the essential shadow,

Moving and being, the image at its source,
The abstract, the archaic queen.  Green is the night.

For more on "the topaz rabbit and the emerald cat," you may wish to visit Stevens's "A Rabbit as King of the Ghosts," where you will be introduced to a "fat cat, red tongue, green mind, white milk" and a rabbit "that fills the four corners of night." 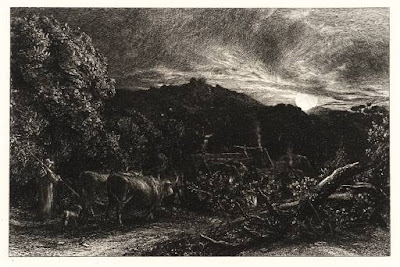 Wallace Stevens was a visionary:
.

Mr Leitz: Thank you very much for visiting, and for your comment. I agree with you about Stevens, and I think "The Candle a Saint" is a fine example of your comment.