Perhaps I am growing old and grumpy, but it seems to me that the character trait that is most prized in today's world is "self-esteem."  Of course, the flip side to "self-esteem" (unbeknownst to those who have it) is "self-delusion."  Thus, for example, I suspect that there are a large number of us who feel that we are both good and clever.  I offer the following poem by Elizabeth Wordsworth (1840-1932) as a possible source of humility. (And I do include myself among those who are in need of humility.) 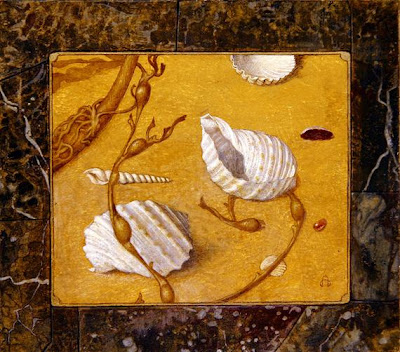 If all the good people were clever,
And all clever people were good,
The world would be nicer than ever
We thought that it possibly could.

But somehow 'tis seldom or never
The two hit it off as they should;
The good are so harsh to the clever,
The clever so rude to the good!

So, friends, let it be our endeavour
To make each by each understood,
For few can be good like the clever,
Or clever so well as the good! 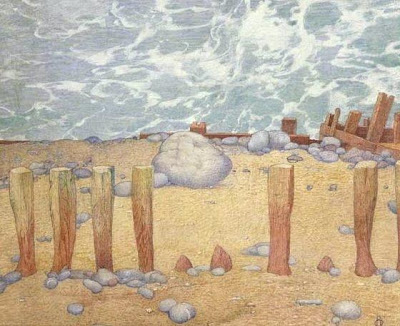 And ne'er the twain shall meet.

Is this the new format?

I find no way of having follow-up comments emailed to me. Is this your choice or a new "feature"?

Fred: thanks for the thought -- I suspect that you are right as to "good" and "clever."

The new format is not of my doing -- one of Blogger's changes. I have not changed anything in the settings as to either format or follow-up comments, so I guess this is the new way of things. Oh well.

As always, thank you for dropping by.

I guess it's too much work to notify us of the changes, and it would be even sillier to expect them to ask us if we wanted those changes.

This is interesting in light of all the psychological data that has found essentially a 100% correlation between self-esteem and "goodness" (behavior that is giving, loving, accepting, altruistic, roll with the punches, etc). Low self-esteem is correlated, of course, with addiction, eating disorders, low academic achievement, tendency to violence, intolerance and a host of other anti-social behaviors. I would add that it doesn't take much more than a cursory glance at the bios of famous artists, athletes, politicians etc., replete as they are with the tendency to use people, things and substances to get away from their own miserable self-regard, to see there is also a correlation of low self-esteem to cleverness, especially of the judgmental, self-aggrandizing or cruel kind.

Goodness and cleverness do seem to inhabit separate realms. But we need both to get a balanced picture: one to tell the joke, the other to laugh at it.

Mr. Sigler: as always, I appreciate hearing your thoughts. I'm afraid that you and I will have to agree to disagree when it comes to "self-esteem." I'm with Keats: the world is "the vale of Soul-making." "Self-esteem" does not have a place in that world.

Psychologists and other "social scientists" (an oxymoron, of course) are welcome to have a field day with "self-esteem." But, for me, it has no content. A curtain descends. I suppose that I am like Larkin: "One of those old-type natural fouled-up guys." ("Posterity")

As ever, thanks for stopping by, and for your thoughts.

I very much appreciate your thoughtful and poetic response, Mr. Pentz. It certainly clarifies some confusion I had as to why you were trying to posit self-delusion (a narcissistic personality disorder marked by extreme exaggeration of one’s importance) as the “flip side”/by-product of self-esteem, a relatively benign psychological term for self-evaluation. Your response indicates you look askance at all such “social science”-derived categorizations, preferring (as I do) the less rigid boundaries of poetic speculation. I infer your brief then to be against some supposed contemporary indulgence where people are filled like balloons with rarefied inflations of their own value, leading inevitably to a hubris that like Icarus does not even know it can be punctured and brought to earth at any time; thus, we live an unexamined life, unable to discern whether we are good or clever, thinking instead we have all noble qualities at all times.

Such airy self-regard evades the difficulties that are there to help us improve and grow. We miss the gift implied in Keats’ letter, where the best lessons are those that are the hardest: “…Do you not see how necessary a World of Pains and troubles is to school an Intelligence and make it a Soul? A Place where the heart must feel and suffer in a thousand diverse ways!”

If this is what you are driving at, then I must agree we must agree to disagree. From the moment we are born, it seems to me, we are taught we arrived as sinners, don’t measure up to others, have made bad choices, don’t listen, don’t react appropriately, have learned nothing from history, and must accede to others to survive. To have endured all that flak and still think you are valuable is a journey worth celebrating, in my view. The purpose of “soul-making” to me is not to merely accept the “world of pains and troubles” as the harsh, immutable facts of existence but to grow beyond their hold (as Keats did) by coming to understand through the heart that we are not separate from God, we are endowed with far greater powers than organizing human society limits us to, and that there is more to reality than what is seen. High self-esteem, broadly conceived, is vital to this evolution, for without an innate sense of worthiness before God there is only doubt and fear – the end of the soul’s progress. Of course, many argue against progress, the souls' or otherwise.

Mr. Sigler: I appreciate your taking the time to respond so thoughtfully to my response to your comment. Yes, I think that we shall have to agree to disagree.

You are correct that my comment was mainly directed at the abuse of the term "self-esteem" by "social scientists" (again, an oxymoron) and other popularizers. As you have noticed, the term is a red cape for me given the fact that it has been used to justify any number of pernicious social and individual "improvement" projects over the past 100 years or so.

As the term is now used, I do indeed feel that self-delusion is in most cases the flip side of "self-esteem." But perhaps it is all a matter of semantics.
For instance (and I probably need to think about this further), the phrase "sense of self" seems appropriate to me. Although, according to the OED, "self-esteem" was used by Milton as far back as 1667, the modern version is way too narcissistic (to fall back on a catch-phrase again!), self-aggrandizing, and self-congratulatory for my taste.

But that's just me: "an old-type natural fouled-up guy"!

I wish to emphasize that I consider this a friendly, non-combative agreement to disagree.